The Lego variation of the caped crusader is back in his own film The Lego Batman Movie! In the follow-up to the wildly popular first film The Lego Movie we catch up with Batman (Will Arnett) who pretty much finds himself to be lonely once he finishes fighting crime.

His loyal butler Alfred (Ralph Fiennes) reminds Bruce of his loneliness when he tells him in the clip “Your greatest fear is being a part of a family again,”. Alfred also reminds Batman that he needs to take responsibility for his life and become a better mentor to Robin (Michael Cera)  whom Batman hilariously forgets he adopted in the first place.

From there on Batman must figure out how to coexist with his new annoying sidekick and save Gotham from The Joker (Zach Galifianakis) with some added help from Batgirl/Police Commissioner Barbara Gordon (Rosario Dawson). The fun trailer backed the sounds of Wiz Khalifa’s mega-hit record “Black &Yellow” and updated remix of Jefferson’s Starship’s “We Built This City” has The Lego Batman Movie looking like it’s going to be a much more enjoyable experience than Batman V Superman or Suicide Squad. 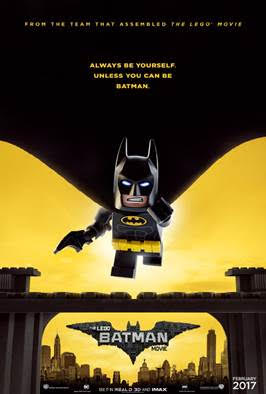 Host comedian Zach Galifianakis jumped right in with his silly hijinks, starting by attempting to sneak up and scare the former Secretary of State before getting tackled by the Secret Service. Galifianakis continues to ask Clinton a slew of unconventional questions, some of which she doesn’t even bother to answer.

The two go on to discuss what she should wear to Monday’s debate, her stance on Obama’s Trans-Pacific Partnership, and whether she ever feels the inclination to be racist since it’s working so well for Donald Trump. Galifianakis even stops for a brief commercial break to play a Trump campaign ad which Mrs. Clinton isn’t at all amused by.

Watch all the awkward hilarity that ensues below.

The Wolfpack is back! Stu (Ed Helms), Phil (Bradley Cooper) and Alan (Zach Galifianakis) return where all the drama started Las Vegas in the third installment in The Hangover franchise. Looks like the gang is all here except Alan’s dad who apparently passed away in what is rumored to be the last film in The Hangover series. The film seems to be following the route of its previous two predecessors with the trio being shot at, chased and picking up wild exotic animals. There was no sign of Phil and Stu being drugged by Alan but im not going to rule that out. Checkout the hilarious trailer for The Hangover III below.