Tiffany Evans has released the video for her original Christmas song, “All I Want,” which was filmed in Atlanta.

“Christmas is one of my favorite holidays. To me, it’s a celebration of Jesus’ love for the world. I enjoy spending time with those I hold close — my family and friends,” says Evans.

This week, Evans visited TV One‘s Sister Circle Live to reveal she is working on a new project that will be executive produced by her mentor T-Pain.

Singer Tiffany Evans takes on The Weeknd’s hit single “Starboy” with her own version titled “STARGIRL.”

Evans is currently working on new music that will follow her 2015 EP All Me. The EP, which included her Fetty Wap assisted single “On Sight,” debuted at no. 10 on the iTunes R&B Albums Chart.

Following her “On Sight” acoustic video, Tiffany Evans returns with a stripped down performance of her fan-favorite track “T.M.I.”. The video was filmed on a trail in Atlanta, GA and features Sharod “Mr. Virtuoso” Allen on the guitar.
The song was co-written by Tiffany and Rahim “GoTo” Roberts and is lifted from her All Me EP, which is out now.
Get “All Me”
iTunes: http://smarturl.it/AllMe
Google Play: http://smarturl.it/gAllMe
Amazon: http://smarturl.it/aAllMe
Spotify: http://smarturl.it/sAllMe
Connect with Tiffany
Twitter: @mstiffevans
Instagram: @tiffanyevansofficial
Facebook: facebook.com/tiffanyevans

Songstress Tiffany Evans brings us the acoustic version of her Fetty Wap assisted record “On Sight.” Taking us through the streets of Atlanta, Evans showcases her vocal chops accompanied by Mister Virtuoso on guitar. Keeping the energy and swag of the original, Evans delivers a raw rendition definitely worth a listen.

Check it out below.

The princess of R&B Tiffany Evans has just releases her visual with rap superstar Fetty Wap. The song portrays a flirty song about Evans wanting a guy to make that first move when he sees her in person. She puts the spotlight on him and sees what he does to seize the moment! It’s a perfect showcase for the new Tiffany. It’s a performance video directed by Evans and creative directed by Renzo Henderson that highlights her fun and dance-driven persona. ZooGang makes a quick appearance, including Remy Boy Monty.

Tiffany spoke about how the shoot went down:

The video was initially shot in New York that was supposed to have a street romance storyline. Fetty’s scheduling did not permit for him to shoot with the team in New York.

The New York video was scratched three weeks later Fetty randomly came into town (Atlanta) for a show and his team hit me up and asked me if I still wanted to shoot his scene for the video. That same day we had to plan a whole new video shoot to match what we were doing with Fetty which is why the footage from New York was scratched. All of it was last minute but we got it.

By the time we were ready to shoot it was 1 a.m. and we were still at Fetty’s house. He drove one hour away from his home in his own car to the location just to shoot his scene for me. When we arrived to the location, I had to fix my makeup, hair and wardrobe and him and his team waited in the lounge playing pool like it was nothing. Very sweet guy and humble. Definitely something I will not forget. Fetty and I also got a chance to talk about our kids on set during break.

Following the visual, Evans will release her long-awaited EP entitled, All Me. The collaboration with Fetty is pretty effortless in swag, not too much going on to make you catch the vibe.

Peep the video above.

The talented Tiffany Evans graced us with her presence over at SFPL TV! After a long hiatus, Tiffany is back and working on new music as she advised us in the interview that she has a project in the works. She also spoke about collaborating with Fetty Wap on her current single “On Sight”, Ciara, family and much more.

Check out the full interview above.

You can find more music from Tiffany Evans and her cover of Chris Brown‘s “Back To Sleep” on her Soundcloud HERE.

Singer/Songwriter Tiffany Evans jumps on the populated track, Chris Brown‘s “Back To Sleep” since it’s official remix series release and gives her point of view from a woman’s prospective. The T-Mix version was written by GoTo and Tiffany herself.

Lifted from her upcoming EP All Me due out Oct. 30th, Tiffany Evans delivers a fly slow jam titled “T.M.I.”.

The voicetress herself, Tiffany Evans drops new music from her upcoming EP All Me. The official single is entitled “On Sight,” which features New Jersey’s “Trap Queen” hitmaker Fetty Wap. Check it out above and let’s know what you think! 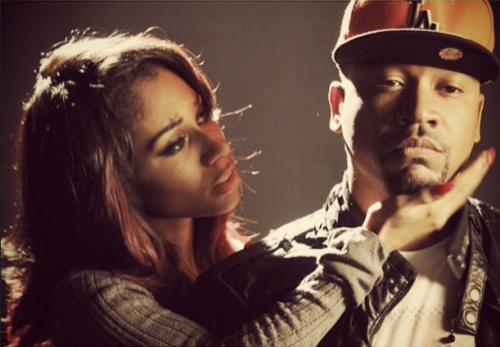 Tiffany Evans is not the young girl we use to know! Catch her as she premieres her newest visual featuring actor Columbus Short.