Last night, at AMC Lincoln Square located in NYC, the cast and crew of the highly anticipated film Ghost in the Shell took over NYC for the film’s premiere.

Johansson plays the role of The Major, a human saved from a terrible crash, who is cyber-enhanced to be a perfect soldier devoted to stopping the world’s most dangerous criminals. The Rupert Sanders directed film is based off the famed anime of the same name created by Masamune Shirow.

Ghost in the Shell  arrives in theaters in regular, 3D and IMAX formats tomorrow. To see more photos from the night checkout the gallery below.

The scene was Tokyo, Japan, at Toho Cinemas Shinjuku as thousands of fans lined (some in costumes) up to see the cast and crew attend the world premiere of the highly anticipated film Ghost in the Shell.

Director Rupert Sanders brings the popular manga (comic) to life and it stars Scarlett Johansson as The Major, a human who survives a terrible crash and saved by cyber enhancements. The enhancements also come with the task of taking the down the world’s notorious criminals as she is now the perfect soldier thanks to her upgrades.

Fans were definitely excited to meet the cast and crew of the film as well! It was most certainly an awesome experience for fans!

Ghost in the Shell arrives in theaters nationwide March 31st!

Tabloid in Tokyo was the stage on Sunday as stars of the upcoming film Ghost in the Shell, Scarlett Johansson, “Beat” Takeshi Kitano, Producer Avi Arad and director Rupert Sanders joined fans and influencers to celebrate the global launch party for the film.

In the film Johansson plays The Major, a special ops one-of-a-kind human-cyborg who leads the elite task force Section 9. Devoted to stopping the most dangerous criminals and extremists, Section 9 is faced with an enemy whose singular goal is to wipe out Hanka Robotic’s advancements in cyber technology.

The unique experience included an opening with Taiko drummers and a performance from legendary anime film composer Kenji Kawai.

Before viewing the trailer fans were treated to never-before-seen-footage from the film. They also got to get an up-close look at costumes and props from the highly anticipated film. Attendees also got to capture their experience utilizing a film-centric experiential photo booth – “Becoming The Major”.

Once everything wrapped up Scarlett, Rupert and Kitano introduced the film Ghost in the Shell to the world globally premiering the trailer.

Ghost in the Shell which hit’s theaters March 31st, 2017 is already marred in a bit of controversy due to its casting of Johansson as the lead character The Major. Some fans of the original Japanese manga are calling Hollywood out on what they consider “whitewashing” of the role and feel there were plenty of Asian actresses who could have filled the roles. 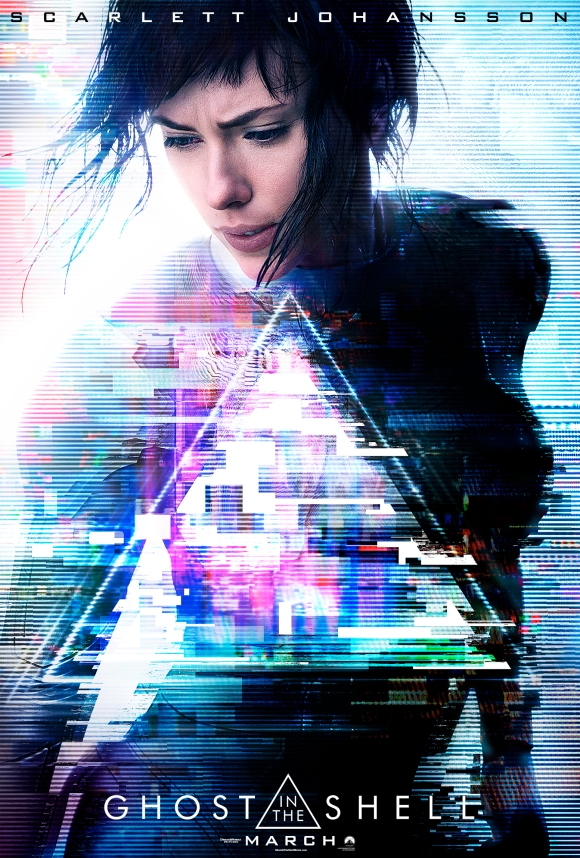 Director Rupert Sanders spoke on the his casting of Johansson saying “I cast very much from the gut.” and also defended his choice of Johansson by saying “I think whenever you cast someone, someone’s going to be critical of it. To me, I stand by my decision,” he told the crowd of fans. “She’s the best actress of her generation, and I was flattered and honored that she would be in this film.”

Sanders also points out that he full support from the creators of the original anime and director Mamoru Oshii. Well from the trailer the film looks promising and we are curious to see if the film does the iconic anime justice. To see more photos from the event and stills from the movie itself hit the gallery below:

The event film is set in a world entirely inhabited by animals, we follow a koala named Buster Moon (Matthew McConaughey)  a delusional-optimist who owns a theater that has fallen on hard times.

To save it, he comes up with and produces a great singing contest. As you can imagine the contest goes over well with the masses and attracts many but five contestants immediately standout from the rest. Illumination today unveiled photos today with the cast sharing the stage with their lovable animated counterparts. Peep them below: 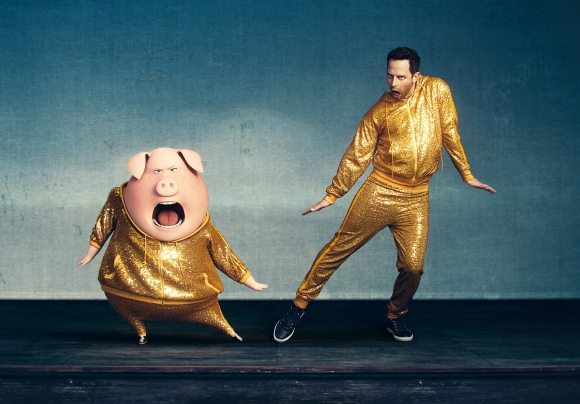 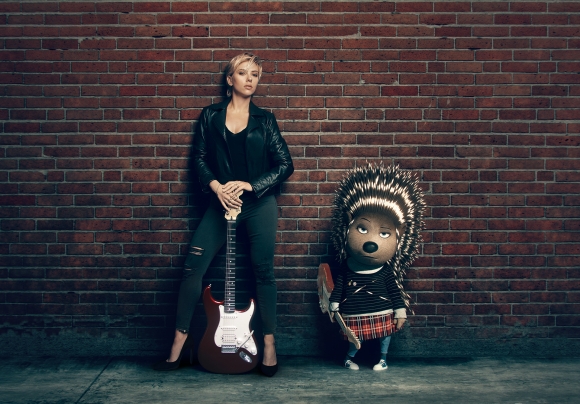 This sure isn’t The Jungle Book we grew up with as kids cause it didn’t look this FLY! The Jungle Book live-action adaptation’s release is right around the corner so it’s time to get the promotion train rolling.

The Jungle Book directed by Jon Favreau who brought us Iron Man, tells the story of Mowgli (Neel Sethi) a man-cub raised by a pack of wolves since he was an infant. He is no longer welcomed in the jungle when Shere Khan (Idris Elba) declares all man including Mowgli are a threat to the jungle.

Having to abandon his home Mowgli begins on a grand adventure meeting exotic jungle creatures, some who don’t have his best interests at heart.

Pretty damn FLY if you ask us,peep the rest of the cast photos in the gallery below. 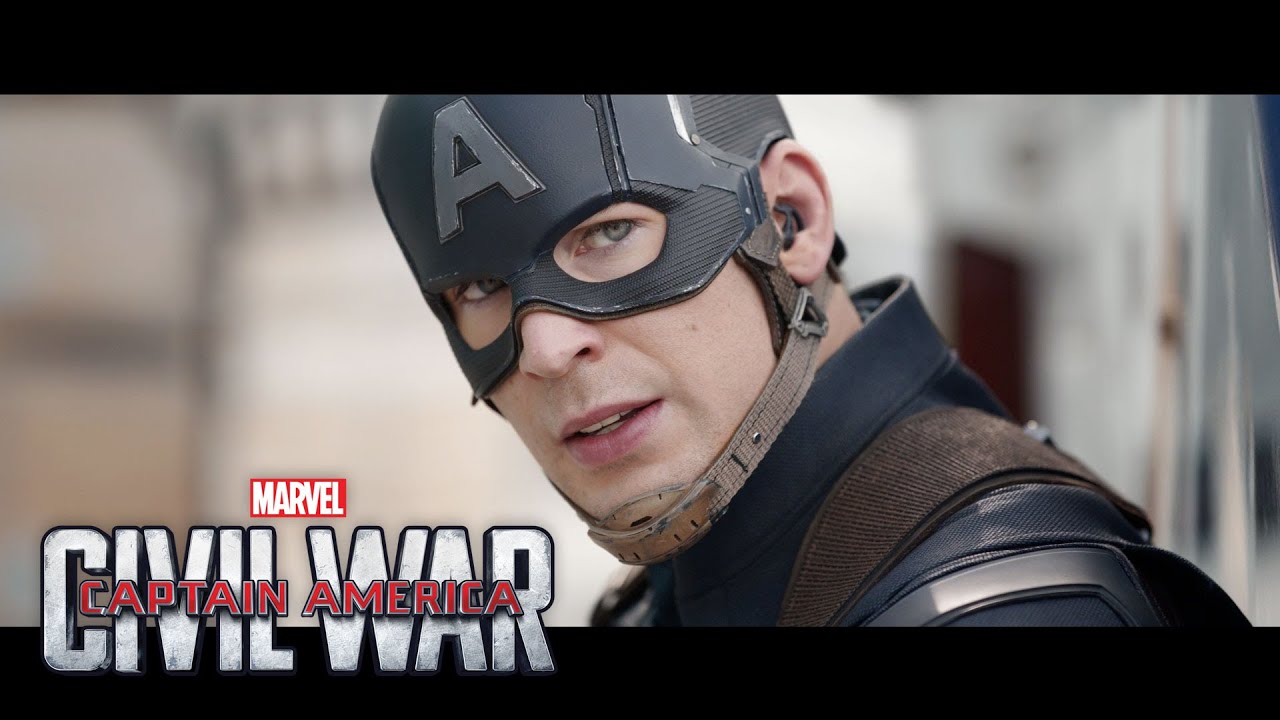 After the cataclysmic events in New York with The Avengers, Marvel’s “Captain America: The Winter Soldier” finds Steve Rogers, aka Captain America, living quietly in Washington, D.C. and trying to adjust to the modern world. But when a S.H.I.E.L.D. colleague comes under attack, Steve becomes embroiled in a web of intrigue that threatens to put the world at risk. Joining forces with the Black Widow, Captain America struggles to expose the ever-widening conspiracy while fighting off professional assassins sent to silence him at every turn. When the full scope of the villainous plot is revealed, Captain America and the Black Widow enlist the help of a new ally, the Falcon. However, they soon find themselves up against an unexpected and formidable enemy—the Winter Soldier.

Checkout the trailer below…

Yea we gotta see this!