They say this is a big, rich town.

It’s been a year, but we finally get to hear Joe croon those sweet words again from our television speakers because Power is back. So here is a quick rundown of last season. The gang is all here, well everyone except for Raina, played by Donshea Hopkins, who gave her life defending her bonehead twin brother in the leaked penultimate episode. Season 4 ended with Riq, played by Michael Rainey Jr., getting revenge on Ray Ray for viciously taking out his sister, parents, and uncle showing up just in the nick of time to cover it all up. When all signs pointed at Dre for being responsible for everything, Ghost, Tommy and Kanan decide to join forces to take out the opportunistic budding drug lord.

So let’s get into season 5, shall we?

Fly ones we have a lot to unpack in the world of Power so let’s get to it. We took a week off from bringing you our recaps thanks in large part to last week’s episode being leaked and messing up the whole flow. So lets just jump into tonight’s very emotional episode that definitely had folks yelling at their television screens!

Continued On The Next Page

Last week’s episode of Power did the absolute most in an hour! There were so many twist and turns squeezed into one episode that left everyone’s heads spinning and mind’s completely blown.

Ghost and Tommy lost a very loyal soldier in Julio thanks to Dre’s sneaky ass. Kanan flipped on Jukebox and decided to save Riq instead of exacting his revenge on Ghost by killing them both. On top of having to saving Riq, Ghost also learned his wife made a deal with his enemy Simon Stern forcing him into working with him again. Tommy almost had Christmas cancelled on himself when he went to Chicago alone, BUT thanks to his convincing story – he made it out of the windy city alive. Oh and he also made peace with Holly in his own way by beating Holly’s molesting ass Uncle’s head in with a baseball bat. BRUH!

Now that we are all caught up , let’s get into this week’s episode of Black America’s new favorite Sunday pastime Power!

The Fallout From The Failed Kidnapping!

Tonight’s episode opens up with Ghost and Riq’s extremely annoying ass riding the train after surviving a very traumatic ordeal. 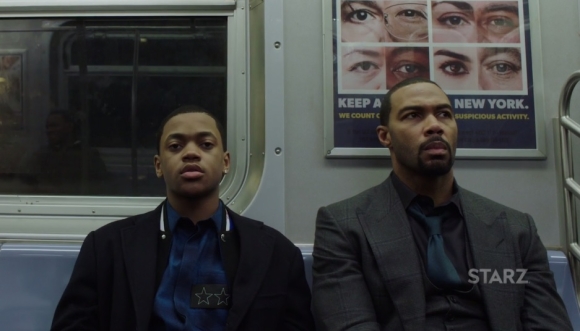 Now we are sure you are wondering why Ghost and Riq are riding the train home instead of taking a Uber or something?

Well we are just going to assume that this is Ghost just trying to make sure there is no evidence of both him and Riq being anywhere near that murder scene. The two of them look absolutely dazed and hell it’s understandable, Riq almost lost his life and Ghost almost witnessed it. Hell lets not forget that Ghost also just saw the man he tried to flame broil not too long ago save his son. So there is definitely a lot of processing going on between the both of them during that train ride back home.

Tommy finally gets back in town and quickly learns from Black Grimace (yes that’s his name) that Ghost and Kanan hit the stash house and killed one of the crew. After his ordeal in Chicago this was the last thing he thought he would have to be worried about.

At that exact moment Tommy gets a call from Ghost and he wants answers ASAP. Ghost doesn’t tell him much details just that something happened with his nephew and where to meet them. Tommy wastes no time and heads over to Ghost and Riq’s location to find out what happened to his nephew. As soon as he hops out the truck and ask’s Riq if he was okay? Riq immediately runs to his Uncle and gives him a hug. 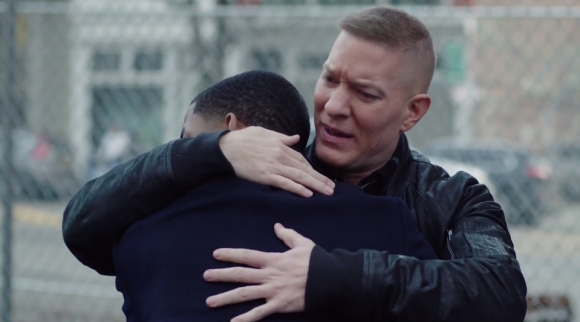 That was a much better hug than the one he gave his own father last episode after he saved his damn life.

Riq gets in the car while his father and uncle chop it up and Ghost brings Tommy up to speed about what’s going on. Ghost reveals to Tommy that Kanan is still alive and that him and Jukebox were the ones behind Riq’s kidnapping. Tommy also had something to reveal as well and that was the fact that Tasha already received a ransom request that she failed to reveal to Ghost. Ghost breaks down exactly what happened between him Kanan and Jukebox and how Kanan turned on her. Tommy was basically like all of us last  Sunday after hearing the story.

Before Tommy takes them home he has to know one thing from Riq. He asks Riq if Dre was telling the truth in regards to know anything about going on. This was Riq’s chance to redeem himself with the Power massive and guess what? He failed the test miserably by lying once again when he tells Tommy that Dre is pretty much clean on the Kanan matter.

Ghost and Riq finally make it home and are immediately greeted by Tasha whom has been worried sick about her son Riq. She immediately wants to know where they both have been all night? She wants the answer from the Riq especially and tells him not to lie to her about it either. Riq responds to his mother by raising his voice and pointing out that his mom lied to him about what happened to Shawn? Tasha was like:

Ghost reveals to Tasha that Riq was kidnapped by Kanan and that it wasn’t the first time it happened. After swallowing that tough pill, Ghost and Tasha head into the bedroom to argue . 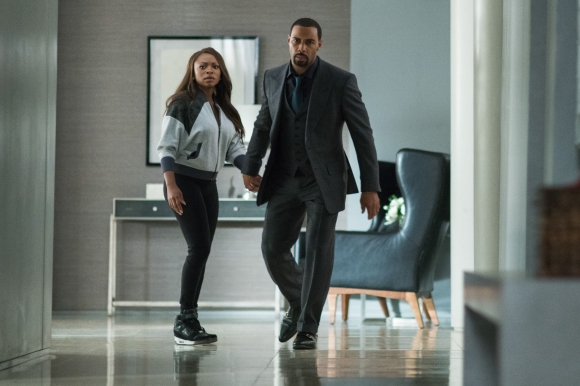 The two go back and forth about the situation and why information was neglected to be share. Ghost takes it there by saying Tasha only had one job and she loses it. Tasha rips Ghost a new one by breaking down that not only did she have deal with his lying son, she also had scrounge up bail money and play housewife to keep Ghost stress free as instructed by Proctor. Tasha makes it perfectly clear that the only reason they are in this situation is because Ghost couldn’t keep stop messing with that fed punani.

Ghost is a free man and he owes his life to none other than Angela Valdez who put her neck on the line for him by telling the truth. So that means everything goes back to normal now for Ghost right?

Ghost has even more trouble waiting for him on the outside in the form of Kanan and Jukebox. With Ghost being free they decide it’s time to put their original plan of holding Riq hostage for ransom back in motion. Oh and of course once they get paid they will kill both Ghost and his son for good measure.

So lets step into tonight’s episode of Power shall we?

To celebrate the forthcoming release of his new EP, Rotimi debuted his new single entitled “Want More” feat. Dancehall superstar Kranium today! The new track is the embodiment of summer vibes with its Afrobeat/Reggae feel.

Jeep Music Vol. 1 will feature production from James “Keyz” Foye III (Bryson Tiller, Diddy, K. Michelle) as well as additional guest appearances by 50 Cent and T.I. (full track listing below). Jeep Music Vol. 1 details the ups and down of love, a homage to the vehicle driven by his ex.

Fans can exclusively experience live performances of music from Jeep Music Vol. 1 as Rotimi joins August Alsina on his DON’T MATTER Tour. The 24-city tour starts today and will be stopping in such major cities as Los Angeles, New York, Chicago and Atlanta (full itinerary below). Tickets are currently available for purchase via Live Nation.

Whether acting, singing or songwriting, the 28-year-old triple threat can do it all! Starring in the record breaking and critically-acclaimed Starz hit drama POWER alongside Omari Hardwick and Curtis “50 Cent” Jackson, the New Jersey native has taken the world by storm with his interpretation of Andre Coleman. Rotimi has further proved his acting prowess this year with roles in much discussed Netflix films DEUCES and Burning Sands.

Born to Nigerian parents and raised in New Jersey, Rotimi started singing at weddings at the age of six. Since then, he has been determined to become R&B’s next superstar. Signing to 50 Cent’s G-Unit Records in 2015, Rotimi released his first EP entitled Royal Wednesday the same year.

With Rotimi’s star power constantly evolving, Jeep Music Vol. 1 will take the listener on a musical ride that is sonically intoxicating! 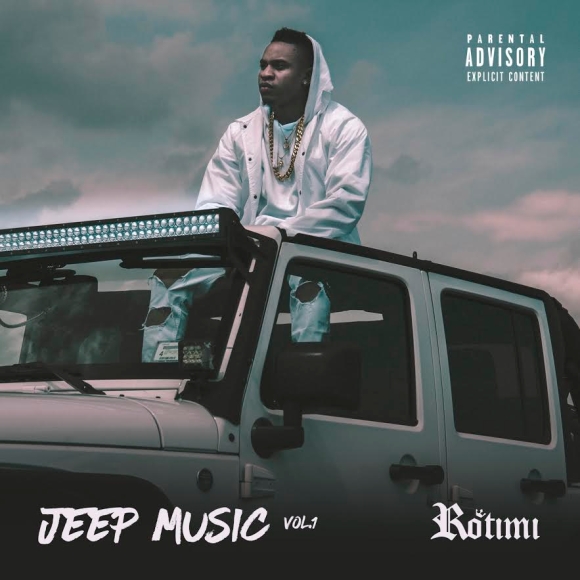 For The Latest On Rotimi, Please Visit:

The moment we have all been waiting for has finally happened! Ghost is now a free man and the internet expectedly took the news like it was their homie being set free. The reactions poured in after the judge dismissed all charges after Ghost’s unlikely savior Angela came through like Jordan in the clutch.

Ghost’s freedom wasn’t the only thing celebrated tonight, folks were equally just as happy Riq was kidnapped…AGAIN, Angela being suspended and Julio spotting Kanan with Dre. What really blew everyone away in terms of shock value was how Ghost cancelled Christmas on Charlie Murphy’s character Marshal Williams.

Tonight was a good night for Power fans indeed. Hit the gallery below to see the Internet’s hilarious reactions from tonight’s episode of Power:

Last weeks episode of Power was an emotional roller coaster ride and left us wondering how in the world can the Power writers top it? Well they most certainly succeeded cause tonight’s episode  ‘Don’t Thank Me’ takes this season to another level.It easily is the seasons best so far! 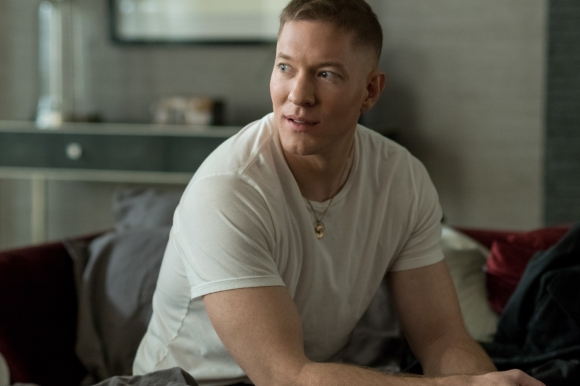 Hit the gallery below to get into this weeks Power recap!

Team James St. Patrick managed to score a minor victory in court thanks to Proctor’s skills and having the D.N.A evidence thrown out. BUT Ghost, his family and anyone closely associated with him are not out the woods yet. Ghost has a new enemy to worry about in Tony Teresi, his son is out running the streets with his old nemesis Kanan and the prosecution is still hungry to get him the needle. 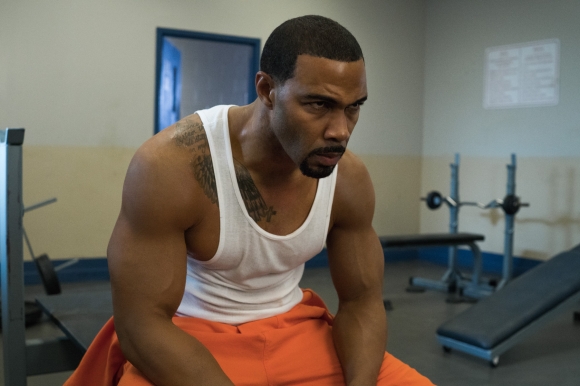 Now it’s time to step into this week’s Power recap!

The prosecution is out for blood and they want nothing less!

In the clip above, Angela and the rest of the prosecution team are engaged in a heated debate about James and what exactly his punishment should be. Mak, Mike and Saxe is questioning Angela’s commitment to cause of putting away James for good. While Angela secretly just wants jail time for her ex-lover, they want James to get the needle and that’s it. Angela reluctantly agrees with the rest of her team but is clearly torn on the inside.

We just hope Proctor and Terry can come through for our guy Ghost in the end. Make sure to check back with us immediately after Power airs on Sunday for our full recap of this weekend’s upcoming episode.

‘The Kind of Man You Are’: Power Season 4, Episode 403 POWERful Moments Recap!

On The Gram: Hilarious Meme Reactions To Episode 402 Power!

If you have yet to become familiar with Millyz, now is a perfect time. A native of Cambridge, MA, the MC has been treading his own path, building a strong following within the New England area and beyond. Having already been featured Funk Flex’s show as well as Statik Selektah’s show on Shade 45, Millyz continues to further his name and brand. A strong affiliate of the legendary LOX collective, he has collaborated with the likes of Jadakiss and recently, he unveiled his brand new cut titled “Young Tommy.” Inspired by Joseph Sikora’s character on the hit Starz program Power, the track finds Millyz trading bars Styles P of The LOX.