Just when you thought it stopped at the t-shirts….Nope! Birdman now drops a new song carrying the same trending title “Respek.”

In case you were under a rock, the popular saying comes from his recent interview/visit at Power 105.1‘s The Breakfast Club. Although, the conversation lasted for about two seconds, Birdman acknowledge how feels like he isn’t “Respek-ed” on the station from all “tree” members of the morning show: Charlamagne Tha God, Angela Yee and DJ Envy.

Soon after, the video went viral and social media went into frenzy with the hilarious slogan(s). Days later, the Cash Money mogul created t-shirts and immediately started selling them online.

Now, he drops a song addressing the altercation, again in his own words.

Trick Daddy is back! Representing the city of Miami, the veteran southern rapper keeps it all the way trill touching on subjects of; music, sex, waist trainers, instagram and rap names, Rick Ross, 50 Cent, Vivica Fox, East vs. West coast, family and so much more.

The Rap names are worse than some of these instagram names.

The last couple of years, I was not interested in doing music, I didn’t care nothing about music because I saw where it was going, I hated it.

About allegedly being an “old bitter rapper” based off the interview:

See one thing about it, you have to live to get old. I don’t do nothing I can’t do. I stay in my lane and I do what I can do. I don’t consider myself a rapper, and yes i’m getting old. I thank God I can get old. My oldest child is 20, my next child is 14 — if I can live to see them get grown and see my grandchildren, then i’ve done enough for the world. The truth ain’t gon’ never be fake, and the lie ain’t gon’ never be the truth.

There’s so many gems that we would be literally typing ALL DAY. You gotta watch this FULL interview below:

Just two days before his recent motorcycle accident in Patterson, New Jersey, Fetty Wap stopped by Power 105.1‘s The Breakfast Club to talk about his music accolades, breaking records, growing up with one eye, who inspired “Trap Queen”, buying a house for his parents and much more.

@fettywap1738 is on now with @breakfastclubam – Tune in at www.power1051FM.com/listen

Peep the full interview below:

With her upcoming album Jackie on the way, Ciara gets back into heavy press mode and stops by Power 105.1’s The Breakfast Club, and touches of a view topics like; Motherhood, Family, Future, Jermaine Dupri‘s comment about “I Bet” being a rip-off of Usher’s “You Got It Bad,” Tamar Braxton’s alleged shade of an IG post and so much more.

Check out the interview in full below:

You know, good timing is always perfect! And, better what time than now, for Kanye West to stop by the “ear of streets”, as he stated, and discuss a number of topics that have been roaming around; all in just barely one month.

During Ye’s interview with Power 105.1’s The Breakfast Club, Mr. West speaks about his wife, Kim Kardashain, his ex, Amber Rose, the Yeezy Boost sneaker, Tyga and Kylie Jenner (who he thinks they’re in love), which he spilled the beans in an unedited version of the interview.

On The Yeezy Boost:

See I didn’t want them to be limited actually, that’s something that the company did. I really want as many people to get them as possible. I don’t want to price to be $350. I don’t want to play like this sneaker culture game and all this so they be reselling this for high prices and stuff. I just want people have what I make. Like ain’t no limited release to College Dropout or limited release of Graduation.

On Kim being nude in magazine spreads:

“She could get naked if she wants to. It’s not illegal. And think about this, if Adam had never ate the apple we would all be naked.”

When asked how does he feel about Tyga and his sister-in-law’s relationship, and if it’s inappropriate to him:

I think that…that was a good question right there. I think that…I think they’re in love man, you can’t…you can’t tell nobody…(from here the tape was cut short).

And Tyga felt some kind of way when he posted this way before West’s interview:

Your beauty never goes unnoticed. One of the best/dopest person in my life.

Welp! There you have it!

Peep this short clip of the unedited version where Kanye speaks on Tyga & Kylie’s relationship, saying that they’re in love:

Dawn Richard has been celebrating quite the success of her newly released album Blackheart. Now she speaks with Power 105.1’s The Breakfast Club about the real drama with DK3, and what really went down in the studio.

END_OF_DOCUMENT_TOKEN_TO_BE_REPLACED 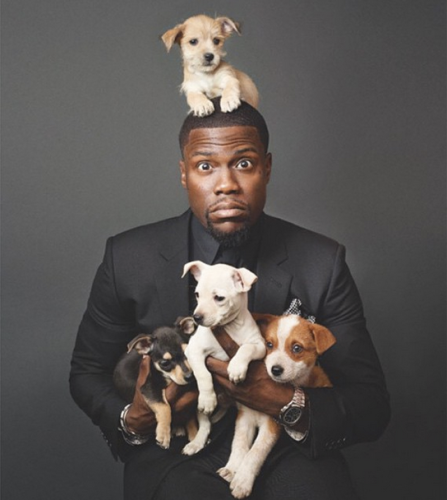 Kevin Hart arguably maybe one of the most humble dudes in Hollywood. Peep his full interview with Power 105.1’s The Breakfast Club and sip some tea as he gives us some info on his beef with Mike Epps.

This week, Jordin Sparks sat down with Power 105.1 The Breakfast Club. She talked about everything from the BMW ex-boyfriend Jason DeRulo gave her, what made them break up and what made her lose weight. Peep more of the interview below…

END_OF_DOCUMENT_TOKEN_TO_BE_REPLACED 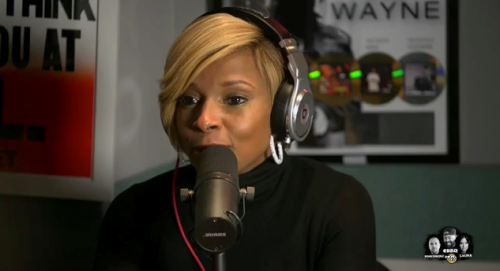 Covering a lot of interview ground, SFPL put together for you a few interviews of your favorites speaking on their music, relationships and more. Check it out after the jump…