* Update * Ellen DeGeneres has also confirmed that Kim Burrell will not be appearing on the show.

For those asking, Kim Burrell will not be appearing on my show.

She’s out! Kim Burrell’s homophobic got the gospel singer officially removed from performing alongside Pharrell on The Ellen Show.

TMZ caught up with Janelle and asked her the million dollar question about Burrell performing and she confirmed that Burrell was indeed out.

“I don’t think she’s performing, she’s not performing! I am huge advocate for the other, and I don’t stand for any hate speech or anything that targets our fellow brothers and sisters in a negative way.”

The TMZ cameraman also asked if Burrell’s part on the song should be nixed? or if Janelle would ever perform with Burrell again? He got no reply on either question. Before the ax came down on Burrell’s performance both Pharrell and Janelle both spoke out issuing statements via social media about the issue.

It was definitely the right move to make as hateful rhetoric should not be tolerated at any cost. The Ellen Show has yet to respond on the situation. We hope Kim learns from her huge mistake. On a positive note Hidden Figures is in theaters January 6th, we got a chance to see the inspirational tale early and it’s absolutely amazing. Janelle, Taraji and Octavia were absolutely shined in the film, so make sure you and the family see that and start your new year off with some inspiration.

Watch: Kim Burrell and Pharrell Williams Perform “I See A Victory” On The ‘Tonight Show’

The Cast of Hidden Figures Takeover NYC For Premiere!

Taraji P.Henson, Octavia Spencer and Janelle Monáe lead an all-star cast in Hidden Figures, based on the untold true story of three African-American women who were instrumental in helping NASA with one the greatest space operations in history.

The movie can’t get here any sooner as we as a country need something to inspirational right now as we are still trying to wrap our minds around our 2016 Presidential Election results. 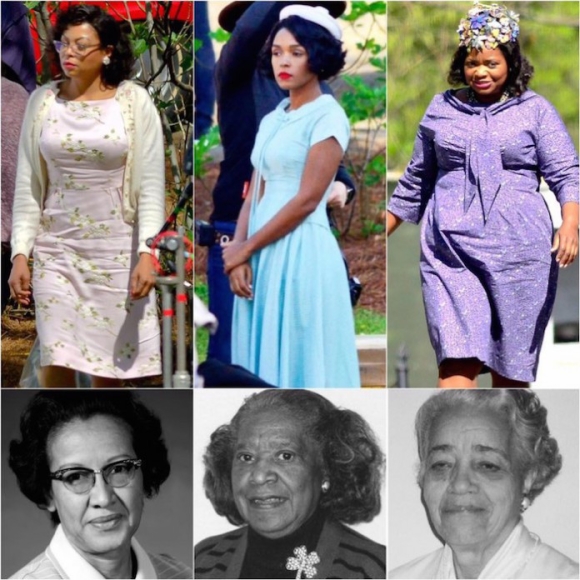 You can also catch the Facebook Live listening party for the Hidden Figures with Pharrell and Janelle Monáe tonight 6:30 pm PT/9:30 pm ET on the official Hidden Figures Facebook page.

Pharrell unveiled two new tracks “Runnin” and “I Surrender” featuring Lalah Hathaway today off the upcoming film Hidden Figures official soundtrack. The Grammy Award winning producer is not only a producer on the film but also a part of a great team responsible for the films score including the legendary Hans Zimmer (The Dark Knight) and Benjamin Wallfisch (12 Years A Slave).

The film itself tells the UNTOLD story of historic #BlackGirlMagic revolving around a trio of brilliant African-American women Katherine G. Johnson (Taraji P.Henson), Dorothy Vaughn (Octavia Spencer) and Mary Jackson (Janelle Monáe) who were instrumental in the NASA mission that launched astronaut John Glenn into orbit. The songs perfectly capture the sound that was synonymous with the 1960’s. Listen to them both below:

Hidden Figures is in theaters on Christmas Day!

Last night’s 9th season finale of The Voice was quite the show! Talk about a free concert all wrapped into one!

Usher and ‘The Voice’ contestant and now winner, Jordan Smith graced the stage with an epic duet of Raymond & David Guetta’s chart-topping hit single “Without You.”

The Weeknd, is no stranger to our TV screens and radio, as he performed a medley of his hits; “I Can’t Feel My Face”, “The Hills” and “Earned It”.

Watch all three performances below:

After an eventful New York Fashion Week where Margie’s been spotted with the likes of Timbaland, Pharrell, The Weekend and Ilovemakonnen, Margie hosted an NYFW End All Release Party at the REC Room at No. 8.

‘New Shit’ is Margies first single following up her smash debut album Radio Ratchet. The track is produced by the Norwegian platinum producer Harald Austad and released by the indie label Supervillain.

‘I’m always searching for what’s new and next. When I first heard the beat I knew I had to make something futuristic. It’s all about that new new’ – Margie

Margie has recently been featured by Huffington Post, Yahoo Style, Vogue Italia, Bullet Magazine and more for her fashion and music work. After building a name for herself as a plus size style blogger with Margieplus.com, she has now taken the next step as an artist, into the world of music.

Our Cover Fly Guy, Rico Love debuts his new visual “Happy Birthday” in the best festive way possible! Paying homage to those like Diddy and Pharrell, the hit-maker brings back the love of dance just before the world of social media took over as a distraction to actually enjoy yourself, while in the club or at a party.

Just debuting the official song on this year’s BET Awards, Diddy brings back his old name “Puff Daddy” with the debut visual of “Finna Get Loose.” The track was produced by and features none other than Pharrell Williams, who joins Puff in the video.

In a gritty warehouse, the two music cohorts hit the stage with a plethora of attendees in tow that are dancing the night away to the populated tune, directed by the legendary Hype Williams.

You can also peep cameos from Diddy’s two sons, Christian and Justin Combs as they provide the moves of the signature “harlem shake” dance in the shadows.

CHECK OUT THE FULL VIDEO HERE

It’s that time again! Time to dig into your pockets and splurge on a dope pair of kicks this weekend. It  is summer time and why not hit the weekend cookouts with something FLY on your feet. Check out some of the FLY kick that will  drop this weekend that you have to cop-out on after the jump. 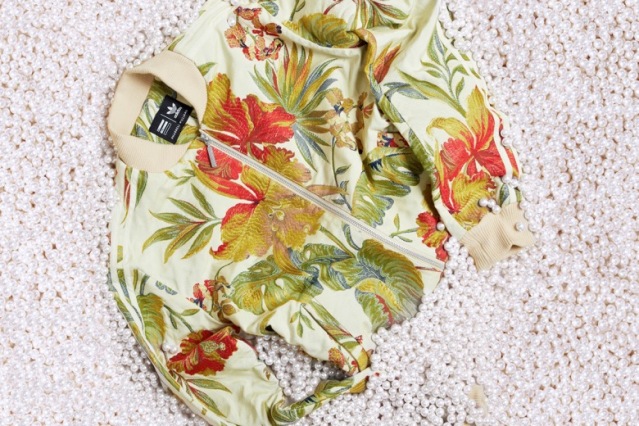 A match made in heaven, when Pharrell Williams and Adidas get together, its authentically a beautiful site. And just as it is expected, when he adds his touch to the mix, you’re bound to be blown away.

Using the German sportswear giant’s iconic Stan Smith silhouette and the timeless Superstar track jacket as a canvas, Pharrell has embellished both pieces with jacquard embroidered floral prints in two lavish color combinations. The luxe renditions of the Stan Smith are complete with embossed Pharrell branding at the heel tab and a custom insole.

With only 200 pieces per item to be sold at several flagship stores around the world, you can expect these dope classic spins to fly off the shelves instantly!

You can get your hands on this fly Pack by May 30th but you’ve better move fast!

Thumbs up on another dope collab! We’ll keep an eye out on what’s next to come from this fly team! Until then…..