Omarion heads to Cape Town in his new visual for “BDY On Me.” The song samples Next’s 1997 classic “Too Close” which will be on the singer’s upcoming album Reasons due out soon.

Dropping music still under the Maybach Music moniker, Omarion parties the night away with a few beautiful women and some of his close friends in the special video clip, as well as, showing off a few of his dance moves.

In the video, the two L.A. cohorts chill beachside, Malibu style and on a yacht with a few beautiful  ladies in tow and some bubbly, while donned in a few winter pieces under the sun. Through their wardrobe, they took the meaning of the song bringing to an eye-catching perspective.

You can cop Kid’s new surprise album [dropped on Christmas Day 2015] Summer In The Winter HERE.

Omarion kicks of 2016 by letting us know he “Ain’t Even Done.” Maybach O teamed up with Wu-Tang Clan’s Ghostface Killah for his latest track.

Back in December the singer’s hit “Post To Be” failed to earn a Grammy nomination. At the time Omarion went on Twitter to voice his displeasure saying,

“”Post to be” is one of the greatest R&B collaborations ever. CB, Jhene, & myself been in the game 10+. Even though people act like its easy to make a hit (& it’s not). As an artist you look forward to being acknowledged by the game. The odds have always been against me. I constantly prove you wrong. I’ll consistently do great things & you will have to celebrate me.”

Omarion made sure to let everyone know he wasn’t just being salty.

Maybach O is clearly ready to back up all that talk. Produced by Knxwledge, “Ain’t Even Done”, features a laid back beat while Omarion sings about all he’s achieved while letting us know there’s still more to come. Collaborator Ghostface took to Twitter to give props to Omarion and he hit the New York rapper back, thanking him for blessing the track with his superior bars.

You can listen to Omarion’s “Ain’t Even Done” featuring Ghostface Killah and check out their Twitter exchange below.

@GhostfaceKillah it’s an honor KING! Thank you for blessing me with those bars & high level vernacular. It’s a generational victory. #blesUP

Riding off his success of the new single “Post To Be” featuring Jhene Aiko and Chris Brown, which according to Billboard surpasses Mariah Carey‘s claim for the longest gap between chart-topping songs — not to mention being part of the hit reality show: Love & Hip Hop Hollywood — it’s quite clear that the former B2K member has earned the title of “The Comeback King”. 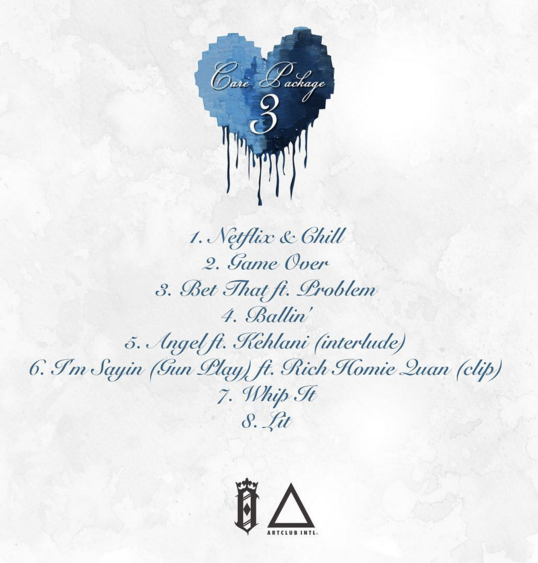 While his new album Reasons has been delayed, this week, Omarion surprised fans with a new collaborative track entitled “Game Over” featuring BJ The Chicago Kid, and announced the upcoming release of his music series Care Package 3 with appearances by Rich Homie Quan, Problem and songstress Kehlani.

Check out “Game Over” below:

Both Ty and Paak were dressed head to toe by Balmain. The H&M X Balmain collection features plenty of exquisite beading, velvet, suede, military-inspired jackets and embroidery – that one would expect from a collaboration between the haute couture French fashion house and Swedish high street fashion company. The fellas were seen mingling with a few fellow attendees like Cindy Crawford, Ashley Benson, Omarion, Christina Milian and more.

Guests and celebs, including Schoolboy Q and Omarion, enjoyed first hand demonstrations of this innovative technology with a live performance by singer/songwriter Anderson .PAAK and band The Free Nationals Live.

Team SFPL was on deck for the show! Take a look at all the dope photos as we recap the night after the jump.

END_OF_DOCUMENT_TOKEN_TO_BE_REPLACED

Linking up with his music affiliates; French Montana and Kid Ink, Omarion takes his hit single “I’m Up” to a fancy mansion clad with beautiful women and party goers, as they turn-up to the fresh new sound.

PHOTO BY: BEATS BY DRE

Moving up in music rankings, collecting now 15 k for a verse and 20k for a hook, New Jersey native Fetty Wap drops off yet another song entitled “I’m Straight.”

Fetty will be joining Chris Brown‘s One Hell of a Night Tour starting Aug. 12th, along with Teyana Taylor, Kid Ink, Omarion, Migos, and French Montana.

The special quartet are asking people to take action against domestic violence in a very simple way:

By donating a used wireless phone. Verizon is aiming to reach 1 million phone donations to their HopeLine program by the end of 2015. These phones are turned into vital resources for victims and survivors of domestic violence. For more information, please visit http://www.verizon.com/about/hopeline.

Take a look at the video below:

Join now to help the cause!