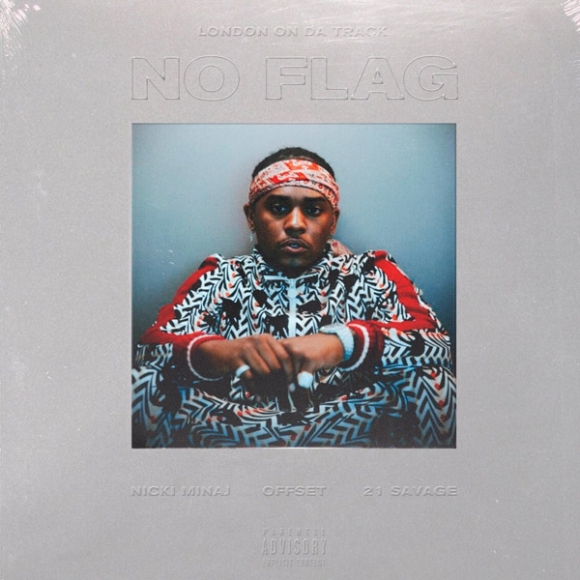 London On Da Track pairs up with Nicki Minaj, Offset and 21 Savage for “No Flag.” Take a listen HERE. 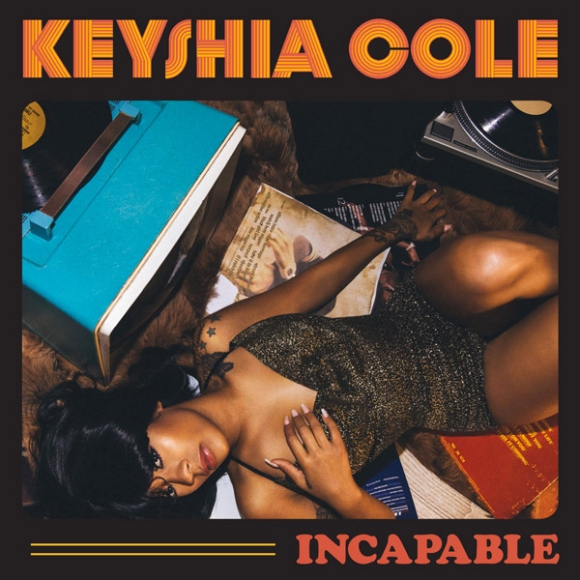 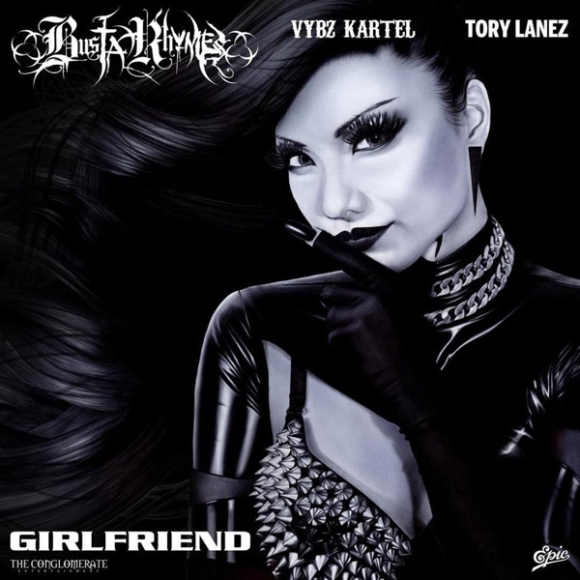 Good chunes!! Busta Rhymes takes on the island vibes and ties in Tory Lanez and Vybz Kartel for a sizzling new track called “Girlfriend.” Check it out HERE.

Singer Miguel links with Travis $cott for his the new song “Sky Walker” and debuts a new visual directed by Director X.

Get into the new collaboration with The-Dream and Fabolous titled “Summer Body.”

Quality Control signs on Migos for a litty new track and visual for “Too Hotty.”

Fergie is back in action and connects with the Pink Princess, Nicki Minaj for a track called “You Already Know.” Check it out HERE.

Mother’s Day is always a special day here in the country as millions celebrate that one special person who has given them life. The day is a powerful one, so powerful in fact that it makes the most bitter of situations go away for a day of civility (see Future and Ciara). We are sure you took care of  mom this weekend by giving her the day off and celebrating her and showering her with appreciation.

See how your favorite celebs such as Kevin Hart, Future,Trey Songz, Diddy, Kim Kardashian, Mariah Carey and more took to the gram and celebrated the moms in their lives and being a mom themselves.

Uh oh! Is there possibly a new couple on the rise comprised of hip-hop royalty? Well the internet seems to think so thanks to a photo with Queens MC’s Nicki Minaj and NaS looking real cozy together hitting the web.

The two hip-hop superstars linked up at NaS’s newest Sweet Chick restaurant in Los Angeles,California. The internet quickly reacted to the photo and even already gave the rumored couple a name “Nasika”.

Some have even pointed out that the rumored couple are even sporting similar chains in photos together.

It's official Nas & Nicki Minaj is a thing! NASIKA… same chain & it's been hints for the longest. pic.twitter.com/yLGTpZwOLX

Very interesting indeed. Of course the internet is buzzing and there is love for the rumored “couple”:

I'm definitely here for Nicki MiNas cause yes Nas. Get ya life Nick 💅🏽

There are also definitely some folks not here for Nasika as well:

Just so y'all know… I'm not here for Nas and Nicki 😒

Welp, if they are indeed a couple we wish them nothing but luck. We wonder how Meek feels about all of this ?

Hit the gallery below to see more reactions to Nasika below:

Reunited and it feels so good. Nicki Minaj and Gucci Mane premiere their much-anticipated visual for the song “Make Love.” Surrounded by gorgeous women, palm trees, a pool, a mansion and the bright sun, the duo makes us wish that summer was already here!

In case you’ve been hiding under a rock, the collaboration with Nicki and Gucci is their first since 2013 when the Guwop rapper dissed Minaj. Now, marking the year 2017 the two have settled their differences and decided to make some more good music to add to their existing collaborative archive.

To add, “Make Love” is the song that also ignited the beef between Nicki and Remy Ma. With punchlines that took a certain aim toward the Bronx rapper, it was then that Remy retaliated with a diss track called “shETHER” which she dropped just shortly after.

If we learned anything this past week, it’s not to mess with Remy Ma period! Last weekend Remy Ma shut down the internet when she came out of nowhere with her scathing diss record “SHEther” calling out Nicki Minaj.

It was clearly no debate at the time as the internet and hip-hop community all agreed that Remy won that round since we never got a response from the head Barbie in charge at all.

We are now about a full week in and besides some Instagram photos trying to portray herself as being “unbothered” Nicki still has not responded. Remy of course decided she’s not gonna wait and decided to poke the dead horse again and dropped another diss record last night titled “Another One” getting at Nicki which premiered on Funk Flex’s radio show.

Unfortunately that diss record was not well received among the social media masses and the hashtag #ThatWasTrashRemy immediately began to trend. Remy even took a step forward and posted and quickly deleted a photo on Instragram of pre-surgery Nicki in a risqué photo. Yet still no response from the self-proclaimed Queen of hip-hop though.

Well today on The Wendy Show, Remy and Fat Joe stopped by and Remy once again let it be known she is P E T T Y as hell by showing up dressed for a funeral.

Now of course you know Wendy had to get the details on what started the beef and to our surprise Remy reveals (full interview posted above) that it wasn’t Nicki’s subliminal jabs on wax but her behind the scenes behavior. Remy revealed to Wendy and the world that Nicki tried to keep money out her pocket, keep her off of red carpets, block her from winning awards by threatening not to show up and make people write bad reports about her albums.

Well the world is still on Nicki watch waiting to see if she will say anything at all on the situation. Earlier today The Breakfast Club’s own Charlamagne Tha God awarded Nicki “Donkey of The Day” for sudden quietness in these rap streets.

Welp, if getting Donkey of The Day doesn’t get a rise out of Nicki or Remy’s accusations today we don’t know what will. All we know is she has to respond because Remy is not a nobody she can just sweep under a rug. We shall see how this continues to play out.

Do you feel Nicki should respond? Let us know below.

The past is in the past. Let’s get this shmoney.

Gucci Mane and Nicki Minaj link up for the ultimate trappy track that is “Make Love.” The duo set aside their differences from a past 2013 beef where Gucci called out Minaj via Twitter. Nicki, of course, responded with a “#Bubbagump/#Crackhead” reference that wasn’t too pleasant. You know she is very snappy and wasn’t having it at all. Last year, Gucci noted that it wasn’t that serious and them make great music together was more important. He indeed wanted to leave it in the past.

Now, the two have squashed the drama and are back at work, adding to their collage of collaborative hits.

Both are also in the studio working on their follow-ups.

Gucci’s album DropTopWop is on the way.

Check out the song above.

Nicki Minaj had the internet going nuts about her reunion with Drake yesterday, today we learn that head Barb in charge took a $200K loss after a burglary at her L.A. mansion.

TMZ exclusively reports her 11,500 sq.ft palace was “totally trashed” and the robbery seemed “very personal” according to sources connected to the case.

The burglars made off with tons of jewelry and other property, as far the job looking personal they also smashed up perfume bottles, picture frames,furniture and cut up Nicki’s clothing. Fortunately Nicki was out-of-town when the burglary took place. The police are going over surveillance footage but currently have no suspects. Hmmmm this sounds reaaaalllll fishy.

We will keep you updated as more details pour in about the case.

It looks like the Cash Money Dream Team is back together!

Being very public about their reconnection, Nicki Minaj posted a studio picture of herself, Lil Wayne, and yes, Drake. The trio was photographed with all smiles in tow and no caption needed.

Nicki also posted a surprising photo of her and Drake as the two haven’t talked in a very long time since their fall out while Minaj was dating rapper Meek Mill.

#Message: @nickiminaj is about to bring that 🔥! We can't wait! #NickiMinaj #NoLoveLost #ThingsJustGotReal #Music #Artist

Just three weeks ago the PinkPrint Princess announced her single status on Twitter:

“To confirm, yes I am single. Focusing on my work & looking forward to sharing it with you guys really soon. Have a blessed New Year. Love u.”

Since then she has been doing exactly what she said and now teases the upcoming visual to the hit single by Major Lazer featuring Minaj and PARTYNEXTDOOR called “Run Up.”

Not to mention, Barbz has been rocking her “Barbie” chain again that her fans voted for on a recent poll that she made in anticipation of the official visual.

Which one r u? #RunUpVideoComingSoon

Lastly, a new icon has been released for Nicki’s app:

It is safe to say that Nicki is quite busy these days!

Lil Tunechi has a few projects to release this year which includes Tha Carter V that has been teased multiple times between Wayne and Birdman upon their public feud.