Fetty and Monty clearly have each other’s backs, and we are here for it! Teamwork makes the dream work!

The Source Magazine sat down with New Jersey natives Fetty Wap and his protege Monty to discuss their business ventures including highly successful mobile gaming app Fetty Nitro Nation Stories and buzzing clothing line Remy Boyz Clothing. The Source also dives into their personal life from the welcoming of new children into their family to moving forward in a positive way after past relationships.

Fetty and Monty also reflect on common musical growth since the release of their first mixtapes.

“Mentally I’ve grown as a man. I’ve developed musically as well…this album is going to be a lot more mature than my first album” says Fetty.

Look out for Monty’s mixtape and Fetty’s album coming soon. For more on this story pick up a copy of The Source Magazine due to hit stands next Friday.

Stay tuned for a very special and powerful second cover which will pay homage to the most impactful and biggest name in Hip Hop. 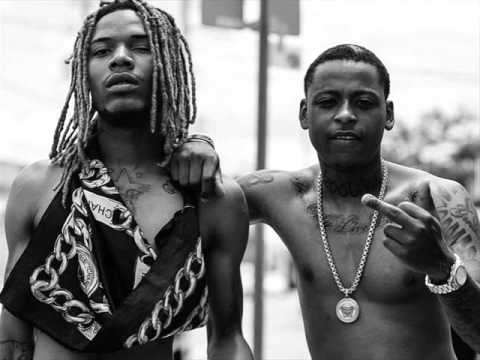 Love is in the air, as Fetty Wap and Monty aka The Remy Boyz connect with a Instagram interest as they become an “Instant Friend”, produced by CashMoneyAP.

Offering endless love, the fellas are willing to give it all just to show how much they care fore their future Trap Queen.

This is indeed an official hood love trap-track classic in the making.

When the South Bronx and New Jersey link for a joint mixtape!

French Montana and Fetty Wap are no strangers to the radio and your very own headphones. With their joint mixtape Coke Zoo dropping at midnight, the fellas get their fans geared up with a new visual entitled “Freaky” featuring Monty. Catch appearances from Chris Brown and more.