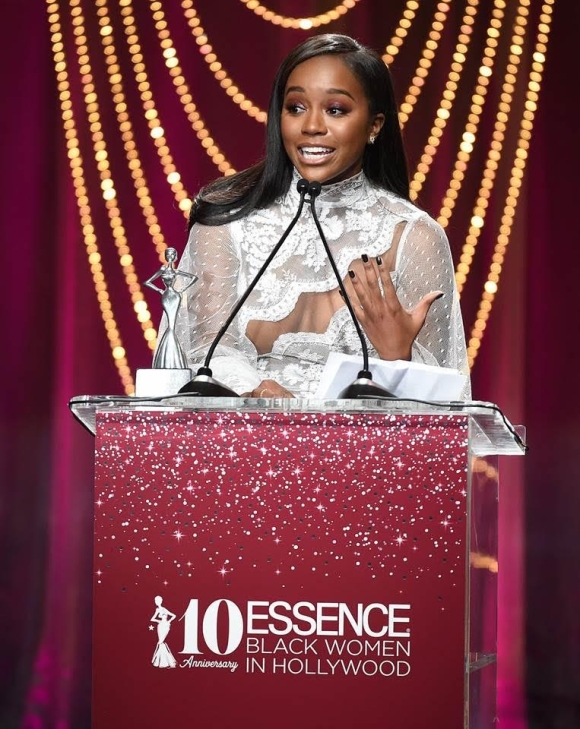 Celebrities like Alfred Enoch, Cynthia Ervio, Loretta Devine, Laverne Cox and Debbie Allen arrived at the star-studded event in the latest lineup of Lincoln vehicles including 2017 Lincoln MKZ and Continental.

Relevé Entertainment, in partnership with Walgreens and the AIDS Healthcare Foundation, is proud to announce the return of The Merge Summit– Los Angeles, taking place August 25-27, 2016 at The Millennium Biltmore Hotel in Los Angeles, CA. The Merge Summit is a unique event created to inspire synergy with faith based and entertainment industry leaders to educate, uplift, and encourage attendees to aspire towards their professional and personal goals.

‘The Merge Summit’ will commence on August 25th with a welcoming Opening Gala. This year’s gala will honor the outstanding accomplishments of Senior Vice President of Prudential Financial- Dorinda Walker, ESSENCE Magazine Editor At Large-Mikki Taylor, founder and senior pastor of Living Word Christian Center (LWCC)-Dr. Bill Winston and Emmy Award Nominated Actor-Courtney B. Vance. This evening will be hosted by celebrated comedian-Cedric The Entertainer and will feature performances by Jonathan McReynolds and Ezekiel (The Poet).  From August 26-27th, 60 top level entertainment executives will lead interactive discussions, workshops and Master Class sessions in personal branding, music, television, film, creative development, and new media. In addition to the enrichment seminars, guests will have the opportunity to participate in the Wellness Lounge® featuring a number of wellness and relaxation services presented by Wellness .  This year’s festivities will also feature a faith based comedy show, CHURCH OF LAUGH LIVE hosted by actor/comedian Jonathan Slocumb, and the FREE-PHYER XPerience Concert featuring Kierra Sheard.

“I’m excited to have The Merge Summit back in LA. It’s the birthing ground for this vision and I am believing for infinite possibilities for all those who attend. All I can say is…”are you ready for this?” says Dr. Holly Carter– Founder of The Merge Summit.

“What a better place to bring the Word than amongst the brightest of stars and influencers in the entertainment industry,” said The Merge Summit Co-Founder and Co-Chair Robi Reed.  “We need as many beacons of love and hope as we can find to light a path in these days and The Merge Summit is the place where those like minds meet.  I’m excited to see us climb to a new plateau this year.” 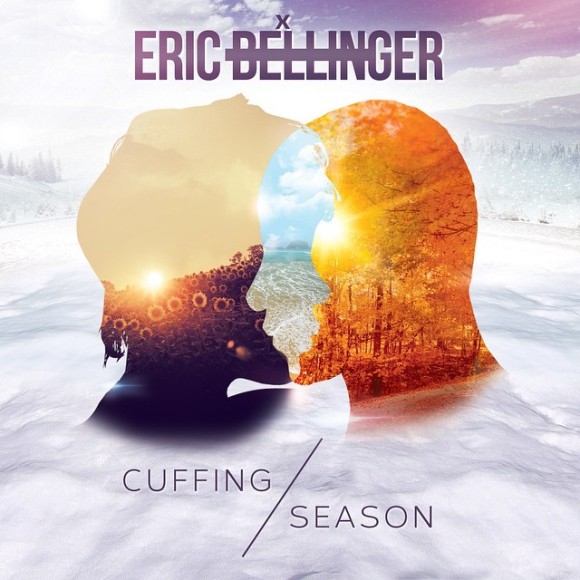 ‘Cuffing Season’ (July 7th) is laced with 16-new tracks with appearances by: Boosie, Tank, T Boz, 2 Chainz, Mya, Iamsu and more. Eric takes another approach with this new album, as he shows that he is finally ready to settle down with his new found love, that is Lamyia Good.

Below, you can catch Bellinger’s album trailer, as he meets with Lamyia’s sister, actress/artist Meagan Good and discusses the new album cover, and picks up his newest engagement ring selection to propose to his future wife, Lamyia.

Congrats to Eric and Lamyia!

Also, take a listen to “Ipod On Shuffle” produced by Ayo The Producer below: 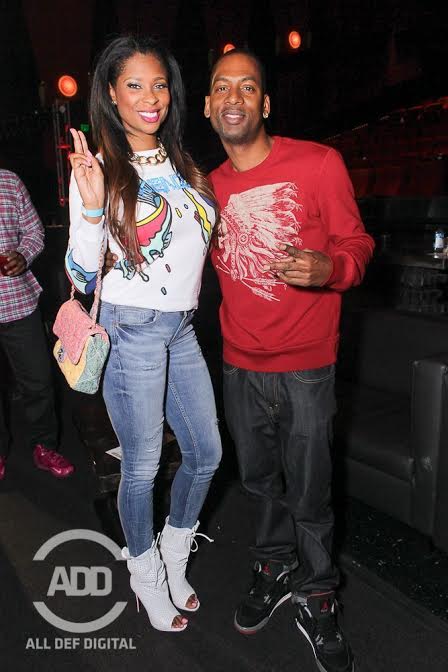 Tonight was a night of enjoying real comedy, while Tony Rock hit on Jennifer Williams all night during his comedy set and the audience egged-it on. Although, she’s no stranger to La La Land, Rock definitely welcomed the veteran BasketBall Wife to Hollywood, CA.

Our Fly Girls, Meagan Good and newlywed, new mommy, sister and the other half of singer Eric Bellinger, LaMyia Good in VIP laughing it up with their friends while take a night off. Well respected Houston rapper Trae da Truth was also in tow with the beautiful ladies.

Friends of The Fly People, designers The Sachika Twins were also in the building enjoying the comedic festivities.

Catch ‘All Def Comedy Live’ every Wednesday at The Famous Chinese Mann Theatre. 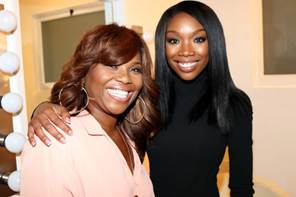 On Tuesday, September 2nd, 2014 doors opened to the beautiful 1,000 seat Montalban Theatre in Hollywood, CA for the second installment of ‘The Hollywood Confidential’ Panel Event Series presented by Walgreens.

END_OF_DOCUMENT_TOKEN_TO_BE_REPLACED

This weekend Team SFPL was on location in Los Angeles for The BET Experience! BET out did themselves this year as they dedicated a full weekend to the 2013 BET Awards including live performances, a fan fest, give-aways, Movie screenings and more! But, the moment we arrived for arrived on Sunday between the hours of 1pm and 4:30pm, here are the moments we captured on the red carpet for the 2013 Bet Awards ….

END_OF_DOCUMENT_TOKEN_TO_BE_REPLACED

Dysfunctional Friends, leading man, singer-actor Keith Robinson releases the video for his new song entitled “Same Rules” produced by Polow Da Don’s protégé, Hollywood Hot Sauce. “Same Rules” is featured on the soundtrack of the film, Dysfunctional Friends in which Robinson stars along with Stacey Dash, Meagan Good, Hosea Chanchez and Terrell Owens. Robinson’s new song is also the title track to the film and trailer. Also, check out his new video for “My Hustle” as well.

END_OF_DOCUMENT_TOKEN_TO_BE_REPLACED

The death of a larger-than life friend has reunited a group of college friends who soon learn that their eccentric acquaintance has left behind an equally unconventional will. Peep the trailer after the jump…

END_OF_DOCUMENT_TOKEN_TO_BE_REPLACED

One of our favorite Fly Girls LaLa Anthony covers the latest edition of Vibe Vixen Magazine. The media personality and mini mogul covers the premiere issue of the online mag and dishes on the new season of her VH1 Reality Show LaLa’s Full Court Life.

Singer/Actress Alicia Keys joins fellow actresses Jennifer Aniston and Demi Moore on the October cover of ‘Glamour’ magazine.  What does this trio have in common you might ask? Cause I know I did. The three take the director’s seat  in their joint effort for Lifetime Five:  a series dedicated to sharing the stories of breast cancer victims and how the disease has affected their lives.

And Meagan Good (who recently turned 30) is the latest cover girl for Rolling Out Magazine.  In this issue she opens up about the path she took to get to this point in her career (?) and being a positive role model to young women.

I’ve always though Meagan was so beautiful.

This weekend, Caesars Entertainment and Jamie Foxx are putting on the biggest 4th of July Celebration in Atlantic City, NJ! Last Night, they started off with the Foxxhole Radio Comedy Jam hosted by Jamie Foxx at Caesars.

SFPL Photographer and corespondent Nastassia Davis is on hand for the weekend’s festivities, and sent over these pictures from the RED CARPET at Caesars One Atlantic at the After party.

*Stay Tuned* for the rest of the weekends activities…