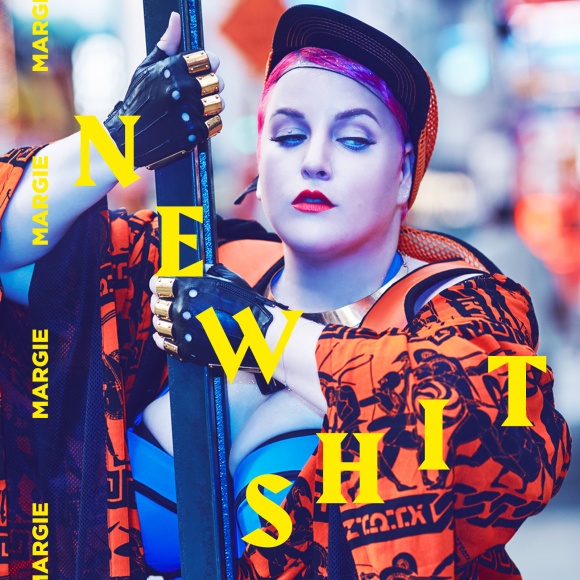 After an eventful New York Fashion Week where Margie’s been spotted with the likes of Timbaland, Pharrell, The Weekend and Ilovemakonnen, Margie hosted an NYFW End All Release Party at the REC Room at No. 8.

‘New Shit’ is Margies first single following up her smash debut album Radio Ratchet. The track is produced by the Norwegian platinum producer Harald Austad and released by the indie label Supervillain.

‘I’m always searching for what’s new and next. When I first heard the beat I knew I had to make something futuristic. It’s all about that new new’ – Margie

Margie has recently been featured by Huffington Post, Yahoo Style, Vogue Italia, Bullet Magazine and more for her fashion and music work. After building a name for herself as a plus size style blogger with Margieplus.com, she has now taken the next step as an artist, into the world of music.