Malika Haqq recently sat down with SFPL TV, where the reality TV personality and actress dished on what she’s got going on these days. Most known for her role in 2006’s ATL alongside her twin sister Khadijah and for being Khloe Kardashian‘s best friend Haqq is looking forward to branching out on her own. After wrapping up the first season of Dash Dolls, along with an appearance in the upcoming new season of Hollywood Divas and filming ATL 2; Haqq is ready to give acting her undivided attention.

Check out Haqq’s full interview below. Season 3 of Hollywood Divas premiere’s tonight on TV One. You can catch Haqq alongside Golden Brooks, Paula Jai Parker, Lisa Wu and Countess Vaughn every Wednesday at 9/8c. Ahead of tonight’s premiere you can watch the cast define what it means to be a DIVA below.

Over the MTV VMAs weekend, “Fly Girl” Cassie celebrated her birthday at the number one talked about Hollywood venue, Playhouse Nightclub!
#FeatureFridaysLA inside of Playhouse powered by super promoters Supreme Team and Miss Diddy was the talk of the town. With Cassie new Collab with street brand Diamond Supply and talks of an album being released, she has tons to celebrate. Cassie was accompanied with KUWTK and now “Dash Dolls” star Malika with a few other girlfriends.

Roc Nation‘s artist Vic Mensa who’s buzz is growing as the days continue also came out to Host Playhouse Night Club and catch the reactions of the party go-ers when they drop his single which features Kanye West.
Also spotted in VIP were: Keri Hilson and her Bae Serge Ibanka, Jermaine Dupri and Bow Wow.
Photo Cred: Networkingz 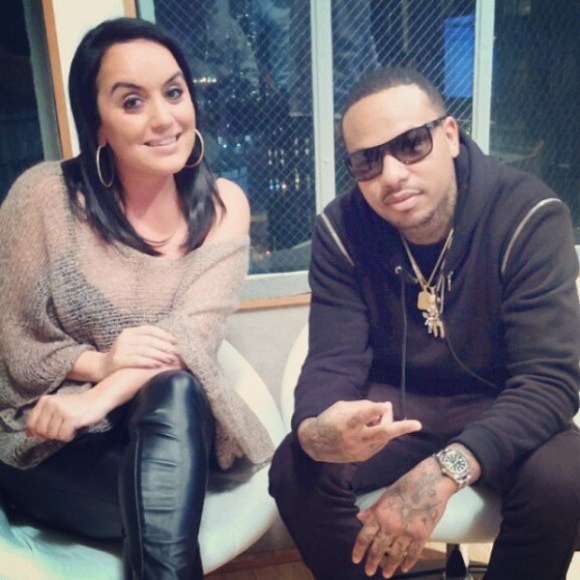 Chinx sits down with Simone “Boss Lady” Amelia [DASH Radio] to talk for the first time about his new relationship with Malika Haqq, how life has dramatically changed for him, the dynamic between him and Coke Boys founder French Montana, his latest single “Stupid Ass B*tch” and more.

Peep the interview below: