Rumored couple Cardi B and Migos‘ Offset links up for a new single entitled “Lick.” The featured song is from the LHHNY star’s mixtape Gangsta Bitch Music Vol. 2.

On the hook of the song Cardi says:

Lookin’ like I caught a lick
Run up on me, you get hit
And all my b*tches with the sh*ts
Bronx, New York, gangsta b*tch

Later, the Bronx Princess chimes in with:

They ain’t like me before, now they bookin’ me
The glow got b*tches so shook at me
They like, “Sh*t, Cardi B what you cookin’ bih?”
I say, “B*tches, got me on some new sh*t”

Check out the FULL song above.

Hailing from Brooklyn and Love & Hip Hop New York‘s own Swiftondemand has created an anthem for those chasing their money. His new single “Check Me My Check” was created for all the hard working people out there that have had issues collecting a check after providing their services. In two weeks after releasing his video “Cut Me My Check,” it hit over 16,000 views on youtube.

Swift Star was raised in the infamous Flatbush neighborhood but it was East New York’s surroundings that made him. A true hustla to the game, Swift began to execute his plan to dominate the music industry and leave an impression as a producer/artist. The Jamaican-born talent is here to create music that relates to his fans.

He and his new artist Cardi B made waves with her Gangsta B*tch Music Vol. 1′ Mixtape & GBMV2. The two are not only making music in the studio, they making music in the sheets. Swift currently has a hit single out called “LvyeBounce” which amassed 145,813 views on WorldStar in two days of its release. He is set to release a mixtape titled On Demand February 19, 2017.

Keep up with Swiftondemand 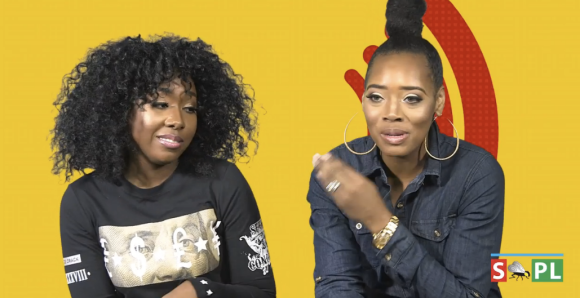 With all the drama of the Season 5 Reunion of VH1’s Love & Hip Hop Atlanta ..

We caught up with Yandy and her protegee/mentee, Bianca Bonnie to talk about how they met, this season of #LHHNY and what’s up next for the dynamic duo!

Check out our interview below.

Cardi B’s official single “What A Girl Likes” is from the forthcoming UnderEstimated EP. The EP will be available on iTunes and all digital outlets on Friday, July 18th and includes music from KSR Group label mates, Josh Exantus, SwiftonDemand, Cash Flow Harlem and Hood Celebrityy.

The song was written by Cardi and produced by Jwhite DID IT for the KSR Group.

“I wanted to give my ladies an anthem that would motivate them to “turn up” as well as to get that bread.”

During the Month of July Cardi B is on the road headlining her first national tour in support of the ‘UnderEstimated’ upcoming EP. The all age-friendly 11 city tour is hosted by comedian Just Vlad and includes performers; SwiftonDemand, Josh X and Cash Flow Harlem. For tour cities and dates go to UnderEstimatedTours.com.

Having appeared on national TV shows such as Cocktails with Khloe’, The Doctors and several FOX affiliates, Cardi B’s name is one that will not be forgotten anytime soon. Her debut mixtape Gangsta Bitch Music released on March 7, 2016 available on Datpiff and Itunes was received with great accolades with over 14,000,000 streams from Spotify, Apple Music and Google Play collectively, and over 250,000 downloads (200k free downloads and 50k purchased) to date.

Peep the new single above.

Last week the world was awaiting the TV appearance of Cardi B. The Love & Hip Hop New York sassy star finally made her debut last week. Her recent video “Cheap Ass Weave,” seen on Complex.com and more, showed fans a lighter and sarcastic side.

Now Cardi is back with a tough verse on N.O. Corleone‘s “Know the Difference.”

Get “Know The Difference” on iTunes HERE.

Making its debut on Complex.com, Cardi B drops new visual for her new single “Cheap Ass Weave”. Surprisingly, the video is actually quite entertainment and the chorus is very catchy. You may just find yourself chuckling just a little bit a the new #LHHNY reality cast member.

The video is set inside of “The Beauty Bar.” Cardi plays the client, the receptionist and the stylist in this super clever video. Depicting a story of a quirky receptionist, checking in numerous clients in need of weave extension services.

Cardi B made her first appearance on season six of Love & Hip Hop New York this week on VH1. 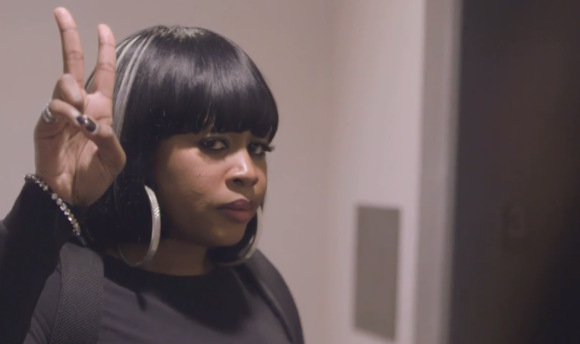 VH1‘s highly-rated docu-series Love & Hip Hop: New York is back for season six. Premiering Monday, December 14 at 8PM ET/PT, returning fan favorites are joined by a new cast of young female rappers all hungry for success – and they’re ready to take a bite out of the Big Apple….and kick a few windows in…like, literally.

Taking the ‘#LHHNY’ stage for the first time are a group of fresh, female artists trying to make it big in the city, and to show that they actually have the talent that the industry is missing. With personalities as strong as their rhymes, Mariah Lyn, Young B (of “Chicken Noodle Soup” fame) and SexxyLexxy and MissMoeMoney from the rap duo BBOD battle to make themselves heard. With these girls dropping managers more often than mics, can “Love & Hip Hop” veteran Rah Ali navigate her new career as a music manager and keep these girls out of trouble? Will they let past beef and love triangles hold them back? Who will rise to the top?

It’s been a big year for “Love & Hip Hop: New York” veterans Yandy Smith and Mendeecees Harris, who recently tied the knot on VH1’s “Love & Hip Hop Live: The Wedding” special, and welcomed their daughter Skylar. This season, it’s back to business for the newlyweds and time to focus on finding a bigger place to live and blending their families. Yandy is ready to get back to managing artists and focus on her career but with Mendeecees’ impending legal issues, their newly wedded bliss may not last long.

Since her recent release from prison, it’s fresh onto the “Love & Hip Hop” scene for rap superstar Remy Ma and her ride-or-die rapper husband Papoose. We follow Remy as she navigates through life on the outside and reclaims her crown as ‘Queen of NY,’ all while getting ready for a long-awaited official walk down the aisle. 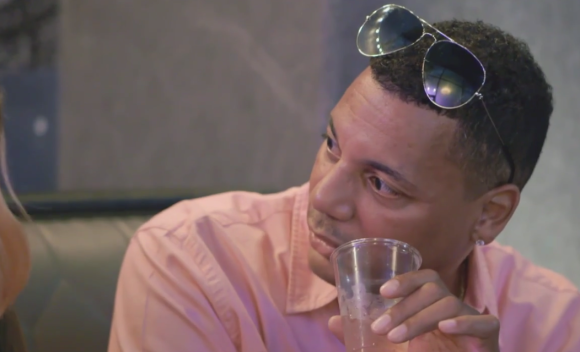 Founding member of the “Creep Squad,” Rich Dollaz finds himself contending with the newest lady of the house — his daughter! Rich learns that when it comes to his number one girl, he has no control. Can she inspire her dad to completely change his messy ways or will he get wrapped up in some hot new talent?

Peter Gunz attempts to bring his two families together under the same roof, but will he finally be able to have his cake and eat it too? Or will Tara and Amina shatter the love triangle once and for all?

Cisco Rosado is now single and on the prowl. Mixing business with pleasure never ends well but which new, female talent will he choose to produce and who will have him ready to get down on one knee? 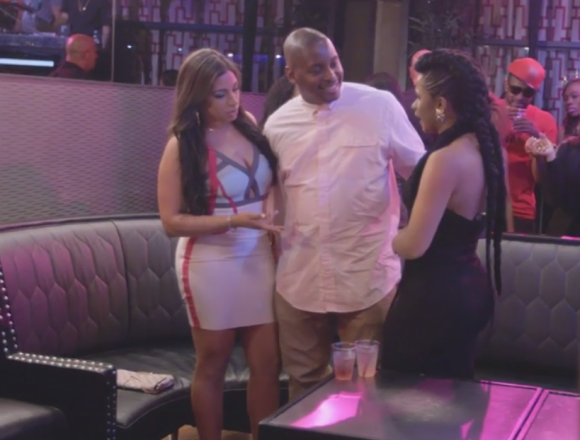 Newcomer DJ Self from New York radio station Power 105.1 bursts into “Love & Hip Hop” as we follow his relationship with Yorma, one of the hottest dancers in New York City, and their tangled web of drama. Can Self balance his packed schedule with his equally packed love life?

Firecracker and Instagram sensation Cardi B. leaps from the pages of IG to the small screen with a bang! It’s certain this tough cookie will deliver raw and real emotion as she entangles with her fellow cast members.

You may remember her from VH1‘s Love & Hip Hop New York. Now, Jhonni Blaze has stepped out to bring us her official video for “Problems” produced by Youngstarr Beatz, which will appear on Jhonni’s upcoming mixtape Cut From A Different Cloth.

Aside, from being the fiesty bombshell on the trending reality show and past video vixen, Jhonni is set to prove that she has even more to offer in the entrainment industry, as shows her growth and the ability to sing and even pen a song to her liking. 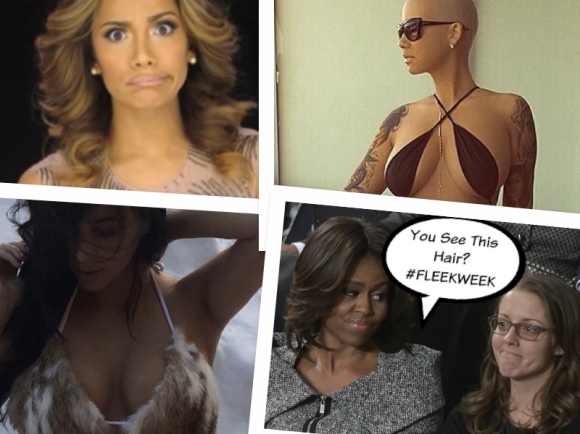 Some of y’all may have missed the Fly moments of the week, but no worries because we’ve got you covered! In 140 characters or less, we are going to fill you in on all the juicy drama you didn’t catch. Go ahead, take a sip…