Calvin Klein is back with their latest #mycalvins campaign. Among the one’s chosen for the fashion brand’s Fall 2016 campaign are R&B crooner Frank Ocean and rapper Young Thug.

It’s nice to get a glimpse of Frank Ocean who has kept relatively to himself and out of the spotlight since the release of his debut effort Channel Orange. In his spot we find Ocean on a talk show, and in a pink room as he talks about the power of music in his life. Hopefully, Ocean resurfacing means we’ll be getting his sophomore album sooner than later. The “Pink Matter” singer’s spot wouldn’t be complete with out some thought-provoking words.

“It takes a mind to worry; a conscious to feel ashamed. But there’s no place to hide out here; these skies are filled with planes.” 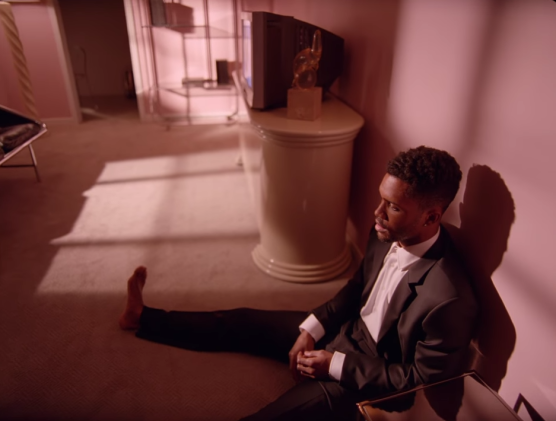 Young Thug keeps things simple in his spot. Thug simply shares his views on fashion and what’s considered acceptable and not acceptable in his world; and if you’re not familiar with Thug he knows no limits when it comes to expressing himself through his clothing choices. The Slime Season 3 rapper leaves us with some words you wouldn’t expect to hear from a hip-hop artist.

“I feel like there’s no such thing as gender.”

Also tapped for the Fall 2016 campaign are models Kate Moss and Bella Hadid, along with actress Margot Robbie, illusionist David Blaine, and more. You can watch Ocean and Thug’s respective spots below. You can also check out the full campaign spot.

Some of you favorite celebrities took their talent’s to Instagram to update us about the latest and greatest going on in their worlds. Here are a few Fly-LIGHTS.

END_OF_DOCUMENT_TOKEN_TO_BE_REPLACED

We all know Kate Moss serves the camera like no other model. But take a glimpse of her recent wedding photos of her family and attendees. You will be quite amazed.

END_OF_DOCUMENT_TOKEN_TO_BE_REPLACED

As you can see, Naomi pulled all stops for this memorial service…Sheesh! You have to love this woman!