That’s right Charles you haven’t and you are in for one hell of a battle the likes of which you haven’t seen.

Xavier and his young group of gifted teens have to take on “the first mutant” Apocalypse (Oscar Isaac) and his Four Horsemen of The Apocalypse in X-Men:Apocalypse. 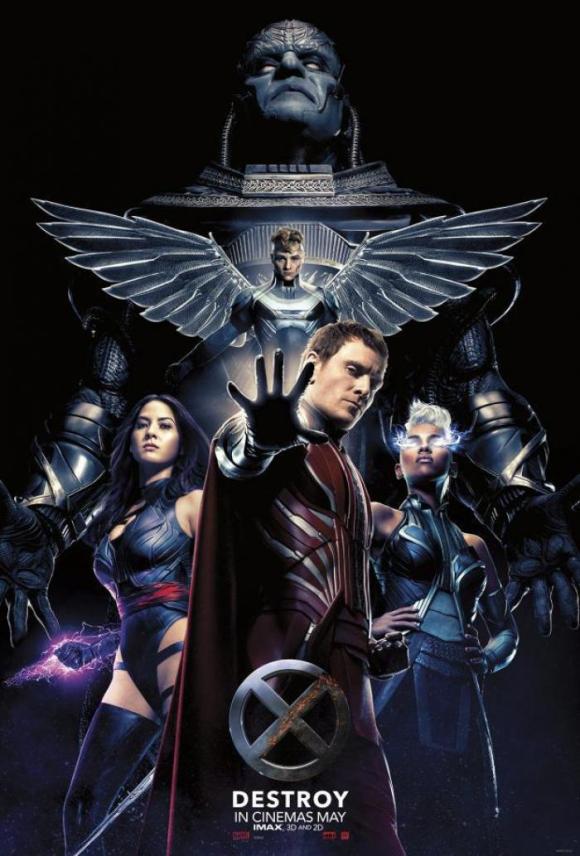 In the very revealing final trailer for the upcoming superhero film we get to see The X-Men and their villainous counterparts in even more action. The trailer focuses on Mystique (Jennifer Lawrence) becoming an unlikely leader of the bunch after the young team’s telepathic leader Professor X (James McAvoy) is captured by Apocalypse.

It’s up to her now to get them into fighting form because the fate of the human race depends on them. Now yes we have seen many trailers for this film, BUT what sets this one apart from the rest is certain details have been revealed. Quicksilver (Evan Peters) reveals that his father his Magneto Magnet (Michael Fassbender), Nightcrawler (Kodi Smit-McpHee) and Mystique’s first embrace and the biggest reveal  though…

That’s right a Wolverine sighting! A X-Men movie isn’t complete if there isn’t at least some form of Hugh Jackman’s popular portrayal of Marvel’s most iconic character in the film. With all that said feast your eyes on the final trailer for X-Men: Apocalypse below:

X-Men:Apocalypse is in theaters in May 27th!

The Fate Of Humanity Hands In The Balance In X-Men:Apocalypse

Our First Good Look At Alexandra Shipp As Storm and More In X-Men:Apocalypse

The Hunger Games star dished on being a woman in Hollywood, dating, her friendship with Amy Schumer, her career, her style and fame. The starlet took a trip down memory lane to when she first nabbed a cover on the magazine. When describing how she was feeling at that time four years ago she had this to say,

“I feel like I got a ticket to another planet and I’m moving there, and there’s no turning back. And I don’t know if I’m gonna like that other planet or have friends there.” 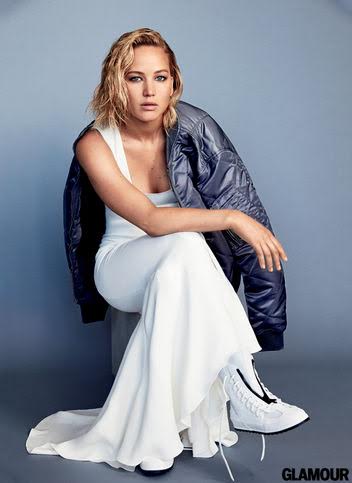 Ask Lawrence how she’s feeling today about the pandemonium of fame and she’s singing a slightly different tune.

“It’s really lovely. Very nice. … It took a few years to adjust. I didn’t really realize how angry and distorted I felt. For, like, probably a solid three years…It had to do with the thing that came with Hunger Games. I still felt entitled to a certain life that I just wasn’t allowed to have [anymore]. I felt like I had the right to say, [“I don’t want to be photographed right now.”] I felt so much anger of [“Why can’t I just do my job?”] And then you just get used to it—and it just is.”

“…I’ve got tits and an ass. And there are things that are made for skinny people—like a lot of embroidery, or it covers a lot—and those make me look fat. I have to show the lumps. If you have boobs, you have to show, like, “These are boobs.”

When asked about her dating life the starlet admits that it is very hard for a guy to pique her interest.

“I feel a spark very, very rarely. And it’s really only about spark for me. Not really anything else.”

You can check out Jennifer Lawrence’s full interview and cover shoot by picking up Glamour’s February 2016 issue, which hit newsstands Tuesday Jan. 5th.

END_OF_DOCUMENT_TOKEN_TO_BE_REPLACED

Calvin Klein, Inc. announced that Calvin Klein Collection wardrobed the following men and women for the 85th Annual Academy Awards® and the evening’s after parties, held in Hollywood, California.

END_OF_DOCUMENT_TOKEN_TO_BE_REPLACED

Over the past few seasons, the cast of “Jersey Shore” have become experts on the art of wooing the opposite sex. So when MTV News caught up with them recently, we asked them what not to do during a hook up, in our latest installment of “Don’t Do That”.

Drake’s main producer, Noah “40” Shebib, gives us a Track By Track breakdown of the critically acclaimed platinum selling record “Take Care”. On our recent trip to Toronto, “40” told MTV News about Lil Wayne’s involvement in the making of “Take Care”.