Not many people got into The Real Housewives of Potomac like we did on the first round, but enough latched on to give the newbies of the franchise a season two!

END_OF_DOCUMENT_TOKEN_TO_BE_REPLACED

The fictional American past-time The Purge is back!

END_OF_DOCUMENT_TOKEN_TO_BE_REPLACED 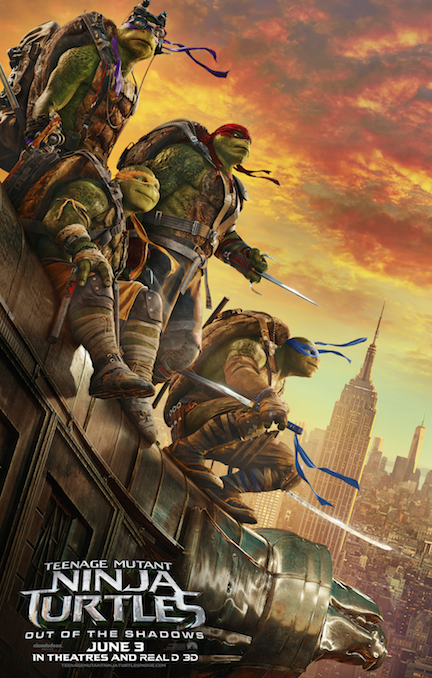 our favorite pizza loving, ninjitsu using, giant turtles are back in action in Teenage Mutant Ninja Turtles:Out Of The Shadows. In the second film of the rebooted Ninja Turtle film franchise the turtles have to deal with their classic adversary The Shredder (Brian Tee) again who escapes custody.

This time though the Shredder won’t be alone and he enlists the help of two bumbling goons Bebop (Gary Anthony Williams) and Rocksteady (WWE Superstar Shaemus).With the help of mad scientist Baxter Stockman (Tyler Perry) and a good amount of Mutagen turning them into oversize powerful mutants.

Sounds like trouble for the mean green machine right? Well it doesn’t stop there, they also have to worry about the inter-dimensional warlord Krang (Fred Armisen) and his army as well to boot.

The Turtles already backed by investigative reporter and friend above ground April O’Neil (Megan Fox)  gain a new ally on their side. They meet the hockey mask wearing crime fighting vigilante Casey Jones (Stephen Amell) who joins up with them to help them take on The Shredder and Krang. Peep the action-packed new trailer for Teenage Mutant Ninja Turtles:Out Of The Shadows Below:

t’s been 20 years since the catastrophic events of the first movie where intergalactic baddies paid a visit with the intentions to wipe out the human race. Thanks to the brave efforts of Marine pilot Captain Steven Hiller (Will Smith) and satellite expert David Levinson (Jeff Goldblum) successfully delivered a virus to alien’s mothership wiping out their defenses allowing the Earth’s forces to wipe out the invaders in a massive coordinated effort.

Flash-forward to the present, since the last invasion with help David and the left behind alien technology the Earth has been preparing if and when the aliens come back.

They will soon learn that the attack 20-years-ago pales in comparison to the one that’s about to take place. The aliens have been preparing as well to take their revenge on the humans for killing their buddies. The scale of destruction this time around is intense compared the event took place in 1996.

In Independence Day: Resurgence we catch up the with the kids of the heroes, Dylan (Jessie Usher) is all grown up now and is following in the footsteps of his step-dad whom is now deceased so yeah no Will Smith in this movie period.

Former President Thomas J.Whitmore (Bill Pullman) also returns in the second film. His daughter Patricia Whitmore (Maika Monroe) is also grown and is dealing with her dad who is clearly going through it. Her father is still suffering from the after effects of the previous battle with the aliens but always knew in the back of his mind they would return.

The battle for resumes June 24th!

Will Smith- I Will Not BE In The ‘Independence Day’ Sequel 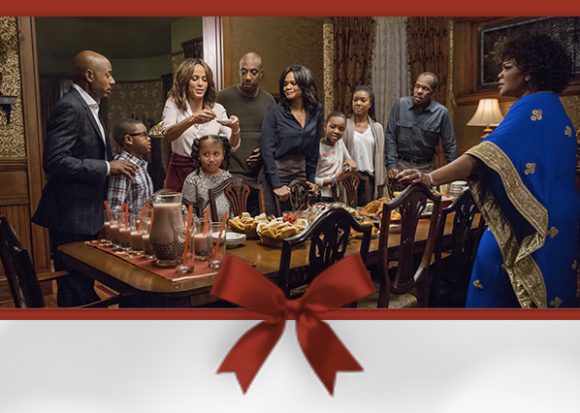 Step into the new teaser/trailer for Universal Pictures’ ALMOST CHRISTMAS. The new comedy from writer/director David E. Talbert (Baggage Claim) and producer Will Packer (Ride Along, Think Like a Man series, This Christmas), tells the festive story of a beloved patriarch who asks his family for one gift this holiday season: to get along.  If they can honor that wish and spend five days under the same roof without killing one another, it will be a Christmas miracle.

END_OF_DOCUMENT_TOKEN_TO_BE_REPLACED

UK actor Idris Elba is gearing up for the release of his new movie Bastille Day in April and let’s just say if there was any doubt on whether Elba could fill the shoes of 007 consider it a thing of the past.

Elba plays CIA agent Sean Briar on the hunt for an American pickpocket, Michael Mason (Richard Madden, Game of Thrones) after a bag Mason steals contains more that just a wallet. Briar soon discovers that Mason is just a pawn caught in the middle of a much larger criminal conspiracy. Together the two work to track down the source of the corruption and put an end to the criminals twisted plot.

Bastille Day hits theaters in the UK on April 22nd. The US release of the film has yet to be announced, but in the meantime check out the action packed trailer below.

The Purge maybe a fictional practice but it looks to become an annual tradition in movie theaters. Today the trailer for the third installment in the popular film franchise  The Purge: Election Year is here! 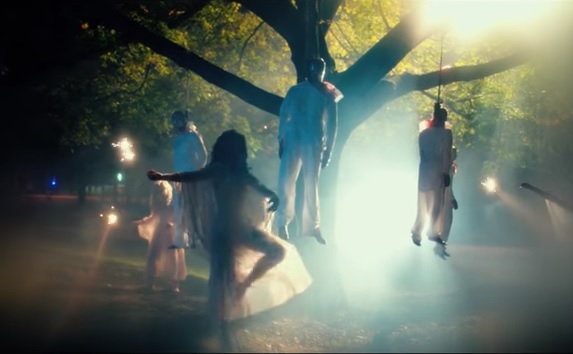 This film marks the first time a star from a previous movie returns. Unlikely hero from The Purge: Anarchy, Leo Barnes (Frank Grillo) is back but this time instead of almost participating in the purge his mission is to ensure the safety of Presidential candidate, Senator Charlie Roan (Elizabeth Mitchell) as her head of security. Sounds like a simple task, but as we know when it comes to annual ritual that allows people to commit crimes such as murder without risk of arrest nothing is easy. Roan is set on ridding the world of The Purge as she was almost fell victim to the annual night of violence and feels it only targets the poor and innocent. Of course there are very powerful people who want to see to it that she doesn’t make it through the night. 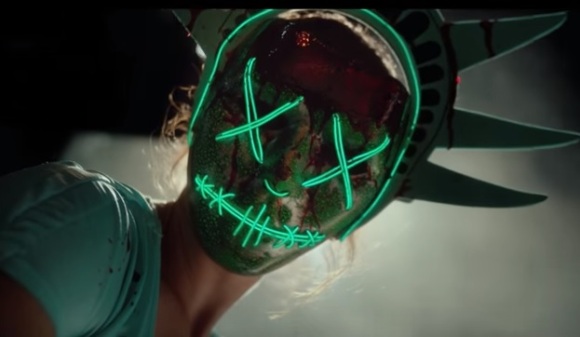 Expanding the universe introduced in the hit franchise that electrified the culture and earned $200 million at the worldwide box office, Universal Pictures’ The Purge: Election Year reveals the next terrifying chapter that occurs over 12 hours of annual lawlessness sanctioned by the New Founders of America to keep this country great.

It’s been two years since Leo Barnes (Frank Grillo) stopped himself from a regrettable act of revenge on Purge Night.  Now serving as head of security for Senator Charlie Roan (Elizabeth Mitchell), his mission is to protect her in a run for president and survive the annual ritual that targets the poor and innocent.  But when a betrayal forces them onto the streets of D.C. on the one night when no help is available, they must stay alive until dawn…or both be sacrificed for their sins against the state.

One thing we can all agree on during the Super Bowl is we all here for the commercials more importantly the movie commercials. This year definitely didn’t disappoint and brought the action, heroes, villains, monsters and mutants are the theme of this movie season. Hit the gallery to see all of the big game spots for the most highly anticipated movies of 2016.

Derek Zoolander and his famous “blue steel” look are back and right on time for Fashion Week in Zoolander 2. The trailer is backed by remixed version of Frankie Goes to Hollywood’s hit record “Relax” featuring Skrillex and A$AP Rocky who also make appearances in the film and add to many cameos the film boasts including Justin Bieber.

Skrillex’s character Evil DJ opens up the trailers and Rocky can be seen later on in it spitting a few bars on the track.

Zoolander 2 looks to top the ridiculousness of the first movie as this trailer is full of outrageous moments such as Derek taking selfies utilizing a selfie-stick while driving, puppy throwing, knife throwing, and a pretty awful make out session between Mugatu (Will Farrell) and new villain played by Kristen Wiig are just a portion of  the craziness to expect in the film. Now “Relax ” and peep the new trailer for Zoolander 2 below: 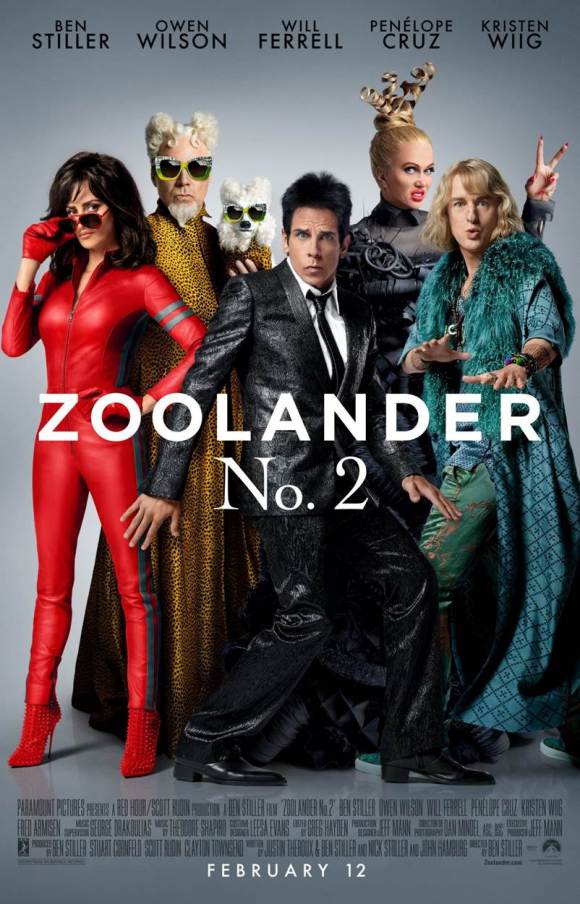 Synopsis: When the world’s most beautiful musical celebrities are systematically assassinated with formerly famous male model Derek Zoolander’s iconic “Blue Steel” look on their face, Interpol recruits Derek and his friend Hansel McDonald to infiltrate a new and different world of high fashion in order to put a stop to it. Meanwhile, Derek’s rival Jacobim Mugatu is set free and is seeking revenge.

For all things Zoolander:

Zoolander 2 is in theaters February 12! 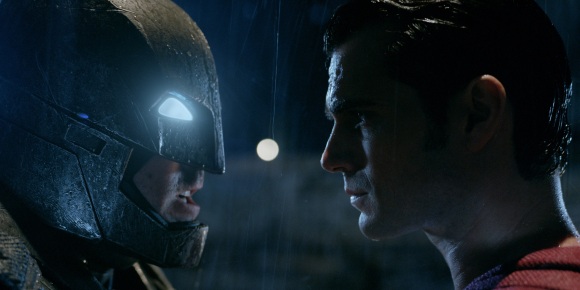 Jimmy Kimmel hits us with another huge trailer for another blockbuster superhero film. He already blessed us with world premiere trailer for  Captain America: Civil War. Tonight with the help of the new man in the bat suit Ben Affleck he premiered the second trailer for Batman V Superman: Dawn of Justice and it’s FLY!