Event Producer extraordinaire Devin Cobbs is gearing up for the second year of his successful 90’s R&B party. Set to launch Memorial Day weekend in LA, Cobbs and his team will be making their rounds to 8 cities this year, including new cities like Miami and Dallas. For a glimpse of what’s to come check oout our interview with the mogul in the making below.

We back, we back again! We’ll be announcing soon.

Yes. It’s LA, New York, Dallas, Miami and that’s phase one. I can’t talk about phase two yet; but those are the cities we’ll be hitting to kick things off.

As far as brands we have Swisher and Avion Tequila. In terms of influencers and artists we have Tone Smith. He’s an amazing R&B artist. He’s a young dude from Jersey; but he’s based out in LA now. The other artists I don’t want to reveal just yet. Those are the 90’s R&B acts and we’ll release them closer to the day of each event.

Every city has an artist this year. Last year it was only two cities that had performances from artists. I wanted to make it as special as possible. We put in a lot of work to make sure we were able to get the artists that we wanted.

We have a bunch of Soulection DJ’s. Andrew Power and Austin in New York along with Mecca from 2DopeBoyz. We have Sasha Marie also from Soulection she’s DJing out in LA. Norma and Silent Addy for Miami. There are so many different people. Each city that we’re going to we partnered with the most, not necessarily the most popular; but the one’s we felt were really really good. That goes for the artists as well.

I want people to kind of find out once the RSVP’s open up and we go live with each city. We changed the website up a lot so that experience is different. The way you RSVP is a bit different than last year.  The open bar structure is different. Last year was just 1 HR; but this time it’s an hour in the beginning and another hour from 12 AM – 1 AM. Some of the cities are different too. We didn’t go to Miami or Dallas last year. We’re trying something new in those cities. The second phase new cities too. The biggest change I’d say this time is we really wanted to find out where the people wanted us to go. Although a lot of the tour was planned we locked in the remaining cities after putting up a post asking for feedback. We listened to the people.

I want people to know that each year we do this it’s going to be different so definitely don’t expect the same experience as last year. We’ll have giveaways while you’re waiting in line, we’re literally giving everything away. I want people to know that their really in for a different party experience. Most of the time when you go out you have to keep reaching in your pocket and taking money out. This is more like keep your wallet at home, and just come for good time. It’s like therapy almost and that’s exactly how we’re treating it. It’s a big therapy session with R&B music, and that Avion flowing. I want people to be ready because it’s definitely going to be unforgettable. 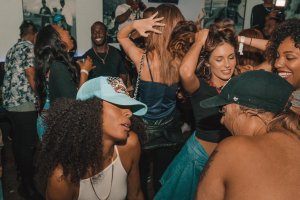 Avion Tequila just ended up being the right partner for it. They fit the demographic [of our audience] and with the type of event that we want to do. Plus tequila is just consumed more than cognac. We have a 70:30 female to male ratio and women prefer tequila over cognac. So we wanted to provide an open bar that catered more to our crowd, and Avion was definitely it.

For sure. There will be art installations, and photo booths. There’s a lot for people to do. I don’t want to give anything away because I really just want people to come out and experience it. It’s not just going to be you show up to just drink and party, even though that’s a big aspect of it; but there’s more to the experience.

I’m still equally nervous. When I put the pre-announcement post up, it did better than the announcement for the previous year. Seeing the feedback this year, I know people are ready for it. I haven’t been as active on social media for that reason, just to stay focused. I know it’ll go well and we’ll get the numbers we need to hit; but I just want to finally get it out there and have people experience all the work we’ve put into it. That’s what means the most to me. I’m nervous, but last year I was nervous with no real assurance of whether it was going to work or not. This year I know it’s going to work, so it [the nervousness] is more from putting it out there.

We have the same team. I think it’s important to do that, keep the same people around you. Honestly the only major difference is that the team at Swisher is a little bit different. They are more involved, which is an experience in itself in a good way. They help keep things organized. That’s really the biggest difference and just tying up a few loose ends. The team is pretty much the same; but we are a lot more organized this time around.

Just to test the market first. Don’t just jump on an idea. You have to make sure it’s something people actually want. Get out there and see what’s actually missing. Take your hat off and put the world’s hat on and look at what’s going on. Take the time to see if you’re filling a void or just doing something that’s already been done. If it’s the latter then see if you can make it better or do something different; but if you step into it doing the same thing you kind of already lost.

Traveling with less people. Learning just the difference between have this huge team versus how much can get done with a small team of focused people and to just trust our gut. We have an idea that companies will pay millions of dollars to execute. To bring 1,000 people out in a city, that’s no small feat so to trust the vision, stay focused and being as organized as possible.

For details and to RSVP visit: www.4LoversOnly.us

New York City Comic Con invaded the city like it does every year making it one of the city’s biggest and most fun events.

There is just sense of fun in the year as straphangers and New Yorkers, see their favorite comic book characters, television show personalities and cartoon characters come to life.

Once you step in the vicinity of the Jacob K. Javits Center you are immersed in a world of wonder and fantasy. Team SFPL was on hand to soak it all in and of course capture all of the amazing cosplay on hand.

Check out all of the dope cosplays SFPL spotted at Day 1 of Comic-Con NYC:

udacris loves the kids and to show that, the Ludacris Foundation alongside Unspoken Angels held a VIP screening of the highly anticipated Warner Brothers animated feature film Storks.

The family oriented event served as one of the many activities for his tenth annual #LudaDayWeekend celebration held in Atlanta. VIP’s, bloggers filed into the Regal, Atlantic Station Theater on Saturday, September 3rd to screen the film.

Notables in attendance were:

It definitely looked like an afternoon full of fun, #WeLike! For more photos from the event peep the gallery below and don’t forget to catch Storks when it hits theaters Sept, 23rd.

Goodbye To Summer: 12 New Fall Films That Will Keep You Entertained

The kids and their celebrity parents were treated to a day of turtle petting, exercise, pizza, and on-site karate classes. The ultimate experience for young and old Teenage Mutant Ninja Turtle fans.

Everyone then gathered inside for a private screening of Teenage Mutant Ninja Turtles: Out of The Shadows. A perfect way to round out a totally awesome day.

For more photos from the amazing event check out the gallery below:

Teenage Mutant Ninja Turtles: Out of The Shadows is in theaters June 3rd, 2016.

Last Night in NYC: Cast and Fans Converge on Madison Square Garden For World Premiere of Teenage Mutant Ninja Turtles: Out of The Shadows [Photos]

The Voice of New York let her voice be heard all over NYC!

END_OF_DOCUMENT_TOKEN_TO_BE_REPLACED

Summer in NYC doesn’t officially start until Hot 97’s Summer Jam arrives. Dubbed the biggest hip-hop concert in the world for 23 years cause it always brings the heat every year.

END_OF_DOCUMENT_TOKEN_TO_BE_REPLACED

Jim Jones, Slow Bucks, Lumidee & more proved Hip-Hop definitely has a heart yesterday,and it was on full display at the Bedstuy Multi-Service center for the 6th Annual ‘I Will Graduate Day’ pep rally.

END_OF_DOCUMENT_TOKEN_TO_BE_REPLACED 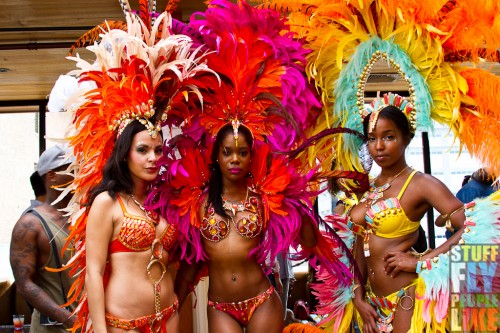 END_OF_DOCUMENT_TOKEN_TO_BE_REPLACED

Yesterday afternoon/evening the rain and cool temperatures couldn’t stop Team Epiphany from holding a luau in Brooklyn at Brooklyn Terrace in the hear of Downtown Brooklyn. The “Brooklyn Luau” served as the launch event for Team Epiphany’s famed #SummerFridays event series. Tastemakers,bloggers,media and other invited guest packed in the venue and sipped on cocktails provided by Hennessy and ice-cold beverages provided by Heineken and Pepsi. The DJ kept the mood Hawaiian even though the weather outside gave another impression. This was just the start though stay tuned as Team SFPL will be bringing you more highlights from #SummerFridays. Peep some more pics from the afternoon/night below.

A welcoming sight once you step off the elevator. Pepsi was one of the many sponsors of the vent. Roc Nation Artist Elijah Blake was in the building. DJ Meka (2DopeBoyz), Low Key (Youheardthatnew) and Kam (@KoolestKidout) Fly Guys Rae Holliday, Gabriel Williams and the lovely Claire Sulmers (Fashion Bomb Daily) Pana J.Smith and Rae Holliday

Be sure to checkout out the SFPL’s Facebook page for more photos!