Recently, singer/songwriter Elijah Blake stopped by SFPL TV to talk about his new song “Hanging Tree” in benefit of Harry Belafonte‘s social justice organization, Sankofa.org. He also spoke about working with several artists including almost working for Queen Bey herself, Beyonce, and his upcoming new music.

“Hanging Tree” first appeared as a snippet visual on Sankofa.org’s visual EP “17”, which featured music by artists Ty Dolla $ign, Raphael Saadiq, Mali Music as well as Blake and is now available on all DSPs.

“I wrote “Hanging Tree” as a way to use my voice for equal rights, especially black rights, in the aftermath of tragedies like Trayvon Martin, Mike Brown, Freddie Gray, Tamir Rice and so many others whose voices have been silenced. When I recorded this song, I wanted to have a way to express my feelings, despite at the time not having an album to attach this to. I was lucky that a friend of mine introduced me to the work the Sankofa organization is doing and it really resonated with me. I felt their work embodied the same message I wanted to convey with this song. As a result, the Sankofa organization and I have combined efforts to spread this important message of equality through this amazing video, as well as through their EP17 Project, where the song was originally released.”

“Hanging Tree,” written/produced by Blake and directed by Sean Alexander, is a visual that showcases the injustices in a corrupt socioeconomic system. The “Hanging Tree” single first appeared as a snippet visual on Sankofa.org’s visual EP “17”, which featured music by artists Ty Dolla $ign, Raphael Saadiq, Mali Music as well as Elijah Blake and is now available on all DSPs. The visual EP, which made its official February 17th premiere on TIDAL, seeks to raise funds to support grassroots organizing efforts around issues of racial and social justice. It is now available on all DSPs.

Check out the full video by clicking here.

Singer/Songwriter Elijah Blake takes a spontaneous trip to Japan and captures the most scenic visual ever. Birthed from his 2016 project Blueberry Vapors, the video was formed in representation of his hit songs “Forget You” and “Voices In My Head.”

Directed by Sean Alexander, both Elijah and Sean decided to jump on a plane and take advantage of the fascinating Japan culture and what it had to offer. No crew, no plans, but eventually forming a great concept.

“One day my director Sean Alexander and I were sitting back thinking how crazy would it be to just hop on a plane with no crew, no plan, no restrictions, and be forced to pull from whatever culture we stumble upon. Three days later, we were headed to Japan with just his camera. Neither one of us spoke a lick of Japanese, but we came up with this piece with the help of some friends we made along the way. I’m very proud of it.”

“It’s a beautiful thing to have something you can believe in that’s bigger than yourself, and if society won’t let you in, create your own. Elijah is a master in the studio. We’ve been fans of his writings and personal work for a while so it’s a real honor to put something out together.”

Check out the track above.

Elijah Blake returns with his new visual entitled “Whatever Happened”.

In the video, which was shot right in the middle of Austin, TX during SXSW week, Elijah connects with a female companion as they party, drink, smoke with friends, enjoying the festivities — all while having an amazing time together. As he thought the connection was strong enough to eventually upgrade her to a “suite” from her dorm room, things begin to dissipate, and what once was became just a memory.

Wasn’t ’bout the sex, I admit that shit was super fly
Wasn’t smokin’ yet, til she went and got me super high

This ain’t a rhetorical question
I’m asking girl, whatever happened?
Last I seen you we were planning out our anniversary

Check it out above!

Elijah Blake heads over to the streets of New York in his new visual for “Everyday.” Taking on the mean concrete jungle, Blake links with a few of his woes as they take a walk through the neighborhood, while eventually busting out in full Chris Grant-assisted choreo to the hit track.

Check it out in FULL below:

With his new upcoming album Shadows & Diamonds just around the corner, dropping June 23rd, the talented singer-songwriter debuts his new tune “Uno.” Check it out above!

Check out Shadows & Diamonds below:

Elijah Blake shows off a side of him that we’ve never seen before in his newest visual entitled “I Just Wanna…”.

In the video, the incomparable songwriter and vocalist pulls out his dancing shoes, and shows us a few surprise moves, as he tries to impress a special love interest. Think, Michael Jackson “The Way You Make Me Feel” but the 2015 version of the classic video. Dej Loaf is also holding Blake down, throwing in a few of her very own lyrical bars/vocals in the midst of the fly track. 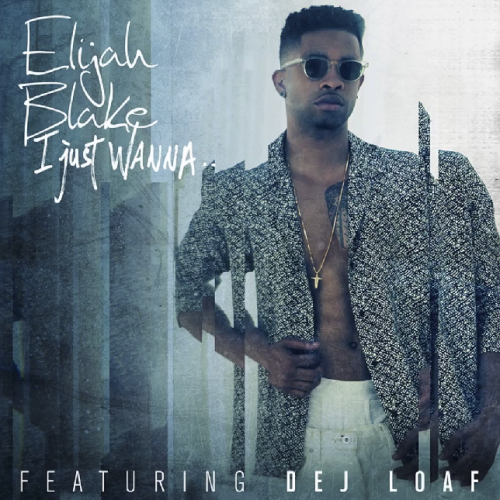 Feeling good on that Henny, Loaf adds a few verses on the remix track, as the two admit that they just simply Wanna Get F**ked Up in each other’s presence.

I wanted to keep it young yet still cultured. I felt DeJ was the perfect look because she got a fresh sound and vibe about her. And to be honest, I missed the era where multiple female rappers were killing it and were getting on hip-hop tracks and adding a woman’s perspective to a male record. 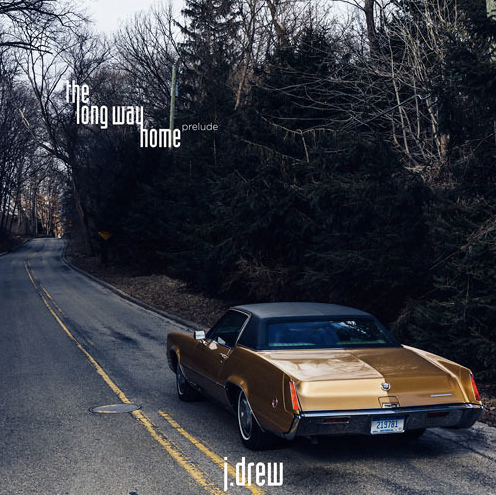 J. Drew is back in our speakers with a brand new EP entitled The Long Way Home. The 4-track project was produced by Drew himself with an appearance from Def Jam/RocNation‘s own, singer-songwriter Elijah Blake.

Check it out in it’s entirety below: