DJ Premier and singer-songwriter Miguel combine forces on a new track titled “2 Lovin U,” which was produced by the legendary DJ.

Facing a few conflicts, the song (its original version) was never released until now.

“The snippet you heard on Miguel’s Instagram, mine is the original,” Premier said in a statement. “Miguel and I were vibing at a session and just really seeing what we could come up with. What we came up with was a dope, but rough version of what you hear today.”

The song was birthed from Premier’s new label To The Top aka TTT and was teased on ESPN‘s First Take and SportsCenter on this past Valentine’s Day.

“Wait until you see the video,” Premier says, as we should expect a visual very soon.

Check out the song in full above. 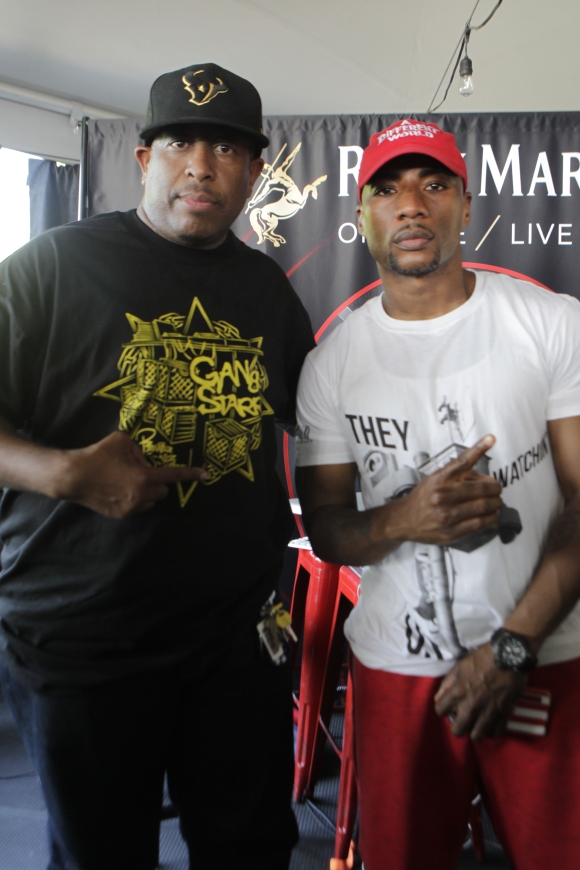 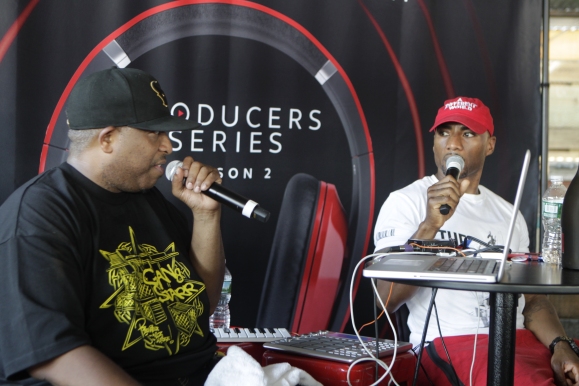 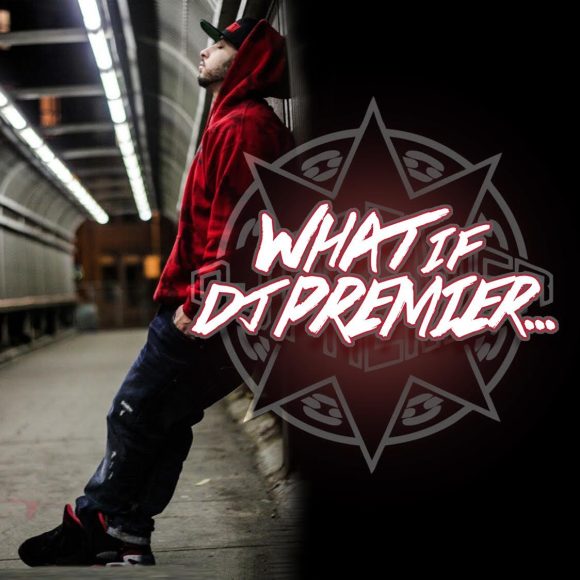 90’s Hip Hop is what J. Littles lives by. While his music is undeniably influenced by the Golden Era, the New Jersey native tells modern tales of struggle in the inner cities – especially in the Latino community. To start off the new year, J. Littles revives a classic for his latest freemix/remake.

“I was just aiming to revive a sound that once defined Hip Hop. I’m taking it back to its roots.” 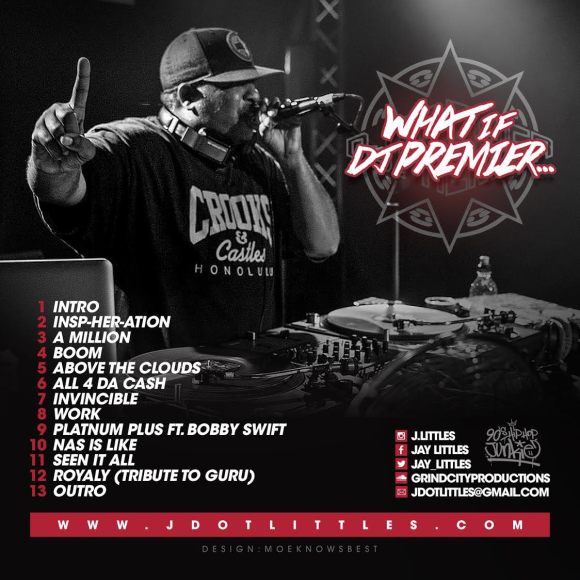 As a Hudson County, New Jersey native, J.Littles is taking the “6th borough” by storm. His storytelling and refreshingly classic music are influenced by the 90’s and its Hip Hop legends – such as Tupac and Big Pun. J. Littles has gained a reputation for being the artist who paints the picture of struggle in inner cities and the voice of the Latino community. 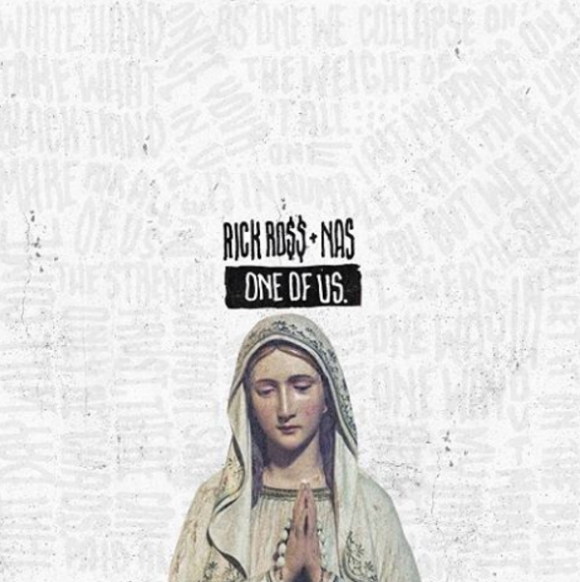 Packed with horns and a bass-heavy tempo, DJ Funkmaster Flex gives us a ear-glimpse of Rick Ross‘ new track “One Of Us” featuring Nas.

Check out Rick and Nas’ collab track below: 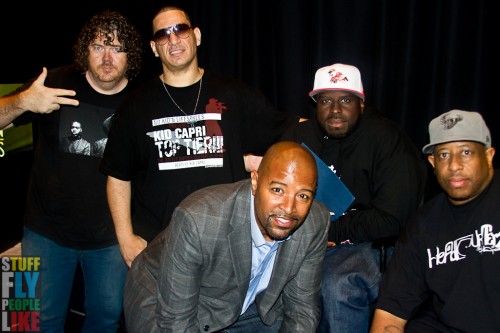 Yesterday, the nominees were announced for the 2014 Global Spin Awards (GSA), an award show that honors and recognizes the world’s most dynamic and talented DJ’s for their contribution to the culture of music and entertainment, at a press conference held at Bryant Park Hotel.

END_OF_DOCUMENT_TOKEN_TO_BE_REPLACED

Missed the 2013 BET Hip-Hop Awards last night? Well the SFPL got you covered, the night included performances from top hip-hop acts Rick Ross, DJ Khaled, Kendrick Lamar, Diddy, 2 Chainz, Bone Thugs and Harmony, Meek Mill, French Montana and many more. The highlight of the Hip-Hop Awards have to be the highly anticipated cyphers though. Kendrick Lamar and the TDE crew cypher has been the talk of the Internets since the awards initial taping. Lil’ Kim, Action Bronson, Rapsody, Slaughterhouse, Jon Conner, A$AP Mob and The Real Husbands of Hollywood cast participated in this years edition of the cyphers. DJ Premier supplied the beats to this years participants. Kendrick Lamar reigned supreme as he took home 5 awards, his competition Drake took home 4 awards. Other winners on the night  included Jay Z, J.Cole, Benny Boom, Mike Will Made It, Big Sean, Nicki Minaj, A$AP Rocky, DJ Drama and Worldstar Hip-Hop (side eye). Checkout the videos below and leave your thoughts on who brought it this year and of course who should just give rapping up all together.

Tuesday 5/21/13 Teams SFPL was in the building as bloggers, socialites packed the Beats By Dre in Soho for the Vip launch of the Milkcrate Athletics Beats Studio headphones.  Milkcrate Atheletics designer Aaron LaCrate who also is a DJ was on the ones and twos for the beginning of the event then gave way to DJ Premier.  Hip-Hop legend Slick Rick and Schoolboy Q both gave impromptu performances trying to make the best of what was a terrible sound situation. Others in attendance Yandy Smith, Lore”l and Q-Tip. Step into the photos from the event below.

END_OF_DOCUMENT_TOKEN_TO_BE_REPLACED

Friday night April 26th at the UCB (Upright Citizens Brigade) theater Hot 97 DJ and comedian Cipha Sounds combined the worlds of Hip-Hop and Improv comedy.  Team SFPL was on hand for the second installment in Cipha’s Take It Personal Hip-Hop Improv Series as Cipha and improvisers re-enact stories told by legendary hip-hop producer DJ Premier.  Premier shared personal stories about the Notorious B.I.G, and the late great Guru of the iconic rap group Gang Starr as hip-hop fans soaked it all in. Other guests in attendance included Ebro (Hot 97), Omar the Commedian, Dominican Drew (Hot 97), Themar Dumay (MissLynShue.com), Keithe Nelson (AllHipHop.com), and Willy Dope of Par-City. It was a night of great laughs, great improv comedy and hip-hop stories peep photos the rest of the photos from the night below.