Last Night in ATL, it was very dark n sensual across town at the AMC Phipps Plaza for the Fifty Shades Darker tastemaker screening hosted by Kandi Burruss.

Atlanta was definitely the place to be last night! Fifty Shades Darker is in theaters Friday, February 10th. Ladies do yourselves a favor call up the besties and make it a ladies night you won’t ever forget.

For more photos from the night checkout the gallery below:

The Southern Hummingbird, TWEET, is making a strong musical return and plans to set 2016 ablaze with the release of her new album, CHARLENE. Her buzzworthy and critically acclaimed body of work has charted #1 on Apple and Amazon R&B Charts respectively.

She marked his milestone by having a fabulous album release and listening party at the Madison Square Tavern located in Midtown Manhattan hosted by Sean & John Events.

Not only was she welcomed by her Rochester, NY family and friends, but also industry friends including Music Mogul, Benny Medina, Derek J (formerly of Bravo TV‘s Fashion Queens) and Industry Vet/Entrepreneur/VH1‘s Reality Personality, Yandy Smith-Harris. 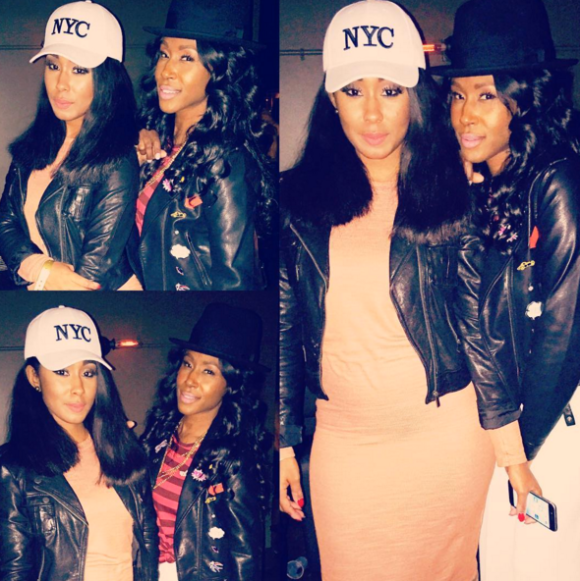 Tweet’s daughter, singer Shenice also accompanied her Mom to the exclusive event. You can barely tell the two apart as they literally look like twin sisters! Just beautiful.

If you have not picked up ‘CHARLENE’, please do so, you won’t be disappointed.

Get the album on iTunes HERE.