Last Night at the Rose Theater, at the famed Jazz at Lincoln Center located in NYC, Denzel Washington, Viola Davis and the cast of Fences movie hit the red carpet for a special screening. The special night also proudly supported the Boys & Girls Clubs of America whom Denzel has been a proud spokesperson for many years.

After the screening it was time to celebrate, the cast and guests hit Tavern on The Green for the official screening after party. The iconic actress Phylicia Rashad came out to celebrate with the cast and crew of Fences last night and yes she looked amazing.

The night looked truly amazing as all of that black star power converged on NYC last night to celebrate a powerful film.

Fences is in theaters now in select cities NY and LA and opens Nationwide on Christmas Day. For more photos from the night hit the gallery below and after that hit the next page to see three clips from the film.

Last Night, December 7th, in Atlanta,at the Regal Cinemas at Atlantic Station, tastemakers and special invited guest were treated to a special advanced screening of the powerful film Fences. The film stars Denzel Washington who plays Troy Maxson, an African-American man trying to raise his family in the 1950’s while dealing with race relations and coming to terms with events that went on his life. His wife Rose Maxson (Viola Davis) is there to let him know he’s not alone in this battle and help him build a relationship with his son Cory (Jovan Adepo) and is based on the Pulitzer Prize-winning August Wilson play.

Notable guest who attended the screening were Ludacris his wife Eudoxie, stars of the film Denzel Washington and his wife Pauletta Washington accompanied him, Jovan Adepo, Mykelti Williams, Stephen Henderson, Frank Sanchez who serves as the National Vice President of Sports Entertainment Alumni Development at the Boys & Girls Clubs of America and Atlanta Mayor, Kasim Reed.

That’s not all that took place that night, there was also a special town hall discussion moderated by FLY guy Terrence J, held at Morehouse College where the cast fielded questions and got into details about the highly anticipated film.

In more Fences news, the film was also nominated for six Critic’s Choice Awards alongside Hidden Figures. So congrats are in order for that accomplishment as well.

Fences arrives in theaters Christmas Day! For more photos from the amazing night in Atlanta checkout the gallery below.

Fences already had folks talking Oscar worthy just off its first trailer, this new trailer only gets the people talking more!

Based of the Pulitzer Prize-winning August Wilson play, directed by and starring Denzel Washington who plays Troy Maxson, an African-American man trying to raise his family in the 1950’s while dealing with race relations and coming to terms with events that went on his life. His wife Rose Maxson (Viola Davis) is there to let him know he’s not alone in this battle and help him build a relationship with his son Cory (Jovan Adepo).

So soak in the powerful trailer above while your still enjoying those Thanksgiving leftovers. 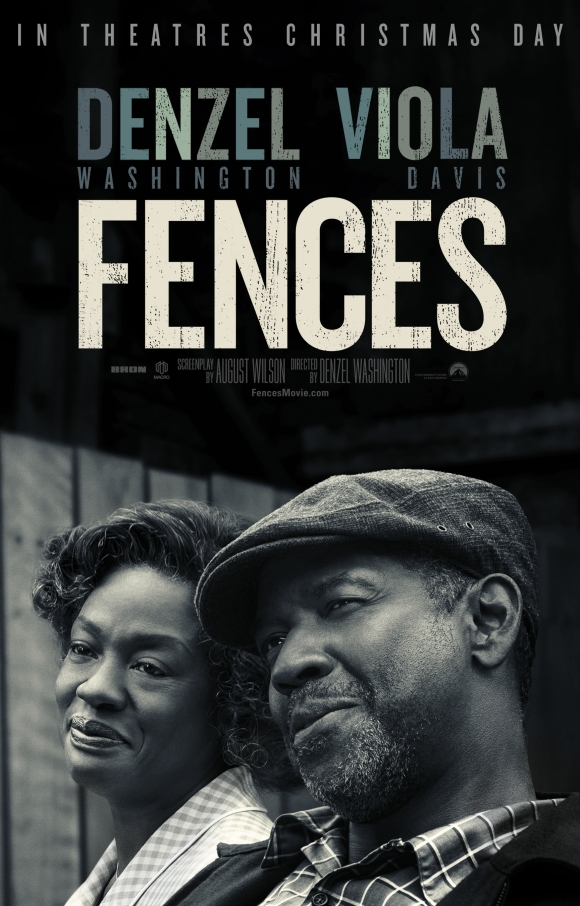 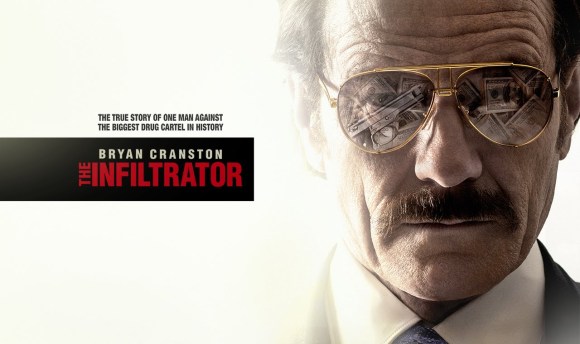 With The Infiltrator coming down the pipeline, hitting theaters everywhere on July 13, we wanted to countdown our top 5 actors we loved watching in other classic films as a sarcastic law enforcer.

Take a look after the jump… 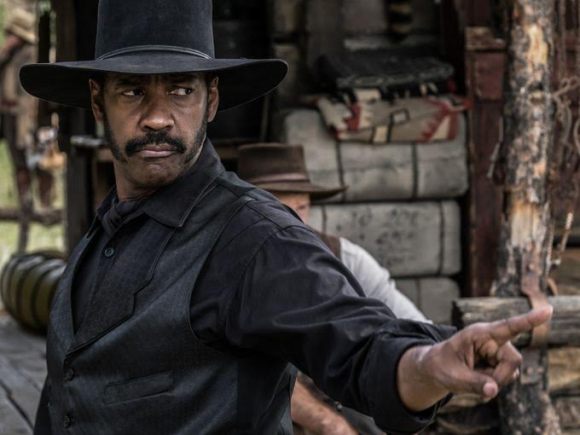 Step into the first teaser trailer for The Magnificent Seven starring Denzel Washington, Chris Pratt, and Ethan Hawke, and directed by Antoine Fuqua.

END_OF_DOCUMENT_TOKEN_TO_BE_REPLACED

In case you missed it….After invading NYC, promoting his new album Black Rose, Tyrese debuts his new video for the hit single “Shame,” which was directed by the one and only Denzel Washington. How EPIC is that, right?!

The visual music film stars the incomparable Jennifer Hudson as she shows off her dynamic acting chops sans lead vocals. She portrays as Ty’s wife and background vocalist in the film production, but Black Ty’s player card kicks in, as he literally cheats on his wife [Jennifer] with another singer — who sings shoulder-to-shoulder with the love of his life. Later, Tyrese asks for forgiveness and is ashamed for what he has caused within his own family.

“Black Rose is my most intimate album, it’s my most vulnerable album, and it’s my most honest album. Most of the people that hear it compare it to Confessions by Usher, because when you’re just being honest saying, Through my flaws and my shortcomings and relationships I lied, I cheated, I this and I that, whatever your story is or your scenarios, it goes back to blues. The reason why blues will be around forever is because people have to sing their most honest song or it just will be ineffective.”

Check out the video below: 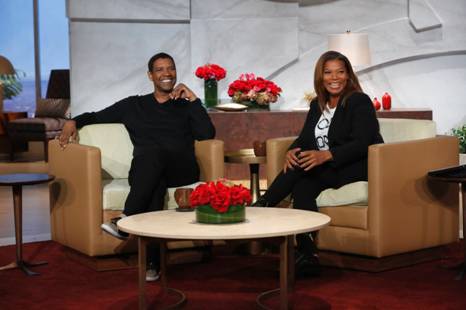 Denzel Washington made his debut appearance on The Queen Latifah Show on today, Friday, September 26. There to promote his new film ‘The Equalizer’, Denzel shared his best Jay-Z impression with and long-time friend and former co-star Queen Latifah. Then, Denzel, who is also the national spokesperson for The Boys & Girls Club of America, pulled off a major surprise on this year’s “Youth of The Year” winner, Maryah Sullivan and presented a gift of $10,000 for her local Central Florida Boys & Girls Club. Check it out below…

END_OF_DOCUMENT_TOKEN_TO_BE_REPLACED 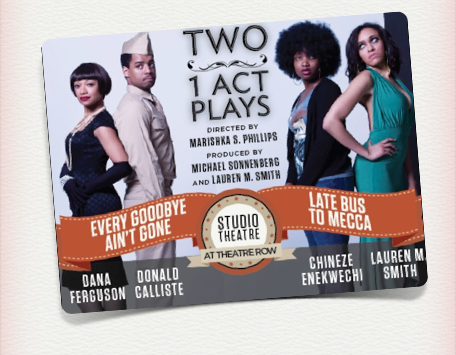 The new production of these one-act plays highlights the African American experience and examines love, culture, and identity.  “Both stories focus on finding and protecting love.  Often with modern relationships, connections are thrown away for the most trivial reasons, and these stories are a reminder that love is one of our greatest sources of support and strength, and consequently should be nurtured instead of abandoned,” says director Phillips, who has a successful career in theatre as a Broadway actress, international performer and acting coach.

Each play showcases intense story lines and unforgettable characters grappling with the historical movements of their eras while dealing with personal matters of the heart.  With the combination of two plays in one, the production is the first of its kind, and stars a stellar company of performers who revive roles originally performed by Denzel Washington and S. Epatha Merkerson.  The casts include newcomers Dana Ferguson, Donald Calliste, Chineze Enekwechie and Lauren M. Smith.

Tickets are one sale now for $33.75, and can be purchased at the theatre box office or online at Telecharge:  HERE

About LATE BUS TO MECCA & EVERY GOODBYE AIN’T GONE:

Written by Pearl Cleage, Late Bus To Mecca is the tale of two oppressed women trapped by the two progressive movements of their time – Civil Rights and Women’s Liberation. Ava, an occasional prostitute, and ABW’s (A Black Woman), lives intersect at a Detroit bus station the eve of Muhammad Ali’s return fight.  We follow them on a journey, as their random encounter provides each woman a way to free themselves from their current circumstances.

Written by Bill Harris, Every Goodbye Ain’t Gone is a love story depicting a soldier, Frank Dandridge, and the jazz singer he can’t escape, Rula Payton. As both struggle in an unfair and brutal world, Frank instantly falls for Rula, only to find that she is unable to provide him with the love he seeks. When she finally is ready to reciprocate his affection, can Frank handle it?

Actor Denzel Washington covers the October 2012 issue of GQ Magazine, looking dapper as usual! Rocking a double-breasted suit, two-time Oscar winner and box-office giant talked about his first jobs, how his father influenced him, and why he won’t question his mojo. Peep more pics below…