Dave East is fresh off delivering his new project Kairi Chanel as well as announcing his new deal with Mass Appeal x Def Jam and he wastes no time delivering a visual for standout track “Type of Time.”

“Type of Time” is a rugged record where we find the Harlem emcee reflecting on making it out of the trenches, and his transition to being one of the hottest newcomers in the rap game.

Decked out in designer everything, East overlooks the city his sights set on taking over the Big Apple and beyond.

Watch “Type of Time” above. You can catch Dave East performing at the Highline Ballroom with special guests Tuesday Oct. 18.

Holding down the Def Jam mainframe for some time now, Rick Ross now makes yet another boss move and makes his way over to his new label home, Epic Records.

News broke recently, which left everyone a little confused but with eyebrows raised wondering if this perhaps was a good move. But looking at Epic’s recent track record, the conglomerate seems to be on the winning streak.

Ricky has been signed to Def Jam for the past ten years. During his stay, the talented MMG rapper dropped eight studio albums.

Ross signed his deal with Epic as a solo artist but we’re sure eventually the rest of his Maybach Music camp will join the flow. He also joins his fellow music cohort Diddy who also made a transition over to the established entertainment home.

On the low, we kinda want that hoodie! Send a few over Ross!

Congrats to Rick, LA Reid and the entire Epic staff!

J. Drew is back in our speakers with a brand new EP entitled The Long Way Home. The 4-track project was produced by Drew himself with an appearance from Def Jam/RocNation‘s own, singer-songwriter Elijah Blake.

Check it out in it’s entirety below:

In memory of late Def Jam exec, Shakir Stewart (who originally sealed her deal with the said label), singer Karina Pasian debuts an emotional visual pinning down the effects of suicide, which is how Shakir took his life. The lead character in the visual is played by actor and Karina’s current boyfriend, Tyler James Williams (Everybody Hates Chris), who wrote the treatment for the video. Check out more below…

END_OF_DOCUMENT_TOKEN_TO_BE_REPLACED

Jeezy paints a trap story with words from the back of his ghost literally in the Taj directed clip for “Holy Ghost”.

END_OF_DOCUMENT_TOKEN_TO_BE_REPLACED

Rick Ross takes a break from being the bawse and enjoys the beautiful sights his home Miami has to offer in the Eif Rivera directed visual for “Supreme” ,the Keith Sweat assisted track off his latest album Mastermind.

END_OF_DOCUMENT_TOKEN_TO_BE_REPLACED

Stripping to make those ends meet ladies? Don’t worry August Alsina and Fabolous won’t judge you ladies at all for doing what you gotta do in August’s new visual for ‘Get Ya Money’.

END_OF_DOCUMENT_TOKEN_TO_BE_REPLACED 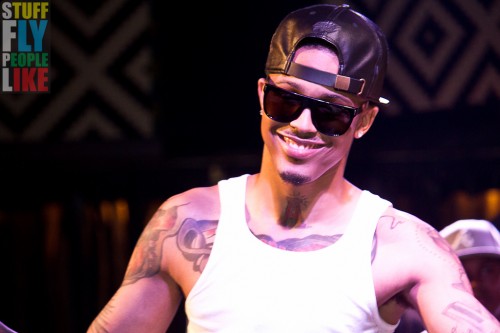 Last Night August Alsina returned to S.O.B’s in NYC to celebrate the release of his new album Testimony.

END_OF_DOCUMENT_TOKEN_TO_BE_REPLACED

New Orleans crooner August Alsina stopped by The Arsenio  Hall show last night as he is in full promo mode for his debut album Testimony.

END_OF_DOCUMENT_TOKEN_TO_BE_REPLACED 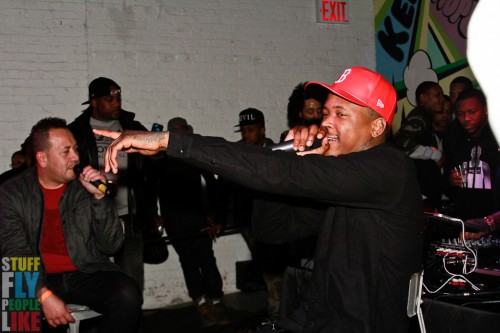