CeeLo is saying what we’ve always been saying; but just out loud.

The “F**k You” singer, shares his new rock inspired tune and video for the new single “Jay-Z’s Girl.” Yes, you read it correctly. There’s no filter involved.

Now, known as Gnarly Davidson, the veteran artist expresses his love for Beyonce and if he can’t have her, he wants someone just “like that.” He apologizes to Brooklyn rapper, Hov, but also says that he is his number 1 fan.

The John Colombo-directed video finds a younger version of Gnarly in a poster-filled bedroom, with drawings of Bey on his desk as he later gazes into the stars which eventually forms into an illumination of the Lemonade singer’s face.

As awkward as the new song and visual may seem at first, once watching it you get the comedic side of it all, and somewhat adorable. We could see Jay and Bey laughing along with the entire concept. Not to mention, it’s actually a great song that was influenced by Rick Springfield’s classic ’80’s jam “Jessie’s Girl.”

Take a look at the full video above.

In case you missed it, check out Gnarly’s last visual “F**k Me, I’m Famous”:

When it comes to fashion Cee-Lo Green is definitely not afraid to take risks at all. Sunday night at the Grammys if there was a Grammy award for the most memeable moment that award would have went to Cee-Lo Green. Tonight he unveiled his new persona “Gnarly Davidson” and ummmmm he’s quite interesting looking.

When it comes to looking absolutely crazy on a red carpet, Lady Gaga usually signs up for the job but Cee-Lo decided he was up for the task. As you can imagine the internet was not here for “Gnarly Davidson” and the jokes started pouring in at a record pace. Cee-Lo was compared to everything from the iconic Star Wars character C-3PO, Ferrero Rocher candy, a Power Rangers villain and their mentor Zordon, a video game character and much more. Peep some of the hilarious tweets:

Man these these things are hilarious, someone even went out of their way and photoshopped “Gnarly Davidson” into Donald Trump’s lavish 5th Avenue penthouse.

I edited Ceelo Green into the background of pics of Trump in his apartment and holy shit 😂😂😂 pic.twitter.com/VurY7DMJ1w

We promise you we have been sitting here a smooth 45 minutes just looking at these memes and tweets laughing. So please do yourselves a favor hit the gallery and enjoy all of Gnarly Davidson in his golden glory below:

Last night, Global Super Star and Multi-Award Winner John Legend celebrated the launch of LIFEWTR, a new premium bottled water from PepsiCo, at LIFEWTR Art After Dark, the premier Friday night Super Bowl experience at Club Nomadic in Houston. John Legend is featured in the brand’s – and his – first-ever Super Bowl ad, airing this Sunday, February 5, with an inspired version of his hit single, “Love Me Now.” LIFEWTR is a new premium bottled water that fuses creativity and design to serve as a source of inspiration, as well as hydration, to usher in a new era of thirst quenchers which launched in February. 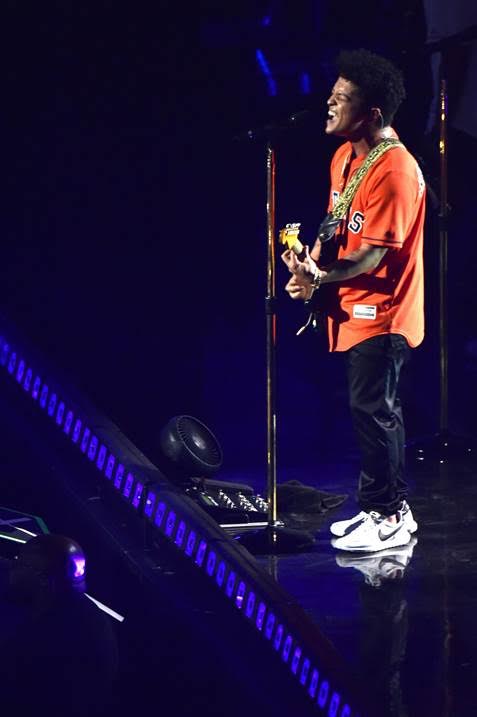 The event was headlined by Bruno Mars with a special performance by DJ Khaled, and featured an exclusive speakeasy lounge in honor of 1893 from the makers of PepsiCola. 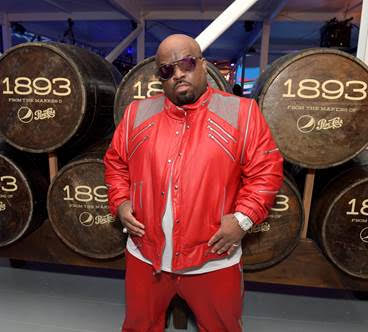 CeeLo Green and other VIP celebs and guests sipped on cocktails like the 1893 & Bourbon which combines Bourbon Whiskey, 1893 Ginger Cola and a lime garnish. 1893 is Pepsi’s new line of colas that offer a bold blend of premium kola nut extract, real sugar and sparkling water.

Other notable guests in attendance include:

–          Mark Cuban, entrepreneur and owner of the Dallas Mavericks

About 1893 Cocktail Lounge
VIPs swung by the private 1893 cocktail lounge during the LIFEWTR: Art After Dark party at Club Nomadic during Super Bowl LI weekend. 1893 is Pepsi’s new line of colas that offer a bold blend of premium kola nut extract, real sugar and sparkling water. 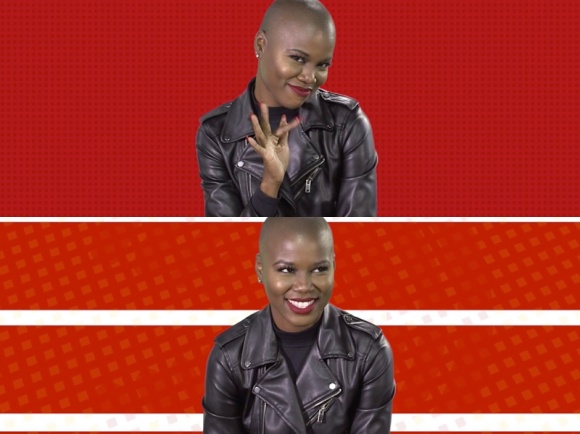 Singer/Songwriter/Producer/Actress/Philanthropist and star of EMPIRE, V. Bozeman paid a visit to the Fly Offices of SFPL TV, during her short-stay in the Big Apple! Born and raised in South Central, California, the established artist talked about her recurring role on the FOX hit series, new single “Smile”, working with Timbaland, tribute performances in honor of the late John Lennon, and living music veteran and actor Harry Belafonte, forthcoming 2016 album Music Is My Boyfriend and more.

The experience has been nothing but amazing. So many doors have opened, i’ve developed so many new relationships with people from Terrance, Taraji, Jussie and Yazz. I just think it’s a big family and everybody is so grateful to be there and just be apart of a special series.

About being compared to the legendary Grace Jones, all while still forming her own lane:

She paved the way for me. If there was no Grace Jones, it wouldn’t be a V. Bozeman, and I honor her to the upmost — I give her so much respect. She’s broken so many barriers and that’s kind like what i’m about, I vibe on my own vibration.

In case you didn’t know, V. Bozeman first made her way onto the scene when singer/musician Timothy Bloom premiered his 2011 single/video ‘Til The End of Time’, which featured Bozeman and her powerful vocals, as the visual went viral capturing the duo in a D’ Angelo‘esque type vibe, barring a little skin; all while delivering a soulful love song. Two years later, V debuted her new single/visual “Race Jones”, where she delivered a powerful message about accepting the color of her skin, that she’s in.

Since then, V’s wings continued to spread as she moved on to work the likes of Cee-lo Green, Rihanna and now hit-maker Timbaland under the label Mosley Music Group.

Watch the FULL interview below:

Here’s the latest new jawn from Cee-Lo Green featuring his label Wiz Khalifa. Its the Remix for his latest hit “Bright Lights Bigger City’. Check it out…

In case you were wondering, and we knoooow you were, Big Heed and Alien, AKA “The Rapper and The Drummer,” met while playing instruments together in the church choir. Their childhood dream of making it big became a reality when an appearance on BET’s 106 and Park landed them a recording contract.

Born Shaheed “Heed” Smith and Ali “Alien” Warren in the suburbs of Atlanta, Georgia, Big Heed and Alien both began nurturing their musical interests early on. Alien started out on the back of his parent’s pots and pans and Heed with the first keyboard his mother bought for him at 10 years old. They both honed their skills during countless hours of isolation while on punishment. Alien remembers fondly, “My mother realized I was having more fun [in my bedroom] than going to school, so she bought me my first drum set & piano and let me practice as a reward.”

Separately they developed their talents exploiting the local music scene. Alien started out with local bands eventually playing drums for acts such as Airof Stereograph, B.O.B and Travis Porter. Already a talented MC, Heed was invited to a studio session with the Dungeon Family after meeting Andre 3000 at a performance at the Tabernacle. From that experience, he was able to log one on one time with Cee-Lo Green where he learned valuable skills that shaped him as a producer.

In 2008, Merovingian Music executive Robert Watson convinced the two artists to join forces (Heed is the MC and Alien is the drummer; together they make up Big Heed and Alien).  First performing at local Atlanta venues and prominent events such as the Annual Luda Day Block Party & the bi-annual Sweet Auburn Festival leading to an appearance on BET’s 106 & Park as part of Wild Out Wednesday. Eventually they were asked to return as the show’s first ever house band, playing for subsequent Wild Out Wednesday contestants. The grooming from Watson and Merovingian Music head Jack Ponti, (known for successes with Bon Jovi, India Arie, etc.) lead the duo to a deal with Battery Records/Jive Label Group. “From the moment we saw that unbridled passion and creativity in Big Heed and Alien on BET, we knew there was something special here,” says Ponti regarding the recent signing.

With their music best described by Heed as, “totally out of this world,” they hope to spread a message of fun. Their debut album The Big Heed and Alien Show features their first single, “Tipsy,” which broke on Sirius Hits 1 radio, is a high energy record about how to use liquor to have a good time. “They have a really refreshing sound consisting of an MC and live drummer which completely cuts thru sonically. Their first single is a crossover smash with a very wide appeal” says Neil Levine, SVP & GM of Battery Records.

These boys are dope!! Check out our dope interview, and videos, below…

1. Where do guys accredit your love for music?
The love comes from above, we have an urge to do this even though
we don’t understand the word love.
2. Some of the best artists pinpoint their start to the church. How do you think your upbringing in the church will push you even further than that of other artists?
I can’t say that if you go to church you will go further than a lot of these artist, but you may learn discipline depending on which  church/temple you go to. I was raised in a crazy demented church before I met my fellow Alien. Now we follow GOD UNIVERSE… not man.  “Religion” has a tendancy to seperate people…watch what you say.
3. Who are some of your musical inspirations?
NIRVANA, TUPAC, BIGGIE, OUTKAST, ICE CUBE, GOODIE MOB, 90’S CASH
MONEY (WHEN TURK BG AND JUVY WERE IN IT), SADE, MARVIN GAYE, EARTH WIND
AND FIRE, LL COOL J…

4. With having already working with 2 of the most eclectic forces in music, Cee-Lo and Andre 3000, are you afraid to being limited to a certain category of music?

Fear is only an illusion so we don’t speak to one another anymore.

5. Where do you guys see yourselves 5 years from now?
Raising my son in the woods with 3 white wives, 4 black wives, and a trail mix type variety to help raise my seeds.

6. How big a part does fashion play in your image?

Fashion is cool.. but I rather have something made….but a wife beater some jeans and some chuck taylors are cool with me.

7. Are there any Must Haves you simply cannot live without when it comes to either fashion and/or music?

I could not live with out a keyboard or something that makes some type of melody, if I didn’t have that I would go crazy. I like a fresh pair of shoes on stage though…
8. How is your family reacting to your gained recognition from the passion that started when your guys were just kids?
My mom already knew…oh yeah and I have family member that I don’t even know caling my phone.. its funny. They don’t even know my son’s name.. geeeeezzz gottdamn wizzzz!!!
9. Any dream artists you would love to work with?
I wanted to do something with Big and Pac.. wish I could have stopped them from falling a victim to that bullshit that they have setup for “rappers”. Other than that.. everything else is your reality… no one has to do anything with you to make a dream come true. Live what you speak…

10. Lastly, are you ready for this ride?

Have you heard their single “Tipsy?”

With a bedazzled green track suit, Cee-Lo performed his chart-topping hit at the 2011 NBA Sprite Dunk Contest. Check it out!