Cam Newton by no stretch of the imagination is having the season he did last year. His Carolina Panthers are pretty much on the outside looking in when it comes to getting in the playoffs and his play on the field has been very sub-par. 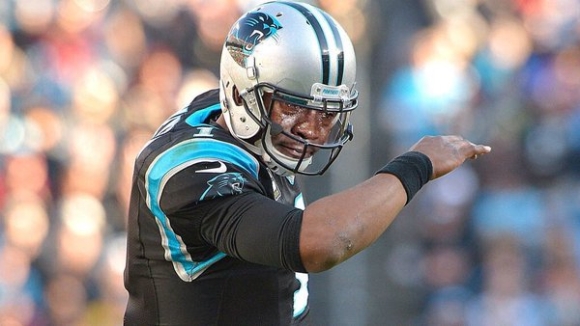 The usually fashionable quarterback’s post game attire has also taken a hit. Things have been going downhill fashion wise for Newton since he wore those infamous Versace pants. This season it’s been nothing but L’s on the field and off the field as folks just sit back and wait to see what in the hell Cam will wear this time.

You think Cam would chill knowing that Twitter has been going in on him right ? WRONG. Cam was back at again this Sunday and the fallout was swift when walked out to the podium in this outfit: 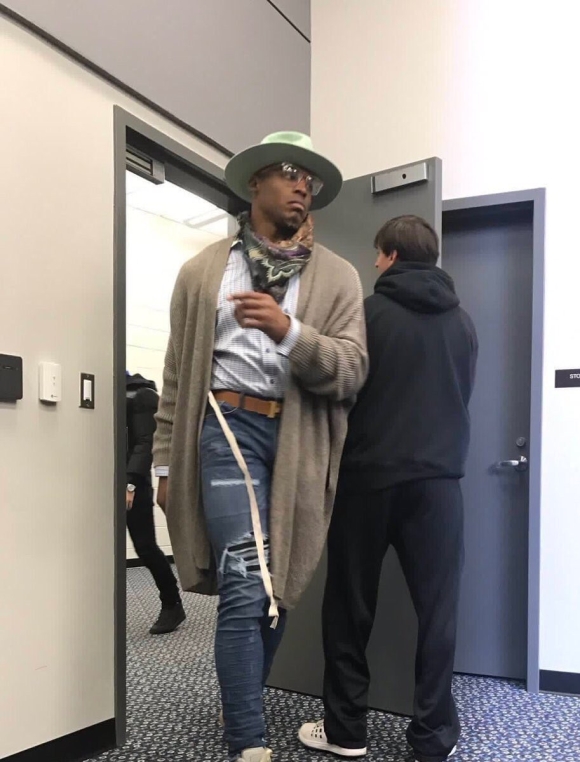 ESPN’s Jemele Hill got the roasting session started with a series of hilarious tweets:

When you gotta share crop after you quarterback the game pic.twitter.com/gzXbx72uY3

When your side hustle is robbing stagecoaches pic.twitter.com/RVXH2lBE1y

When grandma hears the kids being too loud in the next room pic.twitter.com/8aClYkSNVJ

Oh you better believe it didn’t stop there, hit the gallery below to see the hilarious memes making fun of Cam’s ridiculous outfit. 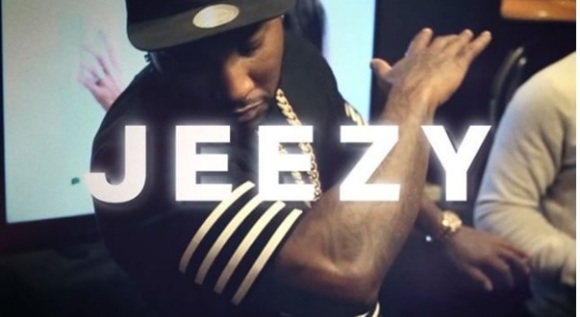 Whether you like him or not, there is no denying Cam Newton is having one hell of year! He’s the clear favorite to win the highly coveted NFL MVP award, led his team the Carolina Panthers to Super Bowl and is the runaway favorite to win the chip. All the while dancing his way into the hearts of millions all over the country.

So in a move that makes TOTAL SENSE, the brand that’s been rocking with Cam faithfully Under Armour, enlists the help of Jeezy to craft an anthem for Cam. So now the that infamous photo of Cam posted up with Jeezy and Future before the Panthers Super Bowl clinching victory over the Arizona Cardinals makes total sense now.

Under Armour revealed the song is happening in a 15 second clip posted on their Instagram page. Jeezy spoke on the track in the clip saying “it’s gotta be true to him, because it’s Cam”. Well from what we heard in the clip it’s definitely dab worthy. Peep the video below:

@jeezy puts on for his city and his friends. He created this exclusive track for @Cameron1Newton. Get a sneak peek now. #BTS

We are looking forward to hearing the track in its entirety when it drops sometime before the Super Bowl.

When first lady Michelle Obama rocks an amazing dress, it sells out in minutes due to her awesome star power. A few days after Rihanna posted a selfie on Twitter while crowned with a set of blinged-out Dolce & Gabbana headphones (worth $8,895), the pricey accessory sold out in the same day. And now we can add star quarter Cam Newton to ha list of influential purchasing power.

END_OF_DOCUMENT_TOKEN_TO_BE_REPLACED 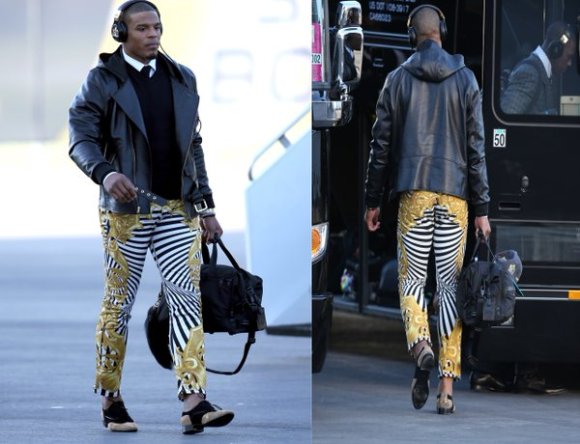 Cam Newton wanted us to look at his pants instead of his dab yesterday as he boarded the team bus. Ashy ankles and all , Cam was decked out in a pair of $850 Versace zebra striped pants which could very well pass as leggings and some funky shoes to complete the look.

Cam thought he was extra FLY as he exuded nothing but confidence as he strutted to the team bus. The internet though was not here for his expensive #coolpants and proceeded to let Cam have it.

Cam’s off the field fashion has been brought into question before for his choice of pants here are his other fashion “offenses”: 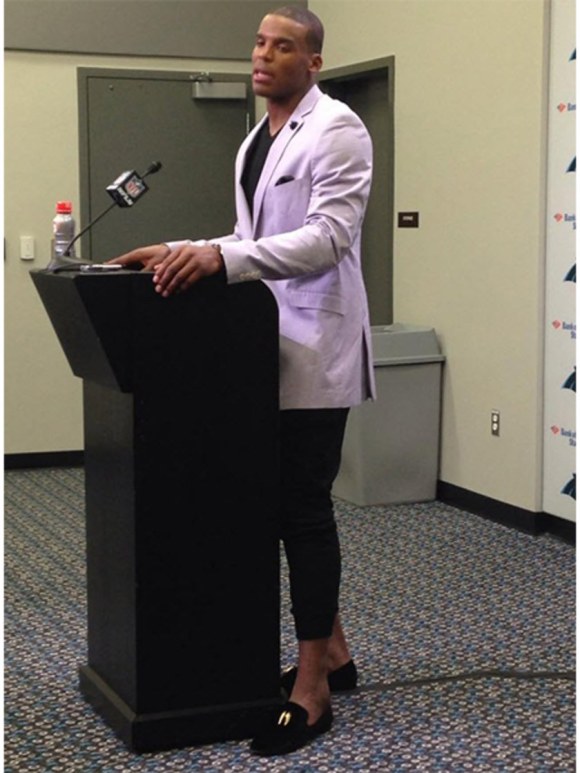 Those pants weren’t as outrageous as these ones, maybe this is just Cam displaying his love for the brand, that the rap group Migos affectionately made a song about, who also who made the dance move he so loves to do on the football field. Or maybe it’s just Cam trying to hard to be fashion forward? Whatever it is the folks on the internet is not here for it. We just hope Cam seals the deal and wins the chip cause internet will not be kind.We can already see the Michael Jordan crying face being photoshopped on his head wearing those pants. Hit the gallery below to see folks clowning Cam’s pants. 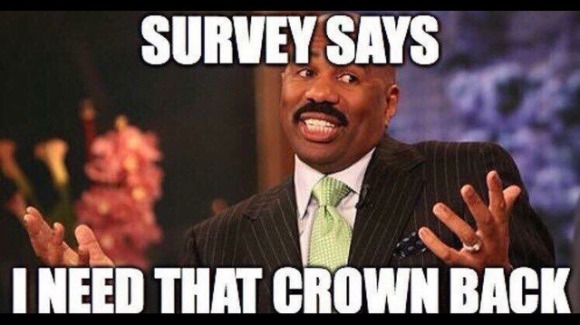 As we literally countdown the hours of 2015, check out our Top 20 recap of the Best and Hilarious Moments of the year. Trust us, this is our best line-up yet as the past 12 months was filled with some of the most news and happenings probably more than any year that we could remember.

Check it out after the jump!