From Memphis, TN, Bernard Flowers steps into the music limelight via his label home of Epic Records/Music The Label Worldwide and presents his new single “This Feeling”.

Bernard is new on the scene and now wants his voice to be heard. He saw music as his great escape despite being in close quarters with murder and mayhem in the streets of Memphis, for him there was never any temptation.

As a teen, music naturally became an outlet. Bernard started experimenting with rapping and singing at 13, when his sister’s boyfriend brought him to a local studio.

“He knew I had talent, but I never really cared about it. My whole life people was like, ‘You can rap, you can sing, you need to come to the studio.”

After recording his first song, a lightbulb went off that this was his chosen path. Tucking in his goals of being a teacher, he instead dove into recording. At 20, he moved to Atlanta with a friend, stepping out on good faith.

“I was gonna turn into dust trying to make it in music. I just knew if the right person heard my music I could get a chance. That’s why I moved away.”

Great music evokes a feeling that’s sometimes inexplicable. There’s an emotion you get hearing the airy, romantic jam “This Feeling,” a song about pining after a special woman. Bernard wrote the hook off the cuff, not even 10 seconds after hearing the beat.

“I write songs about my ideal woman, what I want in a woman. It’s kinda like a dream that comes to life when I go in the booth. I’m catering to the female crowd and cool guys. Every guy that loves women wants a girl that they can win over.”

Take a listen below.

Up-and-coming singer, Major Myjah, who hails from Miami, is releasing a new project next Tuesday, and to get fans ready, he debuts his new song, “Headed For the Dark,” today. Major has become the most-talked about new artist on the rise who made SFPL’s Artist Spotlight in 2014. His music and sound is well ahead of it’s time and the recognition is coming full swing. 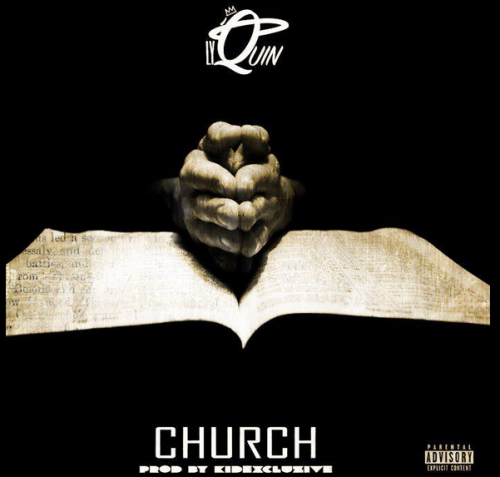 Maryland’s very own LyQuin delivers his cinematic visual for his latest new single “Church” produced by KidExcluzive. With over 300,000 spins on Spinrilla alone “Church” has caught the attention of many.

Showcasing his dynamic versatility, style and supreme wordplay — the visual shot and directed by Daniel Bowie shows a gritty tale of love with a blurred effect. Action packed from start to finish, the talented lyricist captivates viewers of all audiences. 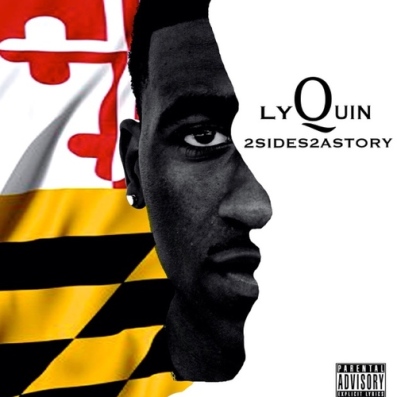 LyQuin highly anticipated second project The Otherside is set to drop very soon. Until then, check out his 1st project 2Sides2aStory which is available on all music platforms and has a enormous buzz with his hit single “4Everybody” available on iTunes now.

Check out “Church” below:

MC/producer/multi-instrumentalist Jack Preston is here with some new music. The ATLien is set to release End Of The Future, his first full-length LP in almost five years, July 14th. Today, he brings us the first official single from the project entitled “Hit Em.’ ATL compatriots Sa-Roc, BLCTXT, and Yamin Semeli join Preston for this hard-hitting jazzy track, produced by Jon Bom.

“During the production of Hit ‘Em, Jon Bom and I flowed with the classic vibe that organically revealed itself through the sample chopping and drum programming process. We decided not to resist the natural direction that it was headed in, and made it a type of ode to the 93-97 Hip-Hop era. We gave stylistic nods to the likes of Premeire and Dilla, Biggie and Snoop, but kept it fresh by inviting some of our favorite artists from the Atlanta Hip-Hop scene…including verses from blctxt and Sa-Roc, scratches from Yamin Semali, and Horns by Born on the Horn. Though these artists are my contemporaries and not my official crew, this is a crew track in the most traditional sense. We aren’t talking about anything profound on this one, we’re just talking shit. You know…just having fun.” ~ Jack

‘End of The Future’ finds Preston and Bom collaborating for an entire project and will serve as the full-length follow-up to their 2010 EP, The Sonikah Project.
Listen to ‘Hit Em’ on SoundCloud:
ABOUT JACK PRESTON
Atlanta-based rapper/producer/multi-instrumentalist Jack Preston exudes the inventive ethos of hip-hop’s alternate world. The voices and sounds of music’s past outsiders such as Outkast, George Clinton, Prince, among many others, are strong imprints in Preston’s music. Equally inspired and informed by J Dilla, Miles Davis, Herbie Hancock, David Bowie, Pablo Picasso, and Salvador Dali, Preston’s work carries a thread of awareness of the commonality between worlds, and propels us forward into the new and unknown.
Much of Preston’s growth as a person inspired his art and music. This personal growth has birthed multiple solo and instrumental projects, as well as a jazz fusion/alt-rock album called Jack Preston x The Dojo, In the Land Of Wanderers.
Solo and instrumental projects include Pickled Beets, The Language of Anguish, untitled#7, The Sonikah Project, and Trouble.
Preston has collaborated with the likes of SMKA, Aleon Craft, Spree Wilson, Sa Roc, Yamin Semali, and Yani.

In a world completely saturated with viral videos, it’s hard to remember any of them after 15 minutes. However, this viral sensation is going to get more than 15 after getting the recognition he deserves. DeAndre Brackensick is his name and he is a former American Idol contestant with a very unique voice of raw emotion and precise riffs. Paired with creativity, melodic runs and harmonies tight enough to make you want to holler, he WILL be your next obsession! Yes! He is that good!

After his run on American Idol where he made it to the top 12, he decided to start working on his own music. He recorded his first single “Her Crazy” released in 2013. Fortunately, for us it didn’t just stop at studio recording. DeAndre hopped on social media using various video recording apps and has created his own collection of covers good enough to make you say, “Maxwell who?” Yes, the talented singer was and still is quite compared to the legendary R&B singer to this very day, and DeAndre accepts that. It’s almost like DeAndre is secretly the “secret child” of Maxwell and Beyonce, but we just don’t know it! Could you imagine??!
Like, take a look at this pic below….

If you are unfamiliar with his voice, take a moment and listen to his recent Sam Smith cover of the hit single “I’m Not The Only One”:

Also, check out more past videos of DeAndre below:

For more material, check out DeAndre’s social media accounts where he updates new music on a daily:

RYLI, one of RnB’s most exciting newcomers, wants to know how to make you happy in her new track,”Tell Me,” which premiered Wednesday, April 8th, 2015, on Saint Heron.

RYLI’s lush vocals are perfectly complimented by the synth driven soundscape created by the song’s producers, Unscripted. Together, they composed an infectious track with melodies that will lull the listener into the perfect state of mind for spending time with the one you love.

“”Tell Me” was literally written off of the top of my head in Los Angeles, California,” RYLI told Saint Heron about the new single. “I sat down with the producers named Unscripted, and we all started vibing. They played me one track before “Tell Me”; however, as soon as I heard the “Tell Me” beat, I was like, “That’s it! That’s the record!””

This is just the beginning for the Virginian born/New York based artist. In December, RYLI released a music video for her track, “One Night,” via Complex and fan’s can expect even more from the artist soon. RYLI is currently preparing her debut EP, ENTER, which is due out this May followed by her debut album coming out this summer.

Check out the sultry tune below:

We love when fresh new talent comes our way! Missing the R&B male group prospective, new to the scene, History In The Making — may just fill that void. Check out more below….

END_OF_DOCUMENT_TOKEN_TO_BE_REPLACED

SFPL introduces singer/songwriter, Chartel! Based in Philadelphia, Chartel has shared the stage with some of music’s elite performers including; Eric Roberson, Robert Glasper, Syleena Johnson, and more. As a background vocalist for BET Music Matters artist Leah Smith, she has appeared on BET’s 106th & Park and the prestigious BET Honors Celebration, and has traveled the East Coast performing at such venues as the famous SOB’s in New York and the Howard Theater in Washington, D.C.

Now, as she works on her debut EP, she has released her first single, “Make Up Your Mind to Love”. The single, which deals with the idea of loving someone who’s love is not explicit in its return, highlights not only Chartel’s vocal strength, but her intuitive and poignant wit as a songwriter. With a musical style that we like to call Pop-soul, her debut single is not only a great listen, but it challenges listeners to do what we were created to do and that is love, unapologetically.

Upon the very first look, you want to know what she does. She looks soft enough to be a singer, but she definitely has enough edge to be a rapper, but WAIT…she’s BOTH! Step into new music sensation Paloma Ford! Team SFPL, recently caught up with the new artist to see what all the buzz was about and we think you may like what you read…