Landing in from the borough of Queens, New York, eclectic lyricist Anik Khan drops another music gem entitled “Cleopatra” co-produced by Melo-X and Anik himself. Intertwining his Bengali roots with hip-hop, Anik delivers the most distinct sound which puts the artist in a totally different lane.

Listen to the song above as Anik Khan’s makes sure his leading lady is fit for a King, as he wants someone to treat like royalty.

The weekend is here and Innanet James just delivered THE anthem to prepare you for the last days of summer. Today, the talented MC dabs with Queens native Anik Khan to present a thumping new track entitled “Flavour.” The catchy song was birthed from James’ current project Quebec Place.

Gearing up for the release of his debut LP, artist Anik Khan exclusively premiered his EP I Don’t Know Yet and his video “Nomad Man”.

Born in Dhaka, Anik Khan immigrated to the United States with his family at an early age and settled in Queens, NY where he describes his low-income building as a true melting pot of different ethnicities sharing the same daily struggles. He embodies this on the track so much so that Hip Hop Wired has deemed Anik as one to watch saying:

“Hip-Hop has become a little too buddy-buddy as of late. A lot of smiles, pointless collaborations and the like are constantly being flung our way. It’s a middling concept a chunk of the rap community is operating under, but Anik Khan is crossing the competition out with a “k” without the gang-banging sensibilities for his new track, “Khanversations. ”

Anik is hard at work finishing up his debut album due out this summer while outlets such as Noisey/VICE have praised Anik saying:

“He can rap and sing and he’s from Bangladesh but grew up in Queens, and generally seems like a compelling, skilled dude who’s interested in cross-cultural pollination in a real, meaningful way”.

The multi-talented musician who truly believes that culture is the most divine form of education, is looking forward to shedding light on his culture and connecting with fans through his music. With co-signs from Noisey/VICE to Pitchfork, Hypetrak, Pigeons and Planes, Stuff Fly People Like, VIBE, AXS, Yahoo!, Mass Appeal, VIBE, Earmilk, Source, and more, Anik is leading the pack as one of today’s most influential artists of 2015.
Listen to ‘IDKY’ the EP and watch “Nomad Man” below:
Twitter.com/AnikKhan
Instagram.com/AnikKhan
Facebook.com/AnikKhanMusic
Instagram.com/AnikKhan
AnikKhanMusic.com

Queens, New York MC, Anik Khan is back and kicks out the truth on his new track entitled “Khanversations.”

In the song, Anik’s hunger for the realness exudes through his lyrics, as he explains this “rap sh*t” is his life, which he eats, lives and breath in it.

Tune-in below to see what AK has to say:

Keep Up With Anik 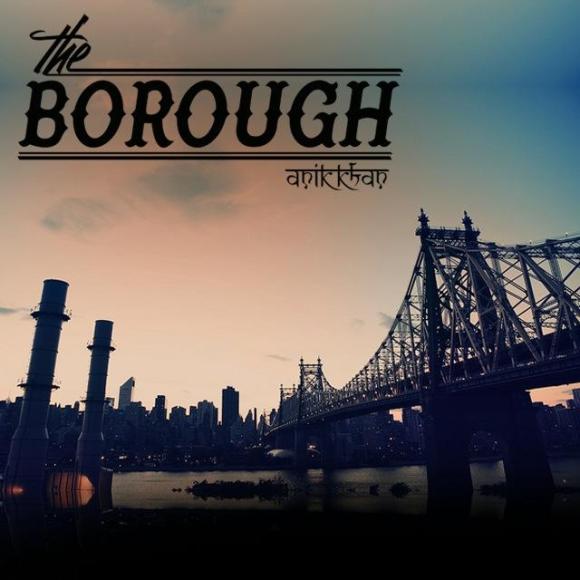 Bangladesh made but Queens rooted, multi-talented lyricist Anik Khan provides a remix of Drake‘s “Days In The East” with his own twist.

Take a trip over to the blocks of Queens with Anik and check out how things go down in “The Borough”:

For more info, head over to Anik’s official website.