Of course, it was live and poppin’ right in the heart of Los Angeles at the All Def Comedy Live presented by CELSIUS & All Def Digital, Powered by The Brand Group. Attendees spotted were: O’Neal McKnight, Andre Harrell, Russell Simmons, Terreance J, Stephen Hill, Cortez Bryant and Lou Williams (Lakers).

Check out a few pics on the next few pages…

Last Night In L.A….Big Sean and a number of celebs were on deck for Celsius presents All Def Comedy Live to see comedian CP perform for the audience who seemed to love him! He walked on stage to the Sean’s Hit Single “IDFWU” as the crowd danced along to the song. 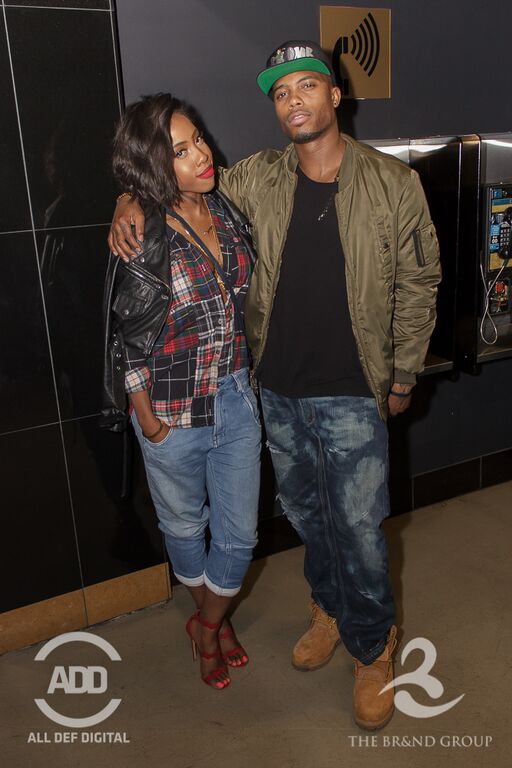 All Def Comedy Live presented by Russell Simmons & Celsius, Powered by The Brand Group was a packed house last night including new couple B.o.B and songstress Sevyn Streeter cuddled up in their VIP section with popcorn and soda as they enjoyed the comedians like Na’im Lynn who is Kevin Hart‘s right hand man.

Let’s get into Sevyn’s fashion game though! We LOVE it! #SoFly

E! frontman Terrence J showed up for a couple of laughs as he dapped up Russell Simmons and Andre Harrell upon arrival.
Spotted was BBWLA star Malaysia who is gearing up for the return of the reality show which airs in a month.
Also caught in VIP was Glee Star Amber Riley & friend and mogul Cortez Bryant. The night was full of laughter and drinks with our favorite celebs who kicked up their feet and put down work for a little and enjoyed themselves.
Photo Cred: Kass/ Ken for The Brand Group
More pics below:
[ione_media_gallery id=”121082″ overlay=”true”]

Last Night in NYC at Marquee Sean Diddy Combs led the charge as he and the Revolt TV crew hosted it’s first ever ‘Ominifront’ presentation.

END_OF_DOCUMENT_TOKEN_TO_BE_REPLACED

Andre Harrell brings his group Hamilton Park back into the picture with a new cut entitled “DERRIÉRE” featuring rapper Alley Boy. Peep their new video below…

END_OF_DOCUMENT_TOKEN_TO_BE_REPLACED

Recently we were given the opportunity to chat with Harrell Records/Atlantic Records Up and Coming group, “Hamilton Park,” and we were thoroughly impressed by their personable, yet humble attitudes, as well as their drive and determination to reach their goals! Always the Southern Gentlemen, they discussed their love and passion for music, how they were given the opportunity to be able to sign with Harrell Records, and their future goals for themselves in this business.

Check out our FLY interview, as well as the Official Video to their Hit Single, “Computer Love…”

Hailing from Atlanta, GA, their bond formed within on the grouds of the Hamilton Park Recreation Center, through their love of Basketball, and more importantly, through their love of the Church, and we know, every guy group who ever made an impact in our history of music, started off in the Church. Consisting of 4 talented brothers, Royce P, Chris Voice, Mr. Marcus Lee, and Anthony, their harmonizing vocals sound as if The Most High placed a special annointing on their throats as hearing them sing a capella sends chills up and down your spine…. In 2010, Andre Harrell with Radio One began the “Superstar Soul Search” in Atlanta, with the grand prize being a record deal with the new Harrell Records. The guys weren’t able to partake in that particular competition but as blessings would have it, they were soon able to perform for him live, and the rest is history!

Reminiscent of our precious Groups, like Jagged Edge, and 112, they embody the legacy of ATL’s guy groups, and have throughly captured the essence of “…bringing the music back into the bedroom,” according to Mr. Marcus. He continued to explain to us that, “a majority of groups have 1 lead singer, or even 2, but in Hamilton Park’s case, all four of them have the ability to sing lead, and that definitely says something in this age of music.” Anthony expanded on that point, letting us know that Hamilton Parks vocal and harmonizing ability could be compared to, “being in your grandmother’s kitchen, getting some of that Fried Chicken, Cornbread, Baked Macaroni and Cheese, Butter Beans, Greens, Sweet Tea, just real feel good music. Not an easy meal, music that takes time to cultivate…”

You hungry yet?? Lol

Their Hit Single, “Computer Love,” has the ladies going crazy! It’s a song that can really relate to everyone in this day and age because ALL of us have participated in some type of “Computer Love,” be it sending that special person a picture of you when ya’ll are apart, or twitpic’ing a pic of how fly you might look so the world can see. And speaking of Fly, Anthony let us know that, “being fly is all about doing you, and doing you well!” That is definitely FLY!!

One thing in particular we were impressed with was their humility. When asked, “What’s most important in your lives right now,” the answer wasnt about the fame, the girls, the expensive things, but simply, “the opportunity to be able to place our families in better situations,” and we thoroughly commend them for their priorities being in exact order. That is what we truly miss about our Southern guy groups. That down home charm and hospitality that is exuded through their attitudes. Hamilton Park is sure to be around for awhile. Their brotherhood is that of love, support, and dedication. Royce P told us, “There will never NOT be a Hamilton Park. In the future, of course there will be things that might be done separately, but there will ALWAYS be Hamilton Park…”