It looks like Chris Brown’s mother was correct. In case you missed it; a few days back, Chris Brown’s brand new house was broken into. His aunt was currently home while Breezy was doing a club appearance. At first, it wasn’t clear who was in on the crime but Brown’s mother felt like it was someone in his crew.

According to TMZ, Chris Brown and the police believe it was a few people in his crew that had something to do with the robbery. Not only someone in his crew but a club promoter as well. Brown had just scored 50k from a club appearance and placed the money in a safe at home. Only someone who was around Chris at the time will know that he had that money and where he placed it.

Police don’t just believe it was someone in his crew, they believe that Blood gang members were involved as well. Members of LAPD’s Gang unit were assigned to handle the case. Seems like Mama Joyce and Chris’s camp is putting their foot down. Brown was told that he needs to get rid of some people in his crew. We couldn’t have agreed to anything better than this. Hopefully this situation will teach Breezy that hoes aren’t the only ones that ain’t loyal — but the people you call “bro” ain’t either.

UPDATE 7/16: Cops may have a lead on Chris’ Home Invasion

More news has broke about Chris Brown recent Home Invasion. Law enforcements now believe that Club Promoters may have been involved, which relates back to a recent club appearance that Chris was paid for, in CASH. While the intruders were in the Chris’ establishment, they were aware of the identity of the homeowner and immediately asked his aunt where the safe was located. At the same time, hinting that they also knew about the $50K.

We will keep you updated as the story still develops…

According to TMZ, sources claims that whomever was the mastermind behind the organized crime was in search for 50K that may have been lying around somewhere in Brown’s home.

It has been reported via TMZ, that Breezy’s newly purchased home has been invaded, turned completely upside down, property was stolen, and Aunt was held at gunpoint. His Mom believes that it was an inside job by his “friends.”

Check out more after the jump…

END_OF_DOCUMENT_TOKEN_TO_BE_REPLACED

IT’S OFFICIAL! THESE TWO TOTALLY HATE EACH OTHER. SMH.

Father, let us pray…Dear Lord, please keep these two away from each other…In Jesus name, I pray. AMEN.

What in Cinder Hell is going on?! It looks as though, Shanghai Sharks Guard, Gilbert Arenas is quite fed up with his ex-wife Gloria Govan, yet again.

TMZ reported, that Arenas recently smashed Gloria’s car that she drives with a cinder block after she allegedly threw his computer in the pool and/or screwed up his Netflix account. Basically, Gilbert tossed a big ass rock at the car, therefore, adding quite the damage to a car that he allegedly paid for. Smart, I guess. *side-eye*

Gilbert and Gloria both have a total of 4 kids together, and as of recent, they have both been going back and forth over a number of issues, in and out of court. Remember, the engagement ring that he recently took back? Yeah, that’s just one example.

As of recent, Govan demanded an emergency restraining order against him this week, claiming he threatened her life saying: “I want you dead or in jail or broke.” But the judge completely shot her down.

This seems to be a repetitive action of Gloria’s. Gilbert recently took his feelings to social media about Gloria’s various attempts of trying to restrain him through court. He says: “Another victory in court. I’m not the one to keep score but ur 0-16.”

Also, just this past Thursday, Gilbert called out one of his favorite strippers on IG for buying her boyfriend some new sneakers with his “tip money”:

Let’s just all say a little prayer for Gilbert, Gloria and well, maybe the stripper too. They should just all stay clear away from each other. That’s all.

On a serious note, hopefully, Gloria and Gilbert can reconcile their differences and focus on the kids, which is more important at this point. Live your love lives separately, but as parents be there for your children. 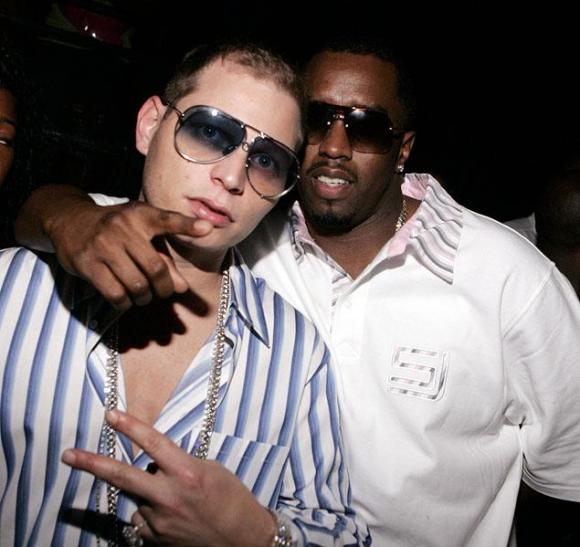 Scott Spencer Storch is known for a plethora of hits that even we lost count a long time ago! Now, the veteran producer-hitmaker is reportedly broke and is now filing for bankruptcy…again.

Storch has worked with artists like: Christina Aguilera, Justin Timberlake, Chris Brown, Lil Wayne, Pink and so many more — making him worth $70 million over time.

Originally, he blew $30 mil in a 6 month span on drugs, women, cars, houses and the list goes on. That was the first draw.

Today, TMZ reports that Scott only has $100 in his pockets, $500 in clothing and a $3k watch. And, what makes it even worse, his music companies are valued at $0.

While filing his papers, he also claims in the bankruptcy docs that he made a grand total of $10,000 last year.

This should definitely be a lesson for every rapper, producer, artist to put your money away. Save it. Invest it. Be smart.

Just when you think things couldn’t get any worse…

Music Mogul and Ciroc Commando, Diddy is being accused of making “Terrorist Threats and/or Remarks” all during his UCLA fight….allegedly.

In case you missed it, Puffy was arrested on Monday at UCLA. The Football’s Strength and Conditioning coach Sal Alosi was screaming at Justin [his son] during the session at the university athletic complex.

Of course, Mr. Combs peeped the entire situation from the sideline, and wasn’t too happy about what was going down. Per on-lookers, the coach “was riding Justin, screaming intensely at him.”

Long story short, Diddy confronted the coach and it all went down-hill from there, getting into a scuffle — he allegedly swung a kettle ball, and Campus Police ended up taking him into custody early Monday afternoon.

Now, after all the debacle, Diddy is now being accused of making “Terrorist-like” remarks. [How convenient for one to accuse of, at this point and time…insert *side-eye*]

Now, more charges are appearing such as:

Claims are being made that Diddy was allegedly screaming threats at Alosi and 5 to 6 other people who tried to break up the scuffle. Later on, he was eventually released on bail after posting $50k bond.

We’re hoping that this all gets swept under the rug. At the same time, Diddy should have never approached the coach at all. But after all, it was post-Father’s Day, so his defense guard was clearly still freshly in tact, waiting for something to go down.

Diddy, just stay away from the practices.

Diddy’s New Fragrance Ad With Cassie Banned For Being To Racy.

The Curse God of them all, Lil B takes his talents over to ESPN‘s Cursed or Not Cursed and plays your local Church Mother and/or Grandma, while being asked about a number of NBA players who may or may not have been damn-near cursed by the trending young rapper. We will just leave this here…

Rachel Dolezal broke her silence with TODAY‘s Matt Lauer in an exclusive interview, as she identifies as black, and has been doing so since the tender age of five.

In the interview, Rachel dodge the bullets, as Matt clearly asked her a series that were very direct and to the point, so that there’s a clear understanding as to why she “played” the African-American role.

“I was drawing self-portraits with the brown crayon instead of the peach crayon, and black curly hair.”

“I do take exception to that because it’s a little more complex than me identifying as black or answering a question of, are you black or white?”

“I have a huge issue with blackface. This is not some freak “Birth of a Nation” mockery blackface performance,” she said. “This is on a very real, connected level. How I’ve had to go there with the experience, not just a visible representation, but with the experience.”

Clearly Rachel has been dealing with a complex issue for some time now, but even the complex side has an expiration date when you add other factors in that she has done to “protect” herself. At this point, Rachel is a fraud. The interview didn’t help state her claim at all, as she stated nothing with “facts” that would her side of the story.

Rachel, our prayers goes out to you. It’s time for a nice long vacation.

Check out the full interview below:

We take to birth certificates to name our children. We take to iTunes to name our playlists. But yesterday, fly girl Khloe Kardashian took to instagram to name her Camel Toe. Check out more below…

END_OF_DOCUMENT_TOKEN_TO_BE_REPLACED

The word “Divorce” has been trending this week, as celeb couples have aired their now non-existing relationships with hints and rumors of infidelity. Adding on to that rotation, is now reality tv stars, Kendra Wilkinson and Hank Baskett. Rumors have been flowing around very heavy about Hank allegedly cheating on Kendra with a transexual. Check out more of the story and a short clip of Kendra speaking with E!’s Guliana Rancic below…

END_OF_DOCUMENT_TOKEN_TO_BE_REPLACED 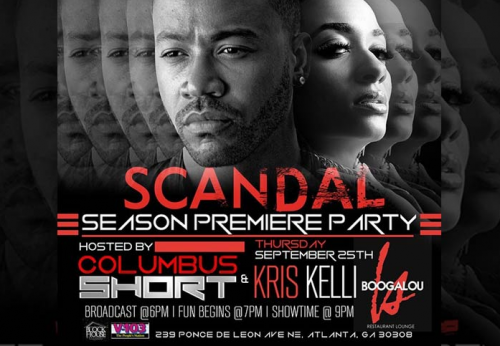 Yes, you’ve read it correctly! Actor/Dancer/Choreographer Columbus Short is not going out without a celebration! Today, it was announced that Short will be throwing a ‘Scandal’ premiere in Atlanta, celebrating his death on the much-anticipated hit series, as well as, debuting his newest single ‘GLADIATOR’ with Kris Kelli featuring Skinny. Peep more below…