TMZ has obtained footage of the now “infamous” Vegas nightclub brawl between Ray J and Fabolous. I mean, I can’t see much from this footage, but it does appear as if 50Cent was a supreme instigator, who in fact uploaded the battery in Ray J’s back pocket.

I should have known.

TMZ has learned that 50 had been the one encouraging Ray to confront Fabolous about his Tweets and it came down to the wire in Vegas. In this clip, you can see 50 standing right in between Ray J and Fabolous with a silly grin on his face.

Although it appears as if 50 started it, he was one of the first to break it up. This is why I’m not a fan. I knew Ray J wasn’t built for that life. I’m over this entire situation. I’m just annoyed that grown men act like this. Smh

Before the footage leaked, 50 checked in with Funkmaster Flex on Hot 97, giving his two cents on the situation, as if it would help. He claims Ray J tapped Fabolous on the shoulders and swung at him, but Fab wasn’t hurt. “There was a swing, but it didn’t land on nothing, so you can’t call it a punch,” he said.

The juice makes a nobody a somebody in the flesh.

I rest my case. 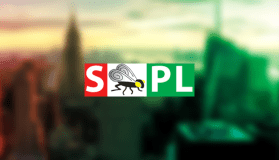