The Merge Summit (Founder-Dr. Holly Carter; Co-Founder and Co-Chairwoman-Robi Reed; Chairwoman-Traci Blackwell) is a unique event created to inspire synergy with faith based and entertainment industry leaders to educate, uplift, and encourage attendees to aspire towards their professional and personal goals. The theme of this year’s celebration was “Infinite Possibilities” as a way to allow the Summit to serve as a proper launch pad to propel attendees into their vision.

As The Merge Summit intentionally believes in a holistic approach, guests were also treated to massages and relaxation techniques at The Wellness® Lounge.

In addition to the educational panel experience, attendees were invited to participate in entertainment based events, including a faith based comedy show, CHURCH OF LAUGH LIVE hosted by actor/comedian Jonathan Slocumb, The Playmakers and NotKarlton Banks and the FREE-PHYER XPerience Concert featuring Kierra Sheard.

As an added incentive for Platinum Level guests, the Merge Summit included an exclusive screening of The Birth Of A Nation, featuring a surprise post-screening Q&A with the film’s lead actor and director, Nate Parker, and TV personality/journalist, Jawn Murray.

“I wanted people to believe that this year’s summit was designed with them in mind to achieve the infinite possibilities that awaited them. From the personal testimonies, the feedback and word of mouth, I think the mission was accomplished. I feel humbled as this was God’s doing and it’s marvelous in my sight,” says Dr. Holly Carter. 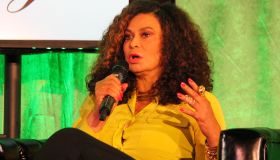