Following the late 2015 release of his Zapp & Roger Troutman-inspired southern jam “Old Skoo,” the young Louisville, Kentucky-based multi-instrumentalist, producer, rapper, singer, and songwriter Sabatahj takes us back to the ’90s with “Crush Grooves.” Featuring vocals from Felly The Voice (who’s penned songs for J. Holiday, Dawn Richard, Keri Hilson, and more), the single puts a stamp on Tahj’s unique, sensual style of music, and opens a new chapter of the 502 Come Up.

“‘Crush Grooves’ is a style of music I’ve created using the influences of early ’90s Southern rap, mixed with sensual contemporary R&B. [It’s] a style of music based on my perception of sex and love.“ – Sabatahj

Check out the Notorious B.I.G.-inspired cut above.

If imagination is the single most important component of creativity, then Sabatahj is at the pinnacle of what every artist aspires to be. As an adept multi-instrumentalist, producer, rapper, singer, and songwriter, Tahj’s extraordinary talents are all intrinsically intertwined in one imaginative love child of ’70s funk/soul and ’90s r&b/hip hop.

Early influences such as UGK, Outkast, Scarface, Nas, and DMX along with multitudes of funk and soul essentials such as Sade, George Clinton, and The Isley Brothersserve as critical building blocks to the artist Sabatahj is today. He began writing poetry at the age of 13. As he grew into himself as a musician, Tahj’s poetry inevitably evolved into songwriting. The son of a country singer, Tahj began carving his own lane when he started rapping in 2007. Singing only became a part of his arsenal by trial and error, when he attempted singing for the first time over T.I.‘s hit “ASAP” instead of rapping. What resulted has become Sabatahj’s unique blend of The Weekend’s spellbinding falsetto, The Dream‘s stark sensuality and melodic sensibility, and Curtis Mayfield‘s non-conformity and innovation.

Overall, Sabatahj is a character. An inner thought. An average, colorful guy whose songwriting is existential. The only male R&B artist on the 2G4TV label, Sabatahj assumes the alter ego “Mr. Nasty Time” on his cult-championed 2013 mixtape ‘Guilty Pleasures.‘ The project’s unpredictable, funky vibes, and sexually-charged tunes are the result of collaborations with co-producers such as Kountdown, Trixx Music, Johnny Juliano, West End Goldie, and Blake Anthony. After a nearly three year hiatus, Tahj is set to return with new music that is sure to guarantee his ascent to the top. 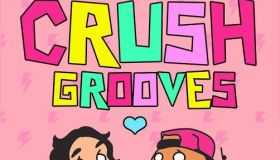