Entertainment One Music (eOne Music) celebrates the new music video release from the music group KlarKent, for their song “Oh My God” featuring Derek Minor, one of the new songs featured on the star-studded album Saints & Sinners: Original Soundtrack From Season 1, the soundtrack companion to the hit Bounce TV show Saints & Sinners.

Filmed in Los Angeles and directed by Toroh Films, the music video made its broadcast debut with a world premiere that aired this past Sunday, April 10, 2016, on Bounce TV, just prior to an all-new episode of ‘Saints & Sinners’.

The soundtrack is available on all music streaming networks. 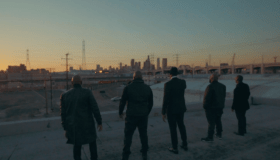