The English artist enlisted Naomi Campbell to appear in the visual and tapped Riccardo Tisci to oversee its artistic direction. The end result is a chilling and beautiful video; where Campbell lip syncs the tracks powerful lyrics, at one point with tears streaming down her face. The striking visual also features a group of modern dancers and contortionist, whose movements only further exemplify the songs heartbreaking lyrics.  The video was directed Nabil, whose credits include Kanye West, Travi$ Scott, and Beats By Dre.

ANOHNI’s describes “Drone Bomb Me,” as “a love song written from the perspective of a young girl in Afghanistan whose family has been executed by unmanned U.S. drones.” This is the first single off her upcoming album HOPELESSNESS due out May 6. 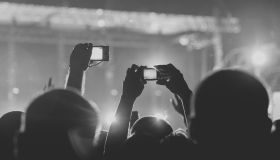