Well at least in this show it isn’t. The stakes are getting higher and the pieces are falling down one by one in this epic game of human chess. This weekends episode of Power didn’t fail to disappoint one bit. Sit back grab a chair and step into our FLY Recap of Episode 9 of Power, Season 2. 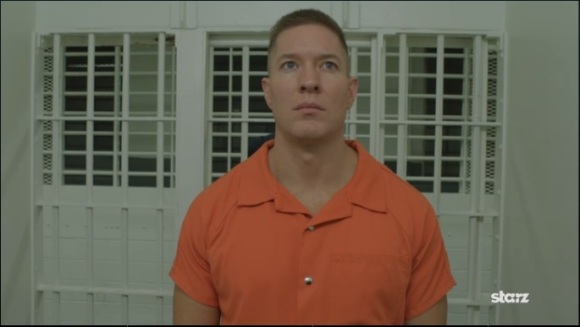 FREE TOMMY! The show opens up with Tommy being processed fresh off his arrest during the operation to bring in Lobos. Poor Tommy is going through the motions, the guards at the prison aren’t making the process any easier as well. One female guard was noticeably enjoying the process a little too much during his strip search.

Tommy immediately goes to see the judge to determine if he is eligible for bail, on his way there he thought he saw his buddy Ghost but he was sadly mistaken.

Once he makes it to court he is surprised to see he has a lawyer (Proctor) already in place for him courtesy of Ghost.

Angela and her crew arrive and successfully convince the judge that Tommy can’t be trusted and shouldn’t be granted bail. Welp!

Tommy not to pleased by that gives his lawyer the mean side eye and Angela a dirty look on his way out before asking the guard when is he getting his one phone call. Meanwhile the new couple on the Power streets are getting real cozy with each other. 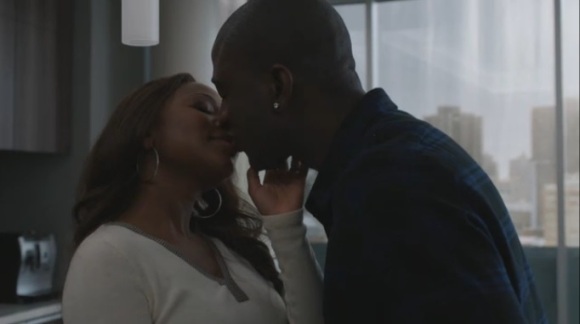 Can we just add how annoying these two are! Shawn is clearly on cloud nine now that he finally got the girl he tells her “this is how I want things to be” and Tasha seems to be sitting on the same cloud with him by replying “me too!”. The love fest is quickly interrupted by a phone call. Can you guess who? 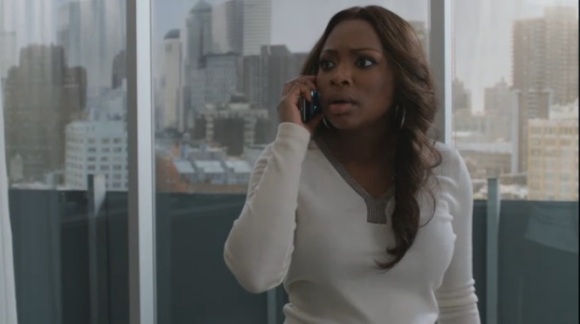 That’s right it’s Tommy bearing bad news that Shawn didn’t want to reveal to his new boo.  Tasha immediately looks at her jawn and asks “where the f**k is Ghost?” We imagine Shawn gave her this face…

Fresh off their minor victory in court team feds regroup at the office. Mike is very impressed with Angela’s work as of late and gives her some rare praise for knowing where the meeting was. He did question as to how Angela acquired her information and she told a little lie about how she was able to learn of meetings location. Greg though on the other hand knows the truth, well he think does. 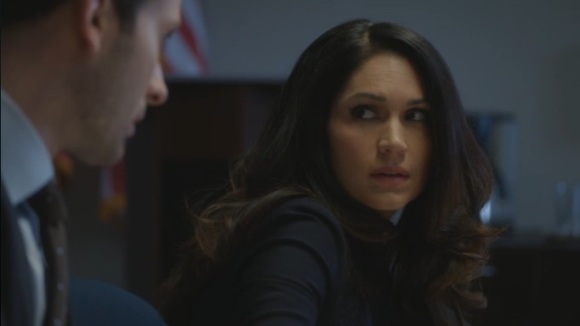 He tells Angela she eventually has to tell Mike the truth and she will have to bring in Ghost to testify against Tommy. Definitely not what Angela wants to hear. Angela runs to Ghost’s crib to inform him of the recent developments.

Angela hasn’t seen Ghost since the Lobos meeting and his amazing disappearing act. She immediately points out to Ghost that he changed his cell phone and wants to know why he did. Ghost tells her because his number has a tendency “to get into the wrong hands”.

Ghost still playing dumb speaks on Tommy’s arrest and points out that Angela informed him that Tommy is a small fish compared to Lobos. Jamie asks Angela if she can help Tommy out she tells Ghost his only way is out is if he testifies against Lobos. Ghost already knows that is out of the question and reminds Angela she is from the same neighborhood and she knows how the game goes. 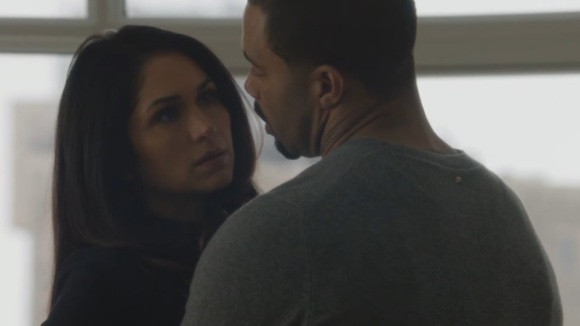 Ghost tells Angela she has to consider what matters to her the most and that will help her make a better decision. Angela tells Ghost she will think about what she can do to help out Tommy. Shawn meets up with his dad Kanan and Dre to discuss their power move to rub out Ghost.

Shawn wants Tasha all to himself and it shows with his acceptance of this dumb plan to eliminate Ghost for his father. Kanan explains the plan to Shawn who still seems a bit wet behind the ears as he listens to Kanan. Dre hands Shawn a silencer for the gun his pops handed him earlier in the season and tells him it goes on the front of the gun.

They never really explain why Dre and Shawn don’t get along but the fact that Kanan lets Dre talk to Shawn like that in front of him is hilarious. With all the details hammered out about the hit, the plan is officially in motion. Kanan gives a Shawn a chance to back out of the plan but Shawn insists he is ready to go. Meanwhile his new boo Tasha after learning of Tommy’s arrest heads over to Ghost’s crib like a bat out of hell.

Tasha immediately kicks off the argument by yelling “I guess that dick ain’t what it used to be!”.

If it’s one thing you don’t do, it’s put into question a mans manhood and ability to lay down the pipe. Tasha is clearly spooked because Tommy is in jail and fears Tommy is going to flip if he gets convicted. Ghost is as cool as the other side of the pillow tries to calmly tell Tasha not to worry and that he has everything under control. OF COURSE, Tasha still yelling insists he doesn’t and we know Ghost is thinking in his head he may have to choke this chick.

FINALLY though Ghost put Tasha in her place we are completely here for it.

CONTINUED ON NEXT PAGE…

Wow. Nice breakdown of the episode.

These recaps are what that is! The line that got me in the show though is when Ghost called Shawn a “Fuck Nigga” LMAO!!!!