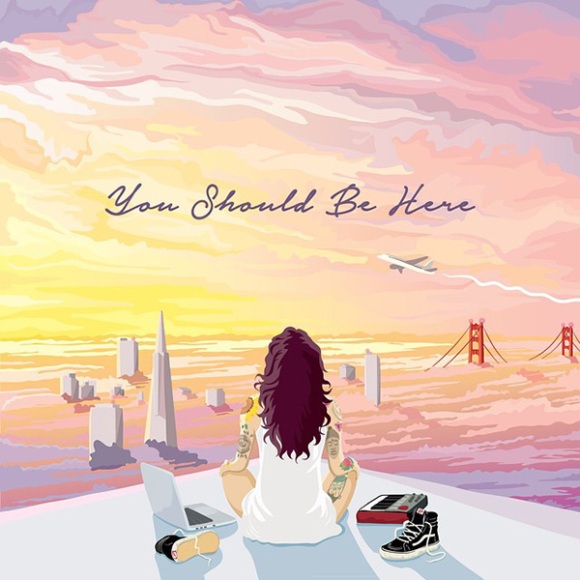 Today is the day! Our Fly Girl, rising singer-songwriter, Kehlani drops her brand new mixtape, You Should Be Here, the follow-up to her debut mixtape Cloud 19 (Fall 2014). The 15-track project is currently available for purchase and is currently streaming in full on Spotify and Kehlani’s SoundCloud. Production was handled by frequent collaborator Jahaan Sweet, as well as the likes of; JMIKE, Billboard, Coucheron, among others.
#YSBH includes previously shared premiere sounds like: “How That Taste,” “Down For You” featuring the soulful vibes of BJ The Chicago Kid, “Jealous” with Lexii Alijai, “Alive,” and “The Way” featuring Chance The Rapper, which we posted here on SFPL yesterday.

Kehlani  delivers so much intensity through her music that it draws in your complete, undivided attention. With truthful lyrics, raw but diverse sound, Kehlani brings back the true elements, and essence of R&B/Soul. If you haven’t already, get into the realness of what is….KEHLANI.

Since the release of new projects following breakout performances at SXSW, Kehlani has received much acclaim from the likes of The Fader, Rolling Stone, Complex, VICE/Noisey, VIBE, Nylon, Billboard, New York Magazine, Stuff Fly People Like, XXL, and more, dubbing Kehlani one of the most exciting artists to watch in 2015.

Her inspiration has to come from different love experiences right??

She also mentioned one of her favorite tracks, “Runnin,” which is actually an interlude on the official mixtape, and one of our favs as well:

One reply on “Listen: Kehlani’s New Mixtape ‘You Should Be Here” [Fly Stream]”

[…] Just off of the heels of her new mixtape release on today, Kehlani surprisingly drops a new visual to the title of the project “You Should Be Here.” […]