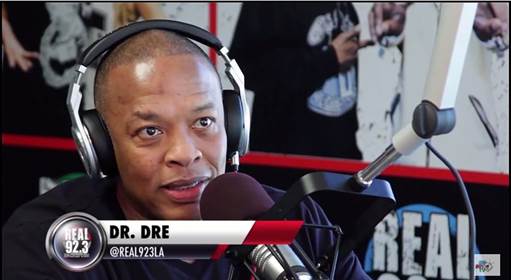 Yesterday, one of hip-hop’s most revered producers came to Big Boy’s neighborhood! Dr. Dre sat down to discuss the highly-anticipated NWA biopic set to release this summer.

“I was worried about it at the beginning. I read it (the script) and was like ‘okay, we can work with this; we can really turn this into something’. Then when Gary Gray got on board that was it. I was in.”

In the interview, he discusses making some of hip hop’s most classic hits like “Nothing But a G Thang,” watching acting newbie Corey Hawkins portray Dr. Dre on-screen, and dispelling some of the myths about NWA’s legacy.

Watch the entire interview below and see the real NWA story in STRAIGHT OUTTA COMPTON, which hits theaters August 14, 2015: